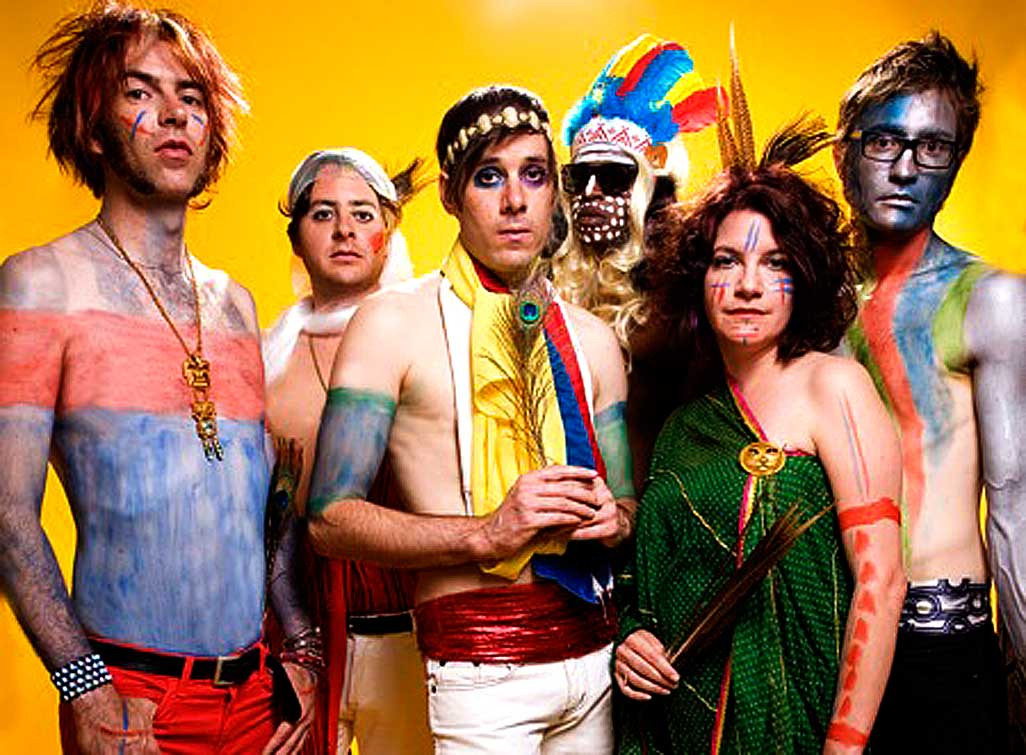 Of Montreal - admit it, we've all been on acid trips that wound up this way.

Of Montreal – Live At Melt! 2014 – Nights At The Roundtable: Festival Edition

Of Montreal – admit it, we’ve all been on acid trips that wound up this way.

There is something vaguely hallucinogenic about this band. Of Montreal have been around for a while. Actually from Athens Georgia, the band derives its name from a failed romantic encounter between front man Kevin Barnes and a woman “of Montreal“. The surreal title only adds to the loopy charm of the band. But they are no bunch of musical jokesters. Of Montreal have been putting out great material since 1996 and they have a large and loyal following to prove it.

Tonight it’s a concert from the Melt! 2014 festival in Germany this past July, and Of Montreal pull off a very engaging and musically tight hour before an enthusiastic German audience.

If you aren’t familiar with this band, you need to be. They’re all over the place musically, but pull it off with a goodly deal of aplomb. It’s a very fast moving hour and certainly can benefit from several listenings on your part.

I’d play it loud anyway – it’s just been one of those kinds of days.