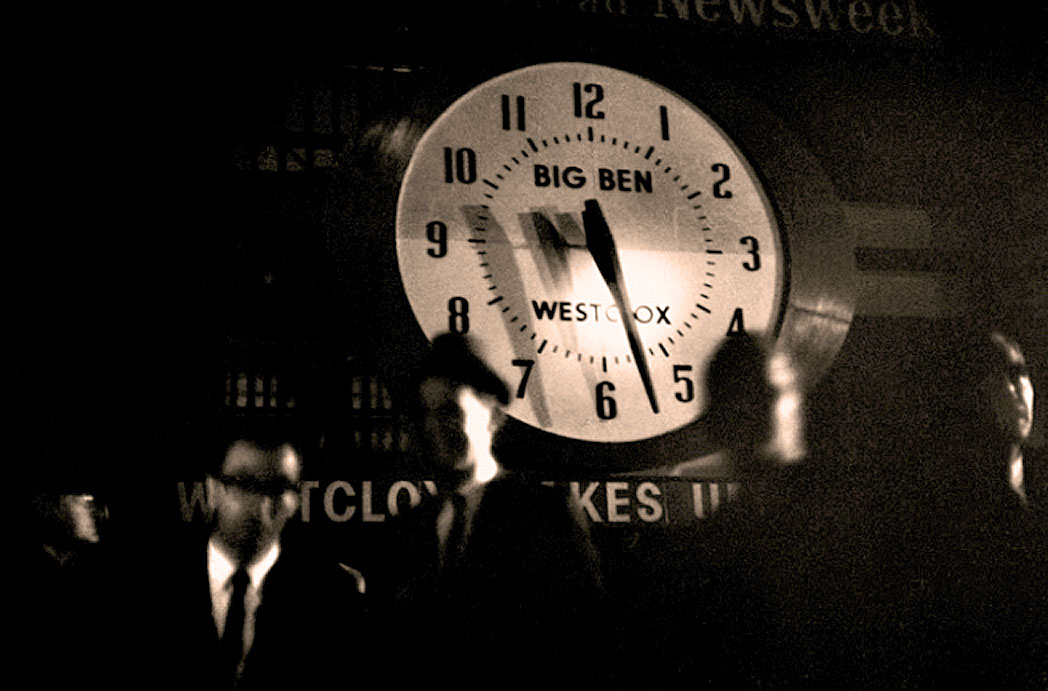 Not the least being New York City and most of the Northeast plunged into darkness on November 9th.

Not the least being New York City and most of the Northeast plunged into darkness on November 9th.

A harbinger of things to come? Maybe. But at the time, the week ending this November 14th in 1965 was no small feat no matter how you looked at it.

Starting with a power outage plunging New York City and most of the Northeast into total darkness at 5:27 pm November 9th. In the middle of rush hour, everything stopped. The city was too stunned to panic – this had never happened before. Trains stopped running, elevators stopped mid-floor, streetlights dimmed and went black. The whole thing had an eerie Twilight Zone aura to it – this was the stuff of Science Fiction, not the stuff of day-to-day. As power company officials scrambled to find the cause, some 30 million people were affected and some 80,000 square miles were left without electricity for the next 13 hours. The upshot to the entire catastrophe was that the crime rate went down to virtually nothing, with only 5 incidents reported. In the end it was revealed, someone goofed – a calculation error some days earlier laid the groundwork for what was a chain reaction throughout the Northeast U.S. and Canada.

Meanwhile, the rest of the week was less catastrophic on the grand scale, but no less historic in the grand scheme of things. Rhodesian Prime Minister Ian Smith announced his country broke with Britain and was now independent, the first time a colony broke with London since 1776. This, hot on the heels of Smith’s unwillingness to abandon Apartheid in the White minority-ruled country and give the Black majority a voice in the government. Sanctions were quickly announced in Britain and the U.S.

The first signs all wasn’t going smoothly in the selling of the war in Vietnam. Draft card burning was becoming a real protest. And self-immolation had now come to the U.S. – 22 year-old Richard Allen LaPorte protested the war in Vietnam by setting fire to himself in front of the United Nations building. Despite efforts to save him, LaPorte died the following day.

Elsewhere. The last boat of refugees left Cuba for the U.S. – it would end the sea-going refugee exodus, replacing them with airlifts. France was lobbying the United Nations to give Red China a seat at the UN. Boeing 727’s were having a rough few months, with several crashes reported throughout the U.S. – it gave rise to concerns of safety about the new jets. Canada went to the polls, giving Liberal Party standard bearer Lester Pierson a majority of seats in the Parliamentary elections, but not a majority in Parliament. That left a question on many Canadians minds if Pierson could actually stay in power.

And that’s a small part of what went on the week that ended November 14th in 1965 as reported by ABC Radio’s Voices In The Headlines.