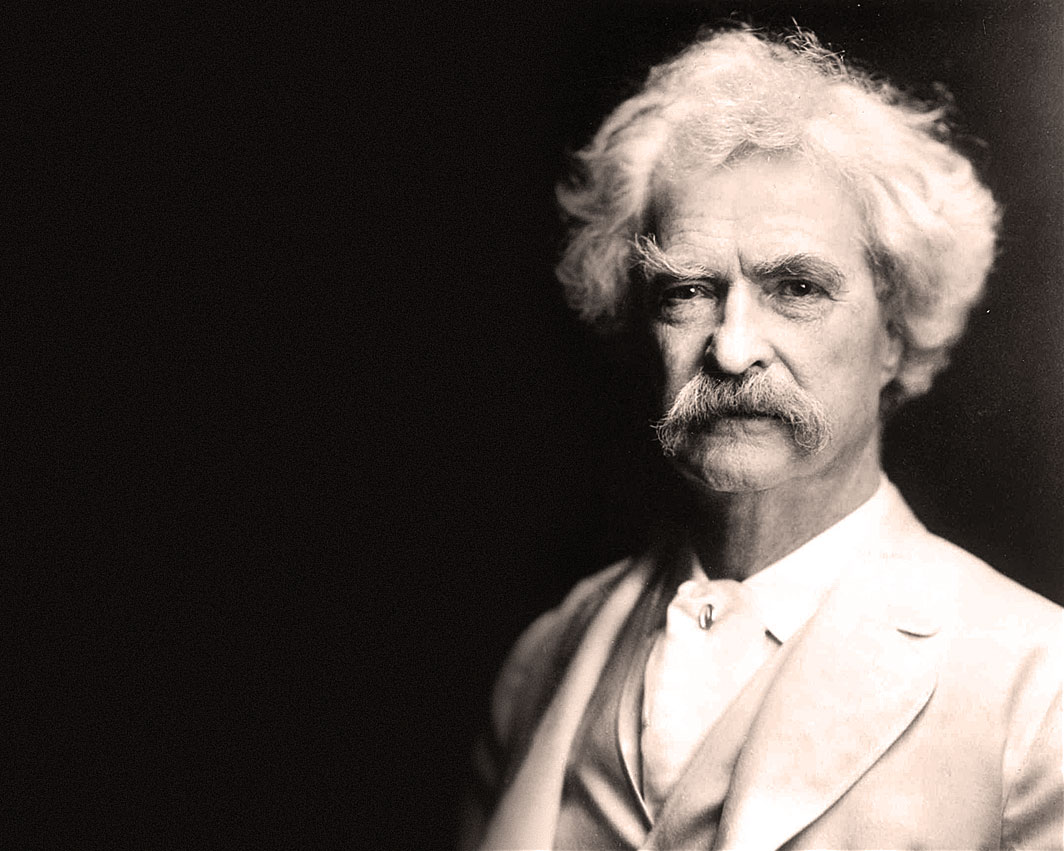 In case you forgot, November 30th will be Mark Twain’s 179th birthday. In 1935, it was a very big deal as that year was the centenary of his birth. So on November 19th, the Mark Twain Society held a series of banquets all over the country, and in may parts of the world to commemorate the birth of one of America‘s Greatest Writers.

In 1935 too, Radio broadcasting was pretty new, and the idea of being able to connect with such far-flung locations as Bermuda, as well as to broadcast all over the world, was a new and exciting thing. A lot of occasions were celebrated this way – partly because of their historic significance, but also as a way of promoting a technological breakthrough in communications.

So this dinner, held in Twain’s honor, was at the Grand Ballroom of the  Waldorf-Astoria in New York and many of the speakers and performers may not ring any bells, because they were notable in 1935, at the time of the broadcast. A little like the commemoration of the Beatles 50th anniversary of their Ed Sullivan appearance just recently. A lot of people talking about the event and the figures, most of whom no one will know who they are in 75 years time, but are notable now. So History and Pop Culture are sometimes at odds.

In any event, the dinner honoring Mark Twain’s 100th birthday was an off-the-cuff affair and exciting in that it took advantage of what was at the time a new medium.