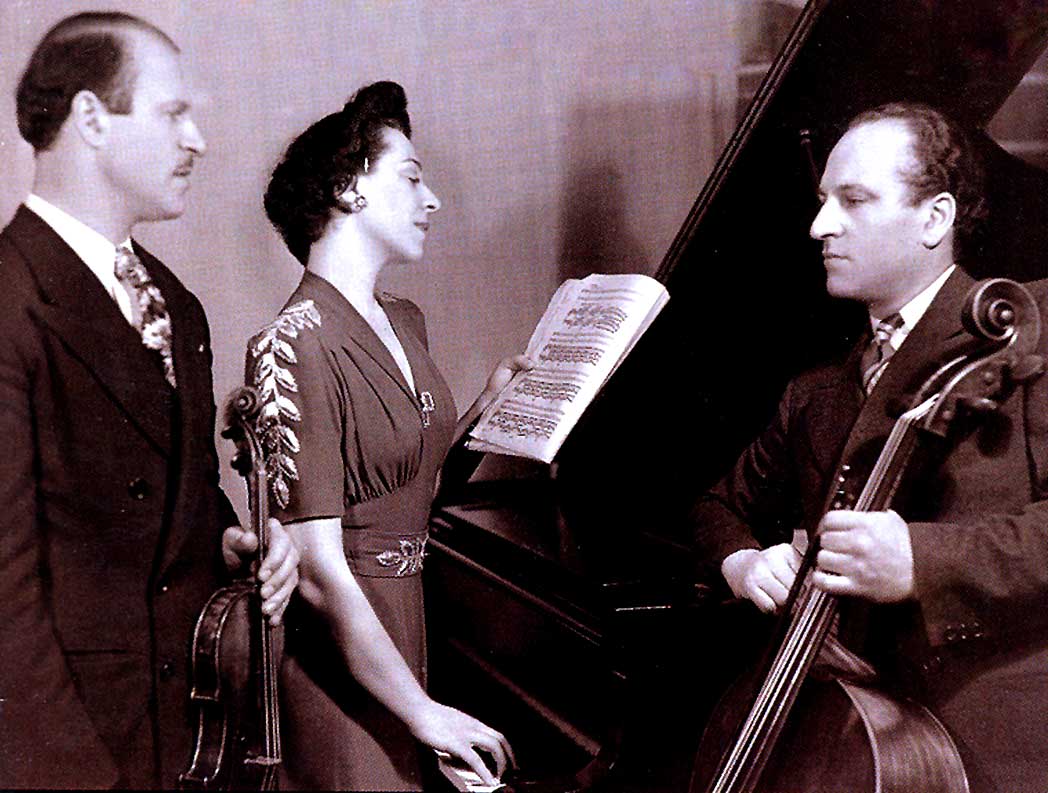 The Compinsky Trio - strived to expose the audience to new music. It helped that they owned a record company.

The Compinsky Trio – strived to expose audiences to new music. It helped they owned a record company.

Some out-of-the-way Americana tonight. Wallingford Riegger is a name familiar to music specialists, but not so much to most audiences, particularly American audiences. Seldom performed these days, he was one of the pioneering figures in early 20th Century American Classical music and music of what was considered The Avant-Garde of the time.

Most likely the reason audiences have kept an arms distance from Riegger’s work is a certain perceived inaccessibility inherent with most “modern” composers. But truths to tell, it’s pretty tame stuff compared to some from the period.

At any rate, this weekend it’s a radio broadcast performance of Wallingford Riegger’s Piano Trio in B Minor as played by the Compinsky Trio on August 18, 1946.

The Compinsky Trio were very much involved in exposing new and lesser-known older music to audiences. And during the era of the 78 rpm recording, that wasn’t an easy task. Fortunately, they came with their own record label (Alco Records – named for Alec Compinsky, the group’s cellist) which did a lot to further the cause, and even for a time sponsored their own radio program locally in Los Angeles. Some of their recordings have been licensed and reissued by other labels over the years. Unfortunately, not very much of their radio programs have survived, and this performance of the Riegger Piano Trio wasn’t issued commercially by them, nor is there any commercial recording of the piece available currently at all.

So – you get to hear this for the first time, if you aren’t familiar – and the only time, since you can’t get it anywhere else.

Still, an interesting work by a fascinating and overlooked composer – even if the radio announcer can’t quite pronounce his name.