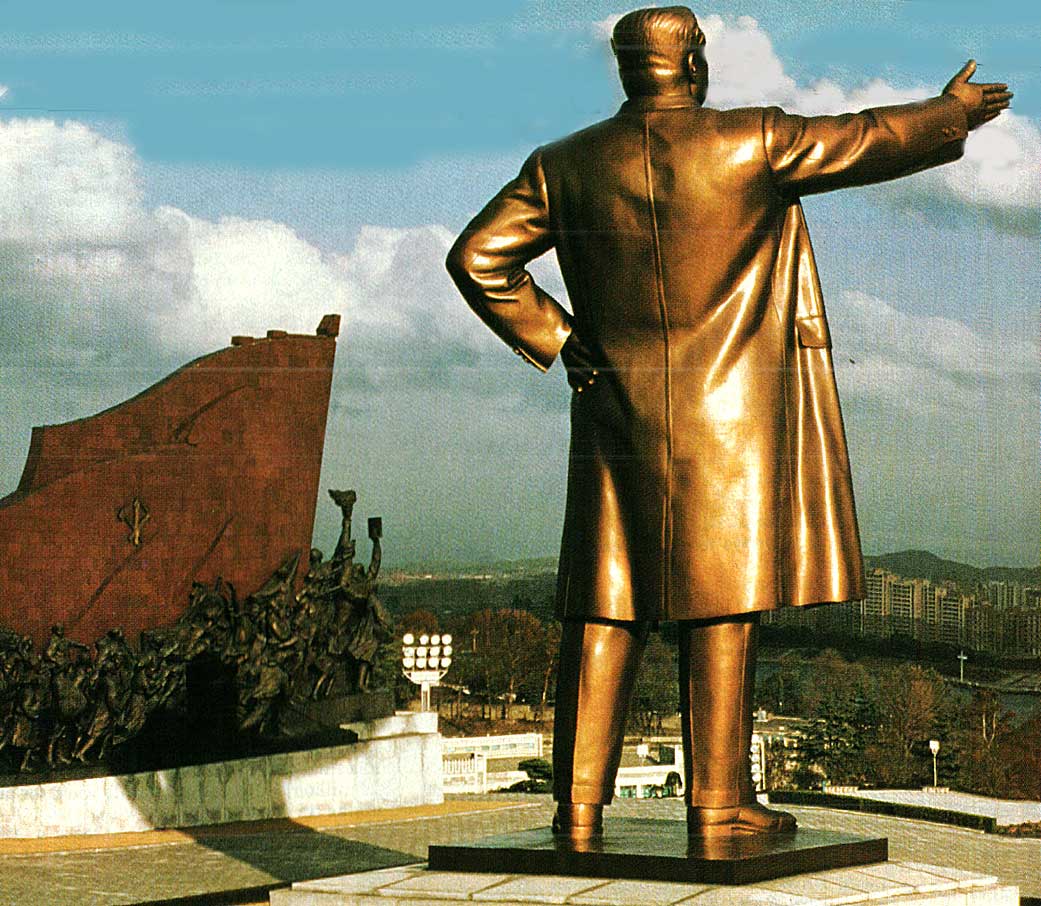 "Our leader flows in the river as a leaf" - weepy proclamations left many puzzled.

“Our leader flows in the river as a leaf” – weepy proclamations left many puzzled.

One of those baffling days in history where the left hand doesn’t know what the right hand is doing.

On November 17, 1986 the big news was coming from North Korea via South Korea, who were monitoring some strange news reports about the goings-on in Pynongyang and the purported assassination of long-time leader Kim Il Sung at the hand of assassins who escaped and fled across the border to China. The news immediately raised speculation that a regime change in North Korea would have many connotations, but what kind? At the time though, the only official news of Sung’s death came from South Korea’s Defense Minister who said that even the CIA, who keeps regular tabs on the Sung regime, said he was dead. To add further confusion to the matter, Defense Minister Li went on to state that, maybe Sung wasn’t really dead but was engaged in a power struggle with members of his military.

The only problem was, nobody was willing to confirm or deny the report and those who could talk, historically didn’t.

So the scramble was on to find out what the real story was. And at the time of this newscast, nobody knew for sure what the story was.

Meanwhile, the world spun relentlessly on. Reports from State Radio in Lebanon said that for a second day in a row Israeli warplanes bombed Palestinian guerrilla positions near Sidon in Southern Lebanon. But no official confirmation.

In West Berlin, two Palestinians have gone on trial amid heavy security for the bombing of a German-Arab Friendship club as well as the bombing of disco which killed two U.S. soldiers and a Turkish woman. The prosecution claimed the bombers received their instructions and explosives via the Syrian Embassy in East Berlin.

Efforts were continuing by Church of England officials to press for release of Western hostages held in Lebanon. When asked about the revelations that weapons had been involved via Iranian sources for release of hostages, Reverend Terry Waite neither confirmed nor denied he actually knew about the secret links between Washington and Tehran, but was expected to be pressed on that question at a news conference later on in the day. The Iran-Contra cauldron was bubbling.

Speaking of Iran-Contra – hearings were scheduled later on in the week over who knew what, who did what and when did they do it. President Reagan was facing a critical decision over how much to reveal about those secret dealings and how much not to. The President’s National Security Adviser John Poindexter indicated there were many details the Administration wanted to keep secret. Critics charged the use of Executive Privilege didn’t apply in this case, while the Administration begged to differ in a big way.

And the political climate in the Philippines was stormy on this day. The Justice Minister in Manila disclosed that two suspects were being sought in the politically explosive murder earlier in the week of a Philippine labor leader, but he retracted a statement made earlier that one had already been arrested. A general strike had been called, but got little support of other labor groups, and the much anticipated chaos didn’t materialize.

And that’s a small slice of what went on this November 17th in 1986, as reported by The CBS World News Roundup.