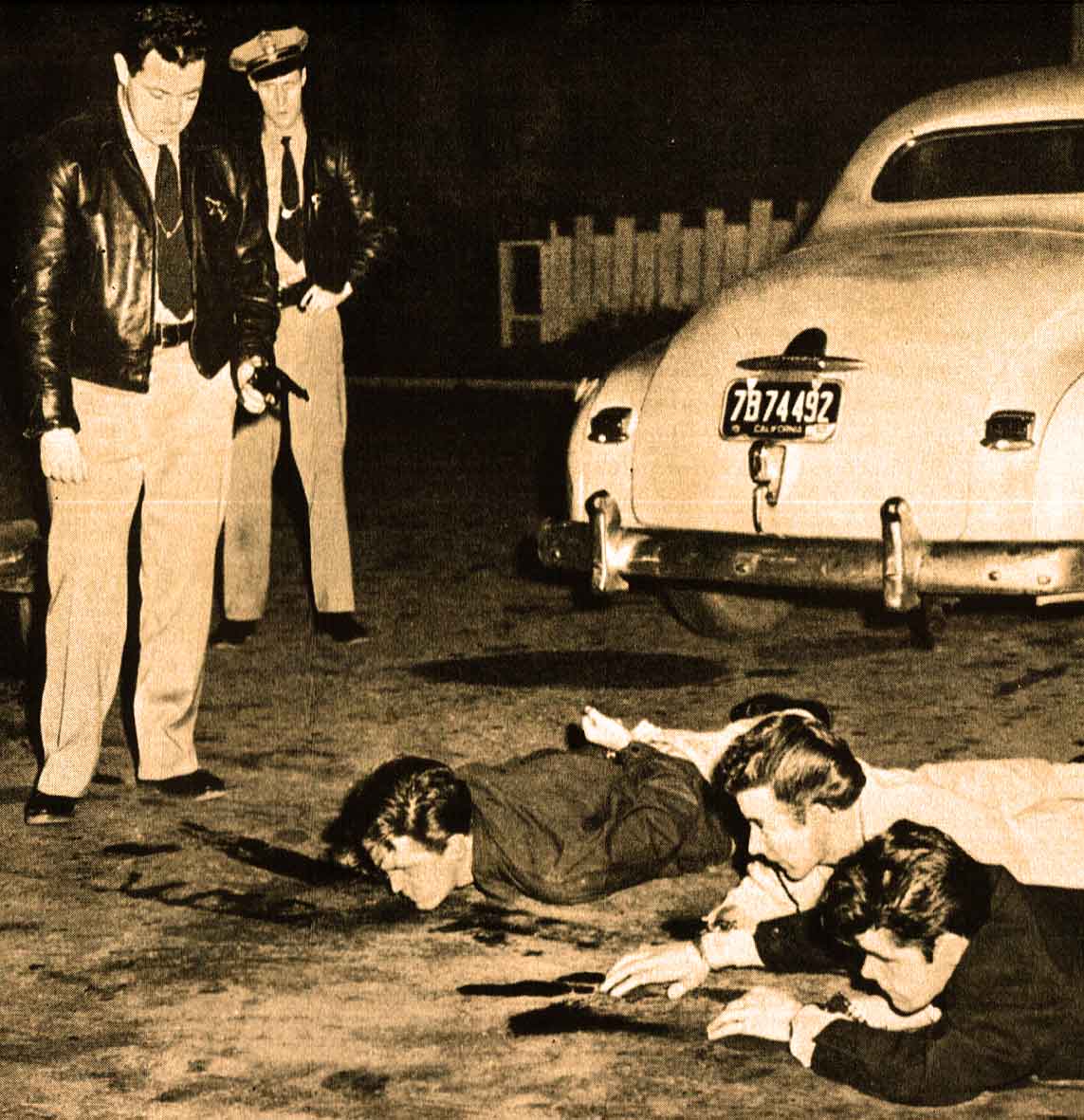 ‘You Can Do Very Little With The Hardcore, Depraved Family Of Today’ – Juvenile Delinquency In 1957 – Past Daily Reference Room

Oh, those carefree, innocent 1950s – where seldom was heard a discouraging word.

Apparently, to some we were heading straight to hell in a handbasket. American society was rotten, and getting more rotten by the day. And the Youth of America were diving feet first into a big pile of filth. It was the hair, it was the pants, it was the role models, it was the commies. Somewhere in there too were immigrants, poor, the mentally ill, the malcontents. And they were breeding in huge numbers.

According to Judge Samuel S. Leibowitz of Brooklyn‘s highest court, these kids were the scum of the earth. And the only thing to do was put them away. Where? It wasn’t exactly clear – but during this half hour discussion with a panel of teenagers from the Youth Wants To Know series in 1957, Leibowitz was definitely not the guy you wanted to have presiding over your DUI case.

According to Leibowitz, the problem with today’s misguided youth was a veritable warehouse of social ills. Religion, or the lack of it, was one reason. The other was the worship of gadgets (apparently the automobile was considered a “gadget” in 1957). Leibowitz also said the problem began at the Marriage License Bureau and that the young marrieds of 1957 were partly responsible for bringing questionable values to their offspring.

The World in general wasn’t immune. Leibowitz admitted much of the ills of society had been brought on by the Cold War and that world was indeed, just a little more skewed than ever before and that was taking its toll on our universal psyche. However, Leibowitz is quick to reverse himself by saying kids in 1957 weren’t particularly interested in Sputnik or The Cold War – they were interested in “kicks”.

Judge Leibowitz wasn’t what you would call progressive by any stretch of the imagination. He considered education reform a lot of “bunk” and that illiteracy was a huge problem in most schools. He also went on to condemn the isolation of Juvenile offenders with hardened criminals in jails and prisons, saying kids these days were far more evil than their predecessors were.

But his biggest condemnation for societies ills came in the form of media. Movies, TV and Rock n’ Roll – those were the unholy Trinity according to Judge Leibowitz. Murder, mayhem and escapist themes were ruining the youth of 1957, and that entertainment personalities were very much to blame with what Leibowitz considered “degenerate lifestyles”. Next in line for special scorn was the subject of pants – yes, pants. Blue Jeans were considered, by Leibowitz to be the Zoot-Suit of the new generation; a symbol of a degenerate lifestyle, especially when Women wore them.

Apparently, Samuel Leibowitz had quite a colorful career as a Defense Attorney – his most famous case being The Scottsboro Boys trial in the 1930s and was known famously for never losing a case. When he became a judge however, his reputation began to change. Quickly known as a “hanging judge” who ran a tough court, Leibowitz was known by the 1950s for his outbursts against litigants and witnesses and his lapses in judicial temperament.

This episode of Youth Wants To Know should give some clue as to just how the generation gap was evolving.

And that was a glimpse of the innocent, carefree 1950s as viewed by Judge Samuel Leibowitz on November 17, 1957.