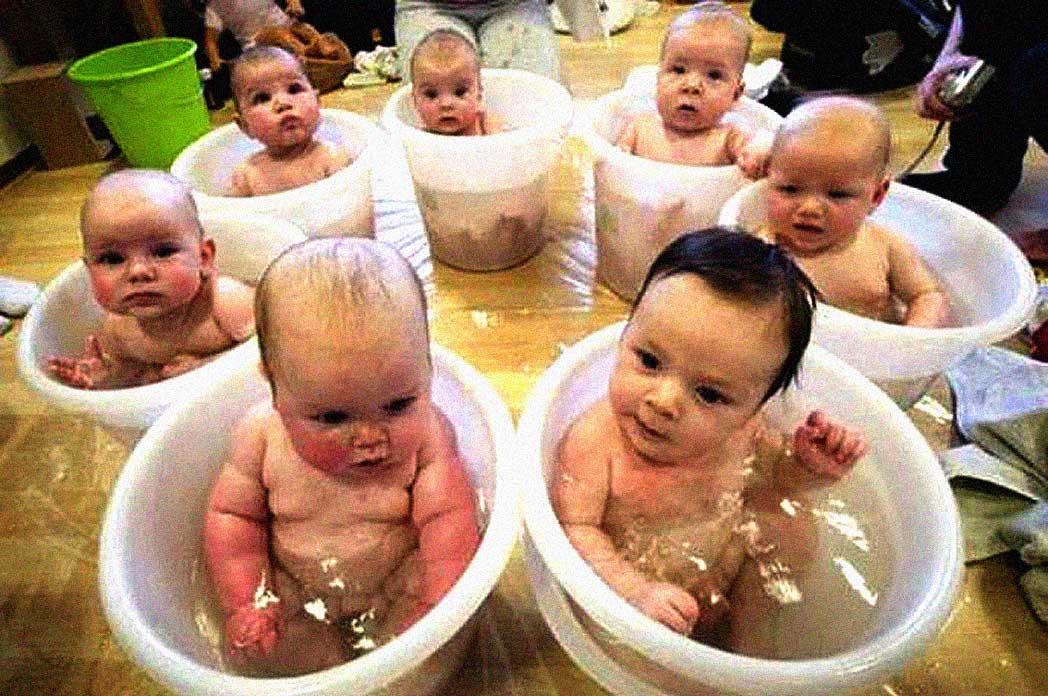 In Des Moines they were yelling "Miracle" - Mom was just relieved.

Aka: The Sensational Seven.

A busy day, depending on where you were, this November 20th in 1997. If you were in Bagdhad and you were a UN Weapons inspector, you’d be arriving at the airport for yet another go at looking for Weapons of Mass Destruction, which were talked about during the Iran-Iraq War. Amid much sandbagging and stalling, the Saddam Hussein regime gave tacit approval, based on negotiations brokered by the Soviet Union to let the inspectors back in to do their work. Nobody was holding their breath. Meanwhile, a U.S. strike force was assembling in the Persian Gulf, just in case.

And sighs of relief from the MacCaughey family while the rest of Des Moines Iowa shouted “Miracle” all over town as Bobbi MacCaughey gave birth to the first known batch of Septuplets ever known to survive infancy, on top of being born 9 weeks premature. The morning after, the hospital gave word all babies were very healthy and mom was understandably a mess. Proctor & Gamble pledged a lifetime supply of diapers and the city of Des Moines pledged to build a new house for the now densely populated MacCaugheys, who sported the new addition of 4 boys and 3 girls, or The Sensational Seven as they were being called.

In other news – the trial of Unabomber Ted Kazcynski was plodding along with Prosecution unveiling explosive evidence that proved Kazcynski planned to go on a killing spree, effectively damning Defense claims Theodore Kazcynski was mentally ill.

And new claims of Saturated fat being a major cause of Heart attacks, particularly among Women were revealed this day. Red meat, dairy foods and trans fats were the culprits, along with Margarine, baked goods and fried foods. In short; everything.

And that’s a small slice of how the world spun 17 years ago, this November 20th in 1997, as viewed by The CBS World News Roundup.