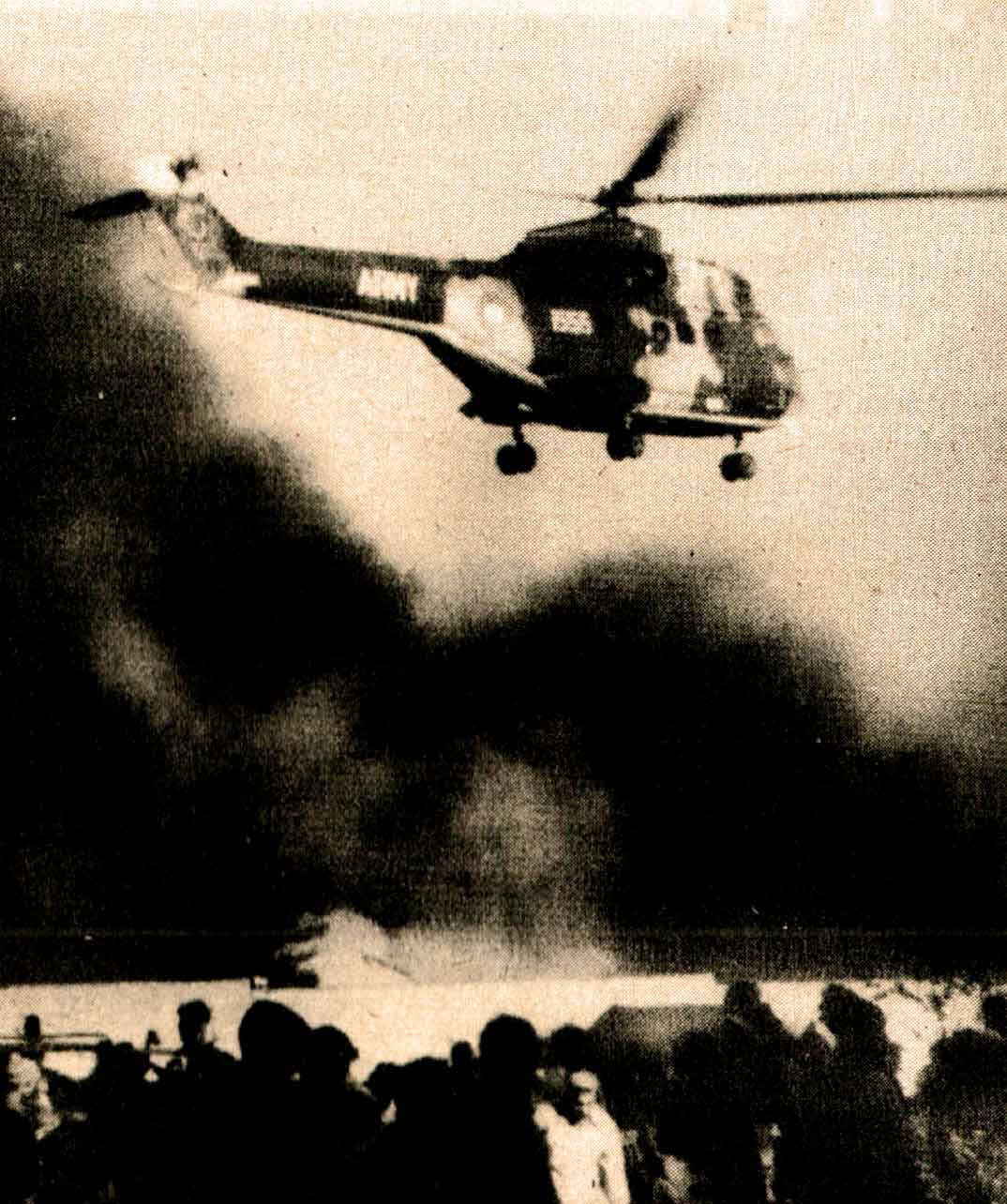 And even Pakistan was getting into the act.

And even Pakistan was getting into the act.

As the drama at the American Embassy in Tehran continued, flare ups were being reported in other places. A bulletin on this November 21st in 1979 reported Iranian students had stormed the U.S. Embassy in Islamabad, Pakistan. At the time there was no word on casualties, but hints there were some. The Pakistani Army was mildly detached from the situation; sending helicopters flying over the burning Embassy, but not landing and not offering help to the employees under siege.

Meanwhile, in Tehran it was another day of burning effigies, Death-To-America chants and threats. The Ayatollah indicated the Embassy officials would be put on trial as spies unless the Shah was returned. President Carter flew back to the White House from Camp David and issued a statement saying they were actively pursuing all avenues of peaceful settlement in the crisis, but wasn’t ruling out a possible Military solution. The Pentagon announced it was beefing up its Naval presence in the Indian Ocean near Iran with the aircraft carrier Kittyhawk summoned to the area to join other ships.

Another day of tension, diplomacy and finger waving as presented by CBS Radio News for November 21, 1979.