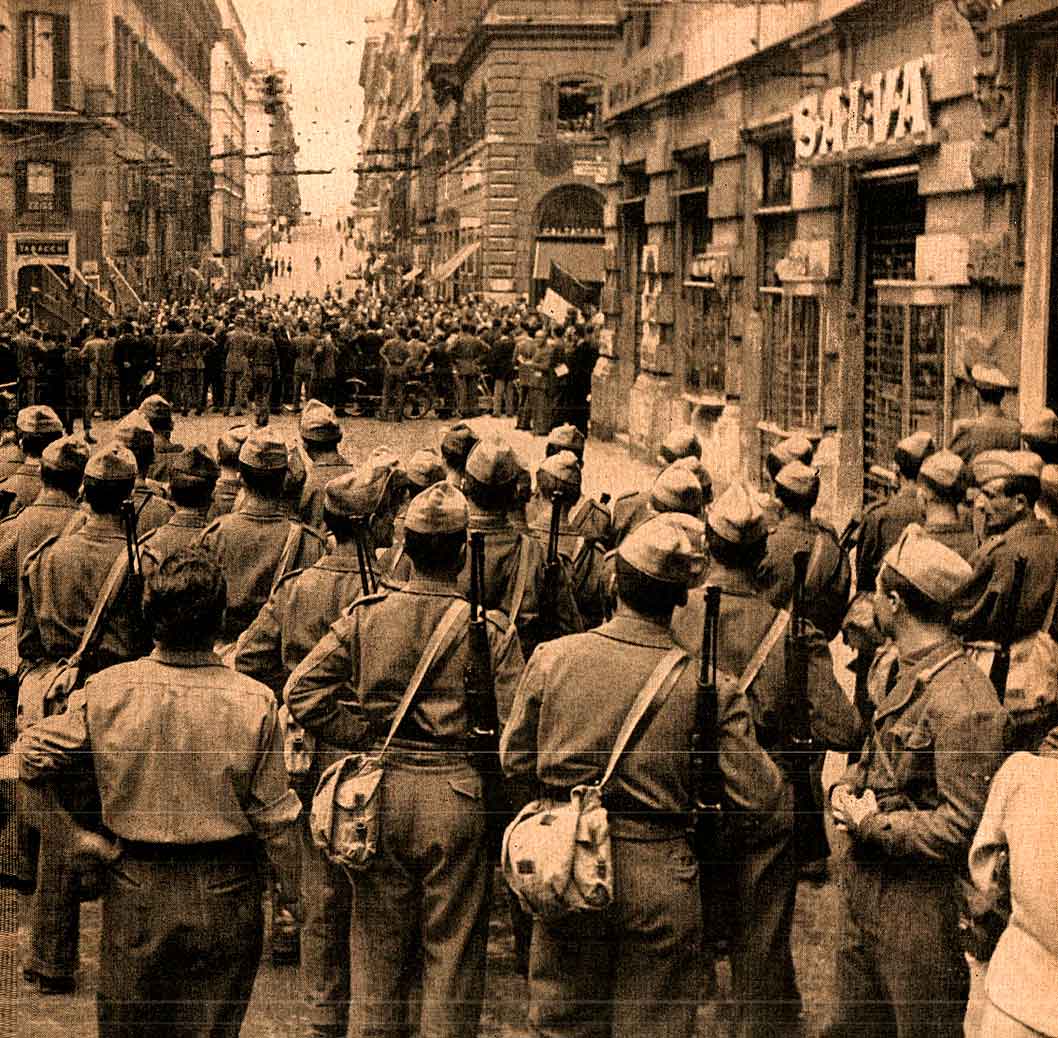 Shaping up to being a Winter of Discontent in a lot of places.

Shaping up to being a Winter of Discontent in a lot of places.

Seemingly no end to discontent, upheaval and strife on this particular December 12th. 1947 was a year of change throughout the world, and much of it was painful.

The countries ravaged by World War 2 were going through a period of adjustment and skirmishes in a war of hearts and minds. The threatened Communist influence running through the streets of Paris and Rome were the subjects of on-again/off-again clashes with Police. The growing discontent, brought on by economic ruin as a result of the war, slow reconstruction and a simmering dissatisfaction with an attempt at restoring the status quo brought hundreds of thousands into the streets. It was going on in Rome this day with a general Strike gaining momentum by the hour.

In Jerusalem it was upheaval of another kind. With the recent Mandate and Partition from the UN on the Palestine question, violent opposition to this new policy brought a backlash in the form of threatened civil war. Bombings and warring factions erupted in the streets, making this December 12, 1947 the 13th day of terror in Palestine. It was the first glimpse at what would become a legacy of grief for the future.

In London, the Big Four Conference was the source of concessions from the Russians on this day. Foreign Minister Molotov, presumably on the direction of Premier Stalin, offered a concession on reparation demands from Germany. Word from observers was the conciliatory mood from the Kremlin based on an attitude of nothing to lose. The surprise move had been one of several coming from the Kremlin in recent weeks. The latest set of disclosures were thought not to be as great as other concessions, but it was still around a 25% reduction in demands.

In the Far East, the situation in China and the war between government troops and Communists was reaching fever-pitch. Latest reports told of Communists cutting the railway north to Mukden Manchuria in 8 places, according to government sources in Peiping (Beijing). The disruptions are part of a larger drive by Communists into China proper.

But back at home, it was business as usual on Capitol Hill with allegations of unethical dealings by Special Assistant to Secretary of the Army Ed Pauley. Republicans charged Democrat Pauley with speculating in the grain market while working for the government and getting insider information. Pauley countered by saying he did have holdings in Grain, but his dealings were perfectly proper and ethical and he went into the Futures Market prior to his position in the government. He did however, say he was getting out of the grain market as quickly as possible.

In other Capitol Hill news – the Senate Republican Policy Committee was set to meet on passing the long-term anti-inflation program. There were also grumblings within the Senate about giving the President powers to ration meat, wheat and other scarce food. Something the Republicans weren’t eager to give. And Henry Wallace told reporters he would vote for Senator Taft over President Truman in the 1948 election raised a few eyebrows, mostly from Taft supporters who were hoping Wallace would pick another Republican to happily vote for.

All that on this December 12th in 1947, and a lot more by way of NBC Radio’s News Of The World and World News Roundup.