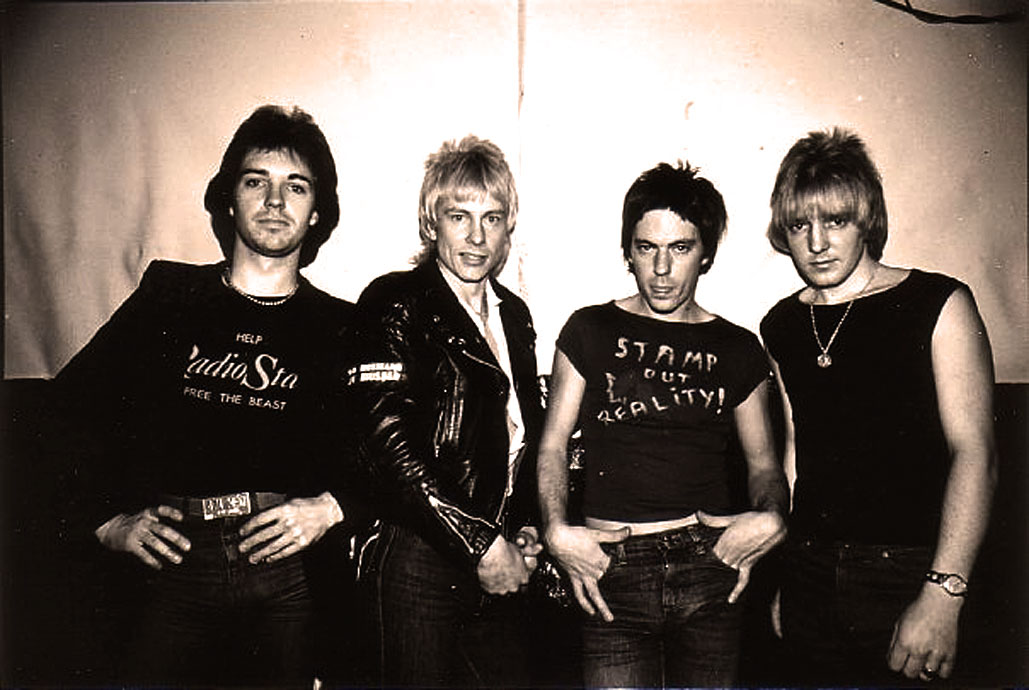 Radio Stars – In Concert 1977 – Nights At The Roundtable: Concert Edition

Heading the in the direction of ending up the week with another dose of the late 70s. This time by way of former glam outfit Jet, reformed and re-tooled as the New Wave band Radio Stars, in concert and recorded by the ever-handy BBC Radio 1 for their In Concert series on September 10, 1977.

Radio Stars were an interesting band, if only for the personnel in it at the time. Fronted by Andy Ellison who was at one time lead singer for the legendary John’s Children in the 1960s, and former Sparks bassist Martin Gordon.

In October 1977, the band briefly entered the Top 40 of the UK Singles Chart. “Nervous Wreck” backed with “Horrible Breath” peaked at No. 39. The B-side, “Horrible Breath”, was a song written by Marc Bolan from his time with John’s Children. The band performed the single on BBC’s Top of the Pops on 19 January 1978.

The debut album, Songs for Swinging Lovers, named in reference to the Frank Sinatra album, finally appeared in December 1977. The band toured with Eddie and the Hot Rods and Squeeze, and played the Reading Festival in 1978. The Radio Stars released their second album in 1978, entitled Holiday Album. The album included their live favorite Sex in Chains Blues, about the exploits of the so-called ‘Mormon kidnapper’ Joyce McKinney. The band undertook an extensive UK tour in 1978, which also featured Trevor White (a former member of Sparks) and Chris Gent (saxophone/backing vocals), but Gordon left soon after. The second album flopped, effectively ending the band, although Ellison attempted to revive the band’s name to little success in the 1980s and 1990s.

The group’s recordings have been anthologized three times; on 1982’s Two Minutes Mr. Smith by the Moonlight record label – Electric Light Orchestra’s Hugh McDowell guested on cello – on 1992’s (band-approved) Somewhere There’s a Place for Us on Ace Records. In 2017 a 4-CD box set containing all the band’s recordings, including a handful of singles, B-sides, BBC radio sessions and broadcasts and a specially-recorded revision of one of the greatest tunes, was released by Cherry Red/Anagram Records under the title of Thinking Inside the Box.

A one-off London concert performance took place in March 2008 in support of their live album (recorded in 1977/78) Something for the Weekend, released by Radiant Future Records that same month. The band played the Rebellion all-dayer at the Kentish Town Forum on Saturday 13 December 2008 alongside the likes of The Damned, Johnny Moped and Penetration. Their concert on 22 January 2010 (100 Club in London) reprised their earlier tours as special guests of Eddie & the Hotrods.

As a reminder of what they were all about during their formative days – crank this one up to 11 and get ready for the weekend.

Tags: 25 Years of RockA Rush of Blood to the HeadBBC Radio 1Chris MartinColdplayFacebookHarry Potter and the Deathly HallowsLead vocalistLondonMusical ensemble