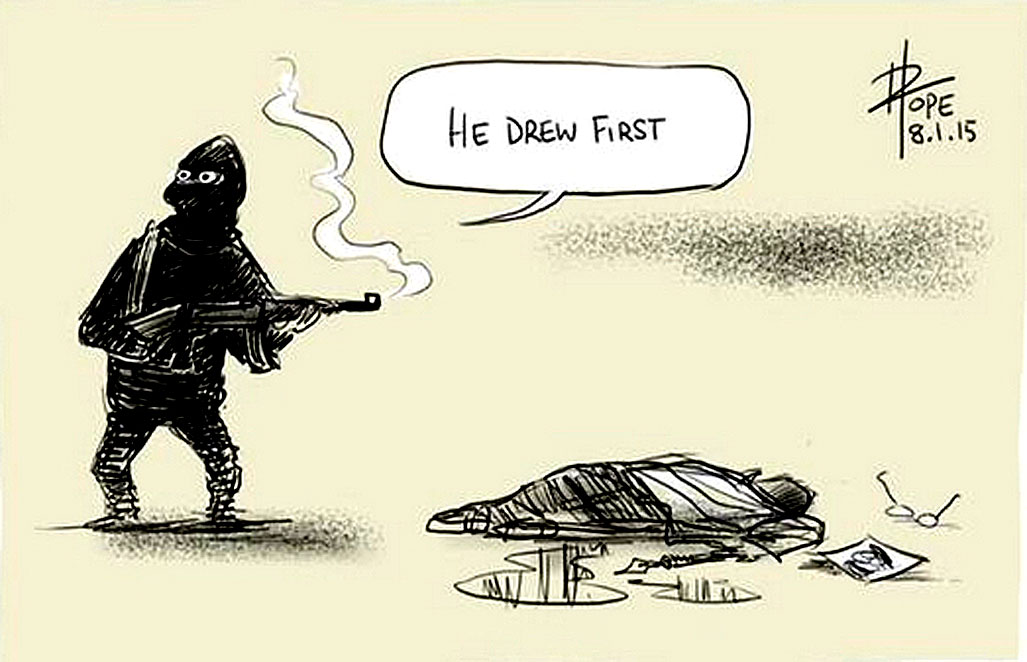 In 2006 there were riots, shootings, threats and bombings over a cartoon then, too.

With the grim news today from Paris of the senseless and cowardly massacre in the offices of France’s leading satire magazine Charlie Hebdo by radical Islamic extremists, I was reminded of another wave or protests, which also turned bloody and were equally as senseless, in 2006 over the publishing of Cartoons in a Danish publication.

Here are two sets of reports – one via NPR and the other via the talk program Late Night Live from ABC Radio National in Australia. The NPR reports cover the violence and the protests which swept over the Arab world and U.S. reactions. While the Late Night Live program, via Philip Adams offers two sets of interviews with notable figures caught up in the controversy.

2006 wasn’t that long ago – 9 years, to be exact. The Fundamentalists are becoming bolder; waging a culture/religious war throughout the Middle East, determined to set the clock back several hundred years.

Some things, it would appear, are destined to be repeated over and over again.

Here are those two sets of reports, both from February 6-7, 2006  – reminding you not much changes.

And Freedom Of The Press takes another hit.