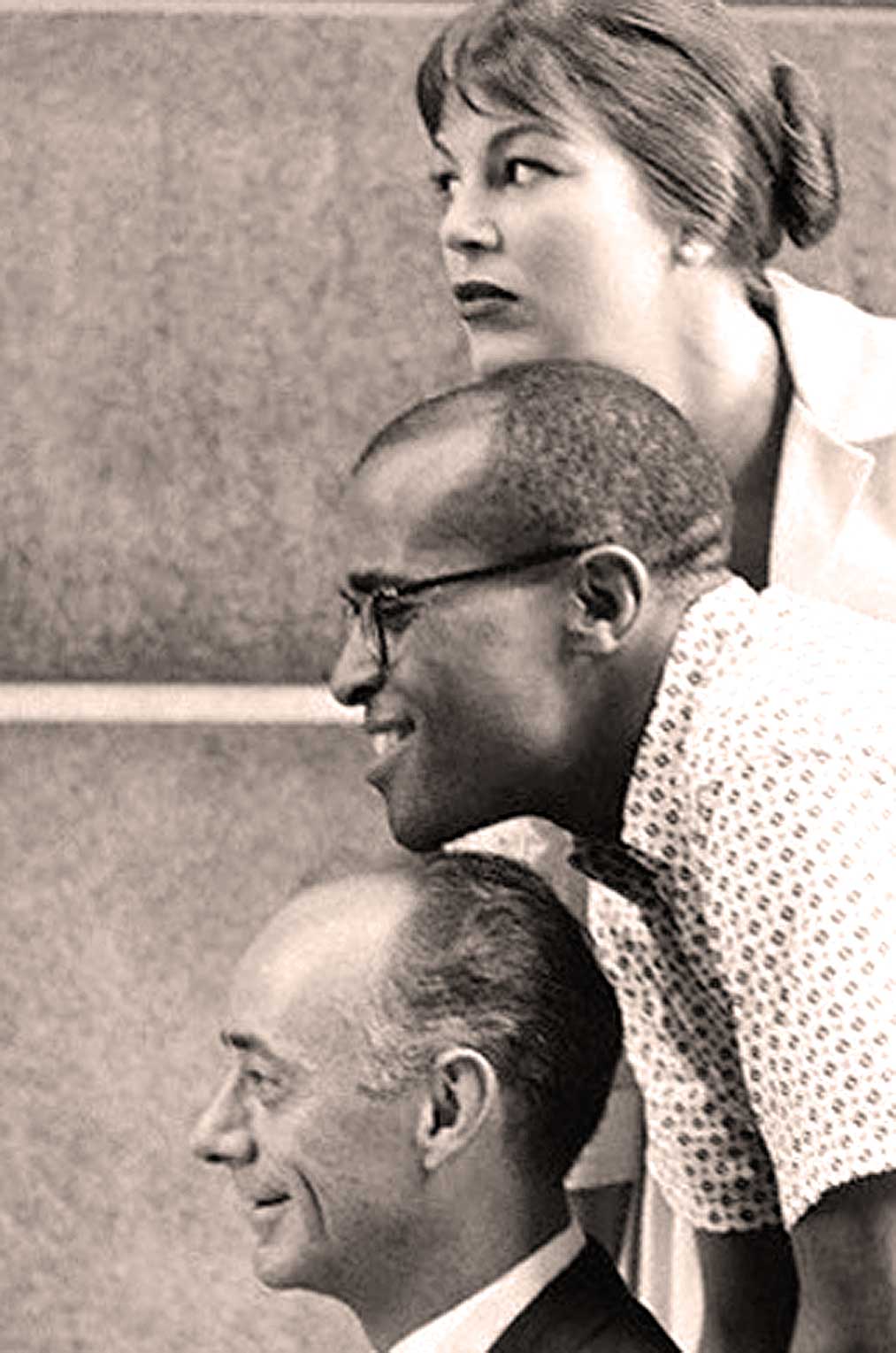 Lambert, Hendricks and Ross - The coolest of all possible warbling.

Lambert, Hendricks And Ross – Live In Bremen 1962 – Past Daily Downbeat

Lambert, Hendricks and Ross – The coolest of all possible warblers.

Editor’s Note: It was learned earlier today that co-founder Annie Ross has passed away, just four days shy of her 90th birthday – the last one has left the building for now – no doubt, an amazing jam session awaits. Here is a re-post from one of their memorable gigs from 1962 as a reminder of who we lost today – Annie Ross (1930-2020)

The legendary and inimitable Lambert, Hendricks and Ross this weekend. In concert at the Park Hotel in Bremen Germany and recoded by German Radio on April 23, 1962.

One of the truly great and distinctive vocal groups in Jazz, Lambert, Hendricks and Ross were the be all-end all in the late 1950s and into the early 1960s with their luxurious blend of Human Orchestra harmonies and scat phrasing. They were hugely popular throughout Europe, and this concert offers ample proof their reputations went far and wide.

Sadly, the group went through a number of breakups and tragedies – disbanding in 1964. And thought of a possible reunion in 1966 was quashed with the death of co-founder Dave Lambert in a highway accident.

But in their brief tenure, they offered a treasure trove of great and memorable recordings. And here is one of them.

As a postscript – it was learned earlier this week (November 22, 2017) that co-founder Jon Hendricks had died at the ripe and well-lived age of 96. Even with the breakup of Lambert, Hendricks and Ross in 1964, Hendricks continued his legendary solo career, gaining a legion of fans, admirers and students along the way. Highly regarded as an exemplary artist, he was also hailed as an astonishing and well-loved human being – qualities most of us strive for, but occasionally become an either/or situation. Hendricks was many things to many people – a consummate artist, a champion of talent and a cheering section for those starting out. He set the bar high, but gave as good as he got. His example will be followed and his many recordings will be studied and pored over in the years and decades to come. A life well lived, an artist well loved.