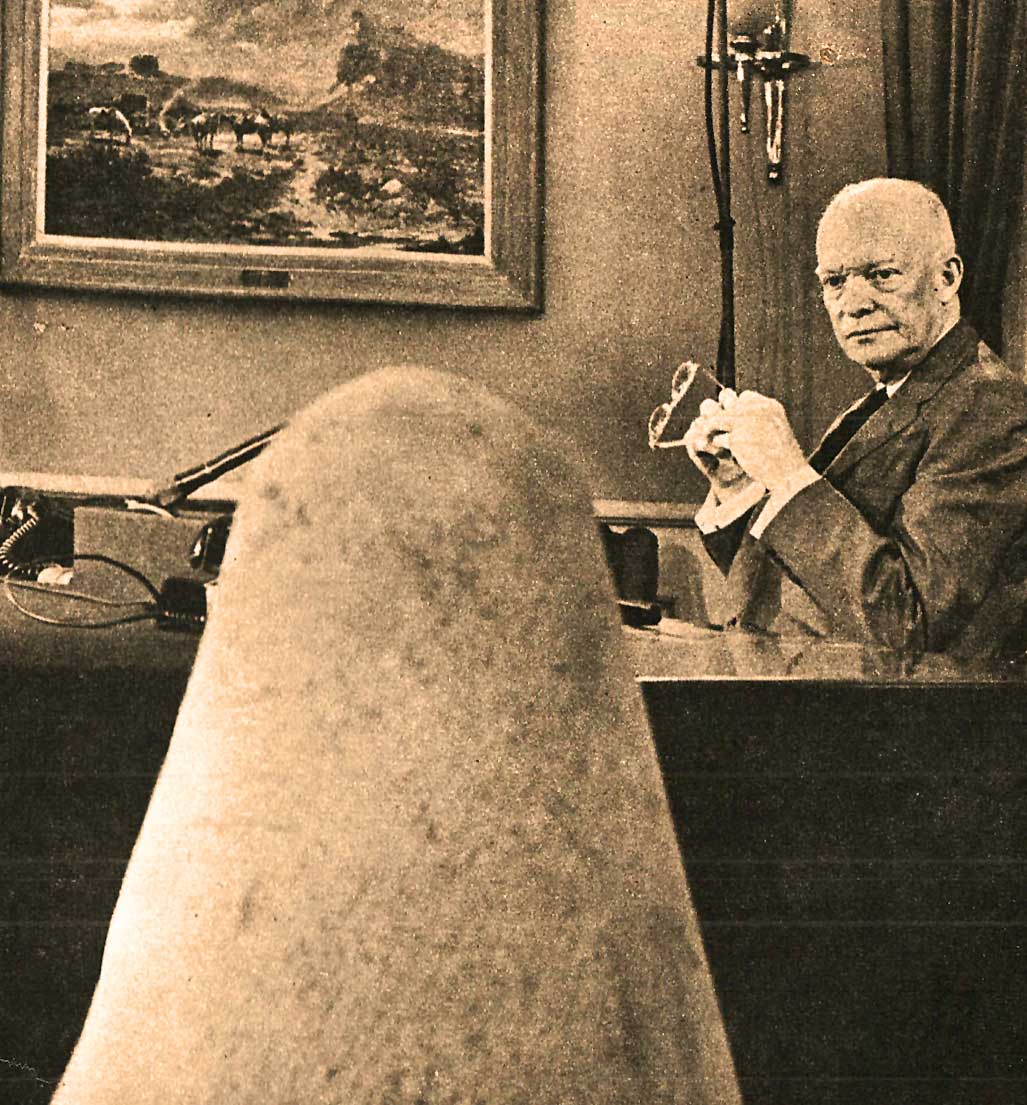 Ike and Rocket Nose Cone - the future of Security in 1957.

Ike and Rocket Nose Cone – the future of Security in 1957.

In 1957 the Cold War entered a new phase; The Conquest Of Outer Space. In October of that year, the world learned the Russians had successfully launched a satellite into Outer Space. Sputnik 1 entered our lexicon and a new element of fear was introduced.

Two things – the successful launching of a satellite by the Russians meant the Soviet Union was now ahead of the U.S. in the space race, and we were now perceived as being woefully behind in our technological advances. Second – the element of fear that was being whipped-up by some pundits into a state of frenzy was that now the Russians could now use satellites as a method of waging war on the U.S., and we were sure to be reduced to heaps of radioactive waste in no time.

But while opinion was sharply divided on just how the Russians could use this new advancement into space as a tool for world domination, agreement was universal that the U.S. and its allies in NATO really needed to step up their efforts at developing a comprehensive Space program, once and for all.

There was still the question of how this new development augured for our national security. Would it have short-term consequences or was it something we’d be worried about for a long time to come?

And so President Eisenhower took to the airwaves to present a series of talks (the earlier one from November 7th was run in a previous post), aimed at allaying nerves and rallying the populace for what would be the start of new and interesting times.

So it was a pep-talk, a pep-rally and a feel-good set of speeches designed to reignite our commitment to outer Space. And in doing so, bolster our Security; keep us safe from unprovoked nuclear attacks; the red menace and a general cheering-on that we could do anything we set our minds to.

And President Eisenhower was leading the charge. Here is that address to a gathering a celebrants in Oklahoma City who were observing the 50th anniversary of Oklahoma‘s Statehood, as it was broadcast on November 17, 1957.