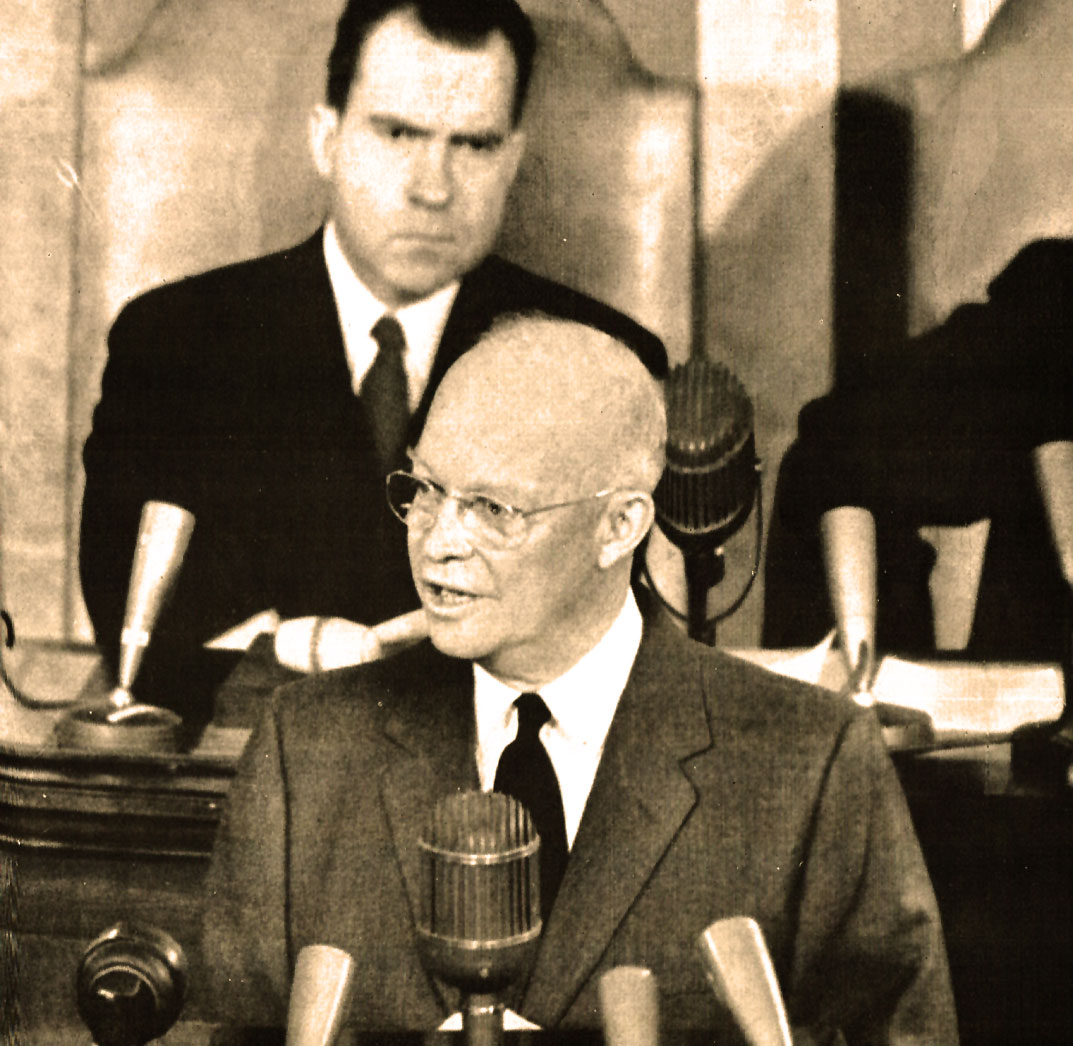 President Eisenhower - he warned of a Military-Industrial Complex. They called him "old Bubble-Head".

The Turbulent 60s – Democracy And Militarism – Past Daily Reference Room

President Eisenhower – he warned of a Military-Industrial Complex. They called him “old Bubble-Head”.

No shortage of similarities between the decade of the 1960s and the decade of the 2010s. Repeated assessments from many corners, calling ours a Police State; a Militarized Society, where rights and freedoms have eroded or been suppressed. Where democracy has given way to fear, hatred and a collectively suspicious mind. Where truth is blurred between fabrication and outright lie. Where mistrust of people gives way to isolation.

In the 60s it was very much the same way. But we were in the middle of a Cold War then. The enemy was clearly defined, and our fear of obliteration and perceived burial at the hands of the Soviets was a point driven home almost nightly via our media.

Now it has been replaced by perhaps a greater, more all-encompassing fear – a fear of ideologies; a mistrust of people who dress differently, a desire to isolate, purge and insulate ourselves with bigger, more lethal weapons. We have gone from being a fear-based society to a paranoid one. We have tipped the scales and have lost our humanity.

As all decades begin by looking back at the previous one – giving it the Thousand Yard Stare, the decade of the 1970s began with a look back at what the 60s were all about.

This documentary, produced by Pacifica Radio and part of a multi-program series called The Turbulent Sixties, begins with a look at the intensified Militarization of the U.S. – expressed with concern by an outgoing President Eisenhower, during his farewell address in 1961, his words were not particularly acknowledged at the time. His reference to America becoming a Military-Industrial Complex would be more a prophesy than an assessment of current conditions. His prediction came true within years and has become a way of life, a way of coping.

So for the next hour, the first episode of The Turbulent Sixties, as it was presented by WBAI in New York on July 7, 1970.