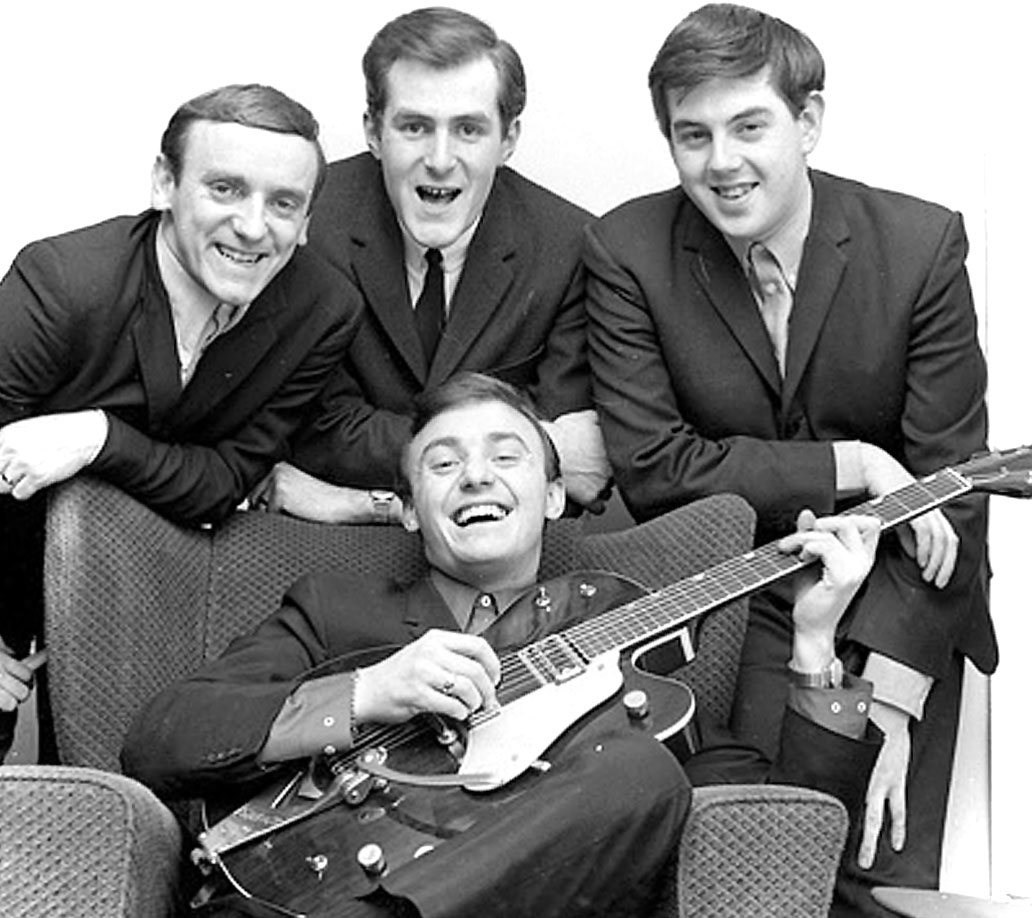 Gerry & the Pacemakers - What the British Invasion sounded and looked like in 1964.

Gerry & the Pacemakers – What the British Invasion sounded and looked like in 1964.

If you like what we do and you want to help keep it going . . . .Become a Patron!

I have to keep reminding myself the British Invasion (as it was known) was over 50 years ago. The historic significance of The Beatles and Rolling Stones is certainly well documented, but those bands which provided the back-bone, the ones who got just as many screams and groupies as the headliners have faded from view slightly over the years. But their contribution to the overall change in direction of Pop Music during the 60s can never be underestimated. And while some bands evolved and changed in ways that led to further success in later years, some of those bands from the initial excitement didn’t sustain their hit-making power much past 1968 – in the scheme of things, a rather short time. Some broke up, while others continued in smaller venues, playing the Cabaret circuit or resurfaced in Oldies revivals years and decades later.

One of those bands which contributed greatly to the initial excitement of the British Invasion was Gerry & The Pacemakers. Also a Liverpool band, Gerry & The Pacemakers benefitted from a push here and there by way of some Lennon & McCartney songs, but they also had some memorable hits on their own – their iconic Ferry Cross The Mersey as well as their other hits are still heard frequently – not necessarily because they represent nostalgia for some listeners, but because they happened to be good songs, well-executed – and as well as know, good music is timeless.

So tonight it’s Gerry & The Pacemakers in concert, recorded during the 1964 NME (New Musical Express) Poll Winners Concert on April 26, 1964. The concert featured performances (The Beatles and The Stones, of course) by bands who represented the most popular acts in Britain at the time, from one of the leading Music publications in the UK. And aside from a dip in speed at the intro of Don’t Let The Sun Catch You Crying, the sound for this concert is pretty sensational.

And it’s always a huge plus when history sounds good.

Stick around for more.