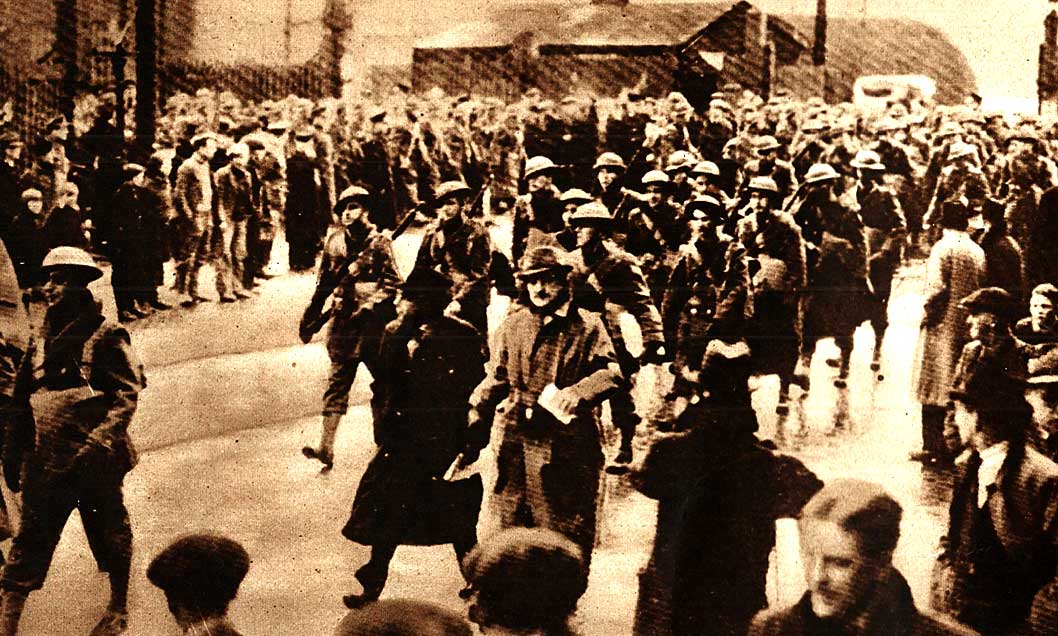 The first contingent of U.S. troops to arrive in Ireland on January 23rd. The start of "Over-paid, over-sexed and over here".

The first contingent of U.S. troops to arrive in Ireland on January 23rd. The start of “Over-paid, over-sexed and over here”.

Fighting or talk of war going on seemingly all over the world, this January 27th in 1942.

The Pacific was the scene of many fierce sea and air battles as the Battle of the Dutch East Indies claimed over 30 Japanese ships sunk or badly damaged with a loss of some 25,000 Japanese troops, gone down with the sunk transport ships. Tokyo Radio claimed Japanese troops in Malaya were within 30 miles of Singapore, but no confirmation was coming from London. Still no word on the situation in Rangoon, whether British troops were withdrawing or they had braced their defenses. Meanwhile, Japanese reported troops strengthened their landing force in Celebese in the Dutch East Indies.

Meanwhile, the Pan-American Conference in Rio De Janeiro was closing on this day, voting on a series of resolutions to “cleanse the Southern Hemisphere of Axis influences” before going home.

From the Eastern Front – Russian troops were driving westward from Moscow, retaking a number of Russian villages and inflicting heavy losses on the German army. No details were given.

From London came reports that Prime Minister Winston Churchill, just back from a meeting with President Roosevelt in Washington, gave a 90 minute address to Parliament to give an assessment of the conduct of the war was going so far. He climaxed his address by asking for Parliament to vote whether it wishes for the Churchill government to continue in office or not. Among the details Churchill covered was his firm belief the Japanese wouldn’t invade Australia (despite widespread opinion to the contrary). He also added the first American troops landing on British soil would be the “first of a considerable force” to arrive in the UK shortly.

Back in the U.S. – the White House issued an announcement saying it was now a Common Effort between the U.S. and Great Britain in the war. There would be Joint War Boards in an effort to knit more closely all the efforts of the United Nations and all possible information will be exchanged freely between the U.S. and Britain under the plan. The idea was to eliminate red-tape and to get much needed materials to where they were needed as quickly as possible.

All that, and a lot more for this January 27th in 1942, as reported by News Of The World from The Blue Network.