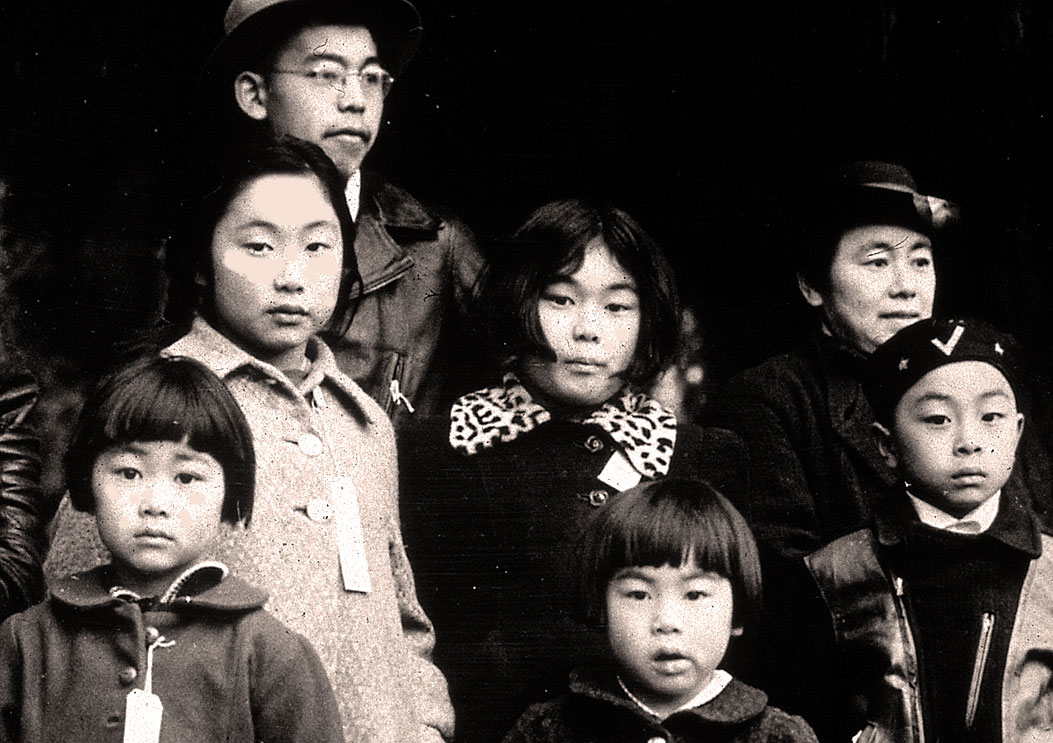 As American as Apple Pie - but good luck convincing anybody in 1942.

As American as Apple Pie – but good luck convincing anybody in 1942.

Long considered one of the ugly blotches on the tapestry of Americana, the internment of Japanese-Americans, no matter how long they lived in the U.S. or how many generations were born here, were sent off to internment camps around the United States was a painful reminder that sometimes Americans talk a good talk, and that’s about it. The mass internment of hundreds of thousands of Japanese was the result of mass paranoia that swept the country right after the Japanese attack on Pearl Harbor in 1941.

Ignoring the fact that most of the Americans of Japanese ancestry had been living in the U.S. for generations, had been integral parts of the just about every community on the West Coast and were probably more loyal Americans than the ones pointing the fingers, a wave of paranoia spread throughout the country; aimed solely at people who looked different or had Japanese sounding names. Being rounded up, forced to leave your home – sell your businesses at drastic losses, abandon all but your most essential personal items and be put on buses and trains off to one of several “relocation centers”, all because of fears and rumors that Japanese-Americans living anywhere on the West Coast of the U.S. were automatically suspected of being enemy agents, became probably one of the most shameful episodes in our nation’s history. Certainly not the fist and definitely not the last.

But what happened after the war? What happened once the Japanese had been defeated and it became glowingly apparent the hundreds of thousands of Japanese-Americans posed no threat to national security, but were still living in camps?

The equally painful readjustment to “coming home” began. And it was no easy transition. The racism that existed right after Pearl Harbor was still prevalent throughout California. The homes, businesses and personal belongings which were abandoned, sold or confiscated they couldn’t claim or get back. It was starting from scratch and it took a very long time.

So in 1956 – roughly ten years after the last of the interned Japanese-Americans went back to “normal” life, Los Angeles Radio Station KNX, in association with CBS Radio produced a documentary, The Exile Returns. In a series of interviews with a wide of range of Japanese Americans who were interned and came back to Los Angeles, the story unfolds of racial prejudice, ignorance and paranoia which caused havoc among the Japanese-American community and how, even 10 years after the event, the road to recovery was still going on.

As a reminder of just how things can get out of hand, here is The Exile Returns as it was broadcast on July 1, 1956.