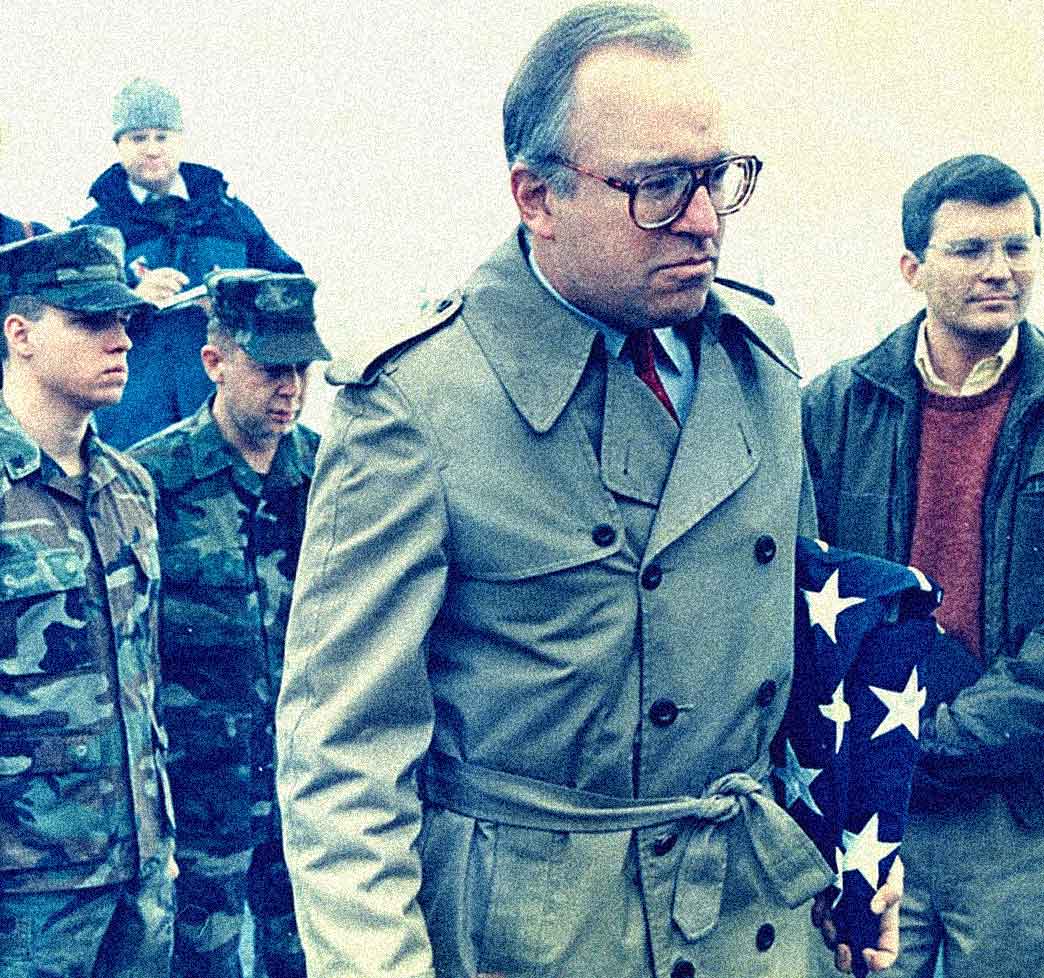 Closing the U.S. Embassy in Kabul - not farewell, just buh-bye for now.

Even though it was the dead of Winter, the cold snap hitting Alaska on this January 30th in 1989 raised a few eyebrows. With temperatures dipping to 125 below zero in some places the cold snap, now three weeks old was putting a new spin on the term Frozen.

And the weather may have been a factor in the crash of a Canadian Military C-130 Transport plane, killing some 8 Canadian Special Forces soldiers when it broke apart during landing at Ft. Wainwright airfield near Fairbanks after hitting a snowbank.

Meanwhile, the U.S. Embassy in Kabul Afghanistan was closing and the diplomats were heading home. Chargè d’affair John Glassman expressed a desire to return someday. And rebel leaders promised not mount any attacks on Kabul before the last of the Soviet troops were scheduled to leave by February 15th. Comforting and prophetic.

News of the second time in ten days that a radical Pro-Solidarity Priest was found murdered in Poland. Suspicions were placed on hardliners within the Communist Party in Poland were responsible, since negotiations between Solidarity and the Military government were getting closer to agreement.

Lebanon’s warring Shi’ite groups were expected to sign a peace accord in Damascus, Syria ending a year-long feud in which hundreds had been killed.

Far Right extremists led by ann ex-Nazi won local elections in West Berlin, bringing cries of “Nazi’s Out!” as crowds hit the streets in protest. In what was thought to be a dull local election turned into a political sensation. The new Far Right Party campaigned on the grounds of a dislike of foreigners, of which over 200,000 Turks live in West Berlin. But even the Far Left Wing won victories, further weakening the Centrist government of Helmut Kohl.

And after his first week in office, President Bush was battling a Cold.

All that, and a lot more for this January 30th in 1989 as reported by The CBS World News Roundup.