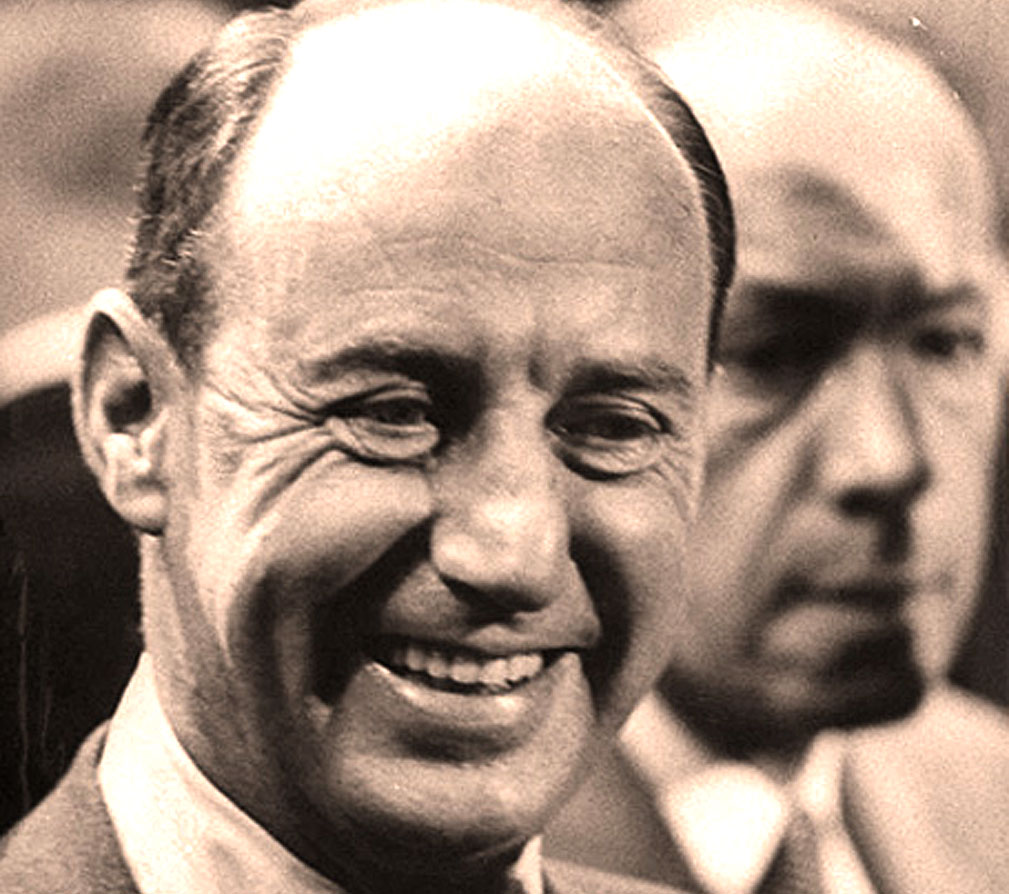 Adlai Stevenson – one of Americas most brilliant and eloquent Statesmen. Oh, where is he now?

Adlai Stevenson is a name most people these days are completely unfamiliar with. But if you are of a certain age, and even remember the dark, ominous days of the Cuban Missile Crisis in 1962, you will remember the voice of then-United Nations Ambassador Stevenson confronting Soviet Ambassador Zorin. The man and the eloquent accusations will all become clear.

But Adlai Stevenson was also a Governor and twice a Presidential candidate. He ran two unsuccessful campaigns; one in 1952 and the other in 1956. Both against former General and war hero Dwight D. Eisenhower.

As a reminder of his greatness, and as tribute on his birthday, here is his campaign kickoff speech, delivered on February 4th, 1956 to 2,000 delegates of the annual Convention of the California Democratic Council in Fresno. The first major address of the 1956 campaign.

If listening to history appeals to you, and you want to hear more of it – please consider chipping in whatever you can to help keep Past Daily up and running. We’re in the middle of our Emergency Fundraiser to save the archive from eviction. We need your help. Any amount you can give will be gratefully appreciated. And if you can’t, please tell your friends. We only have to the end of the month in order to make a miracle happen. We’re doing pretty good so far – but we still need your help. So please click on the link below and make your pledge today, before it’s too late.