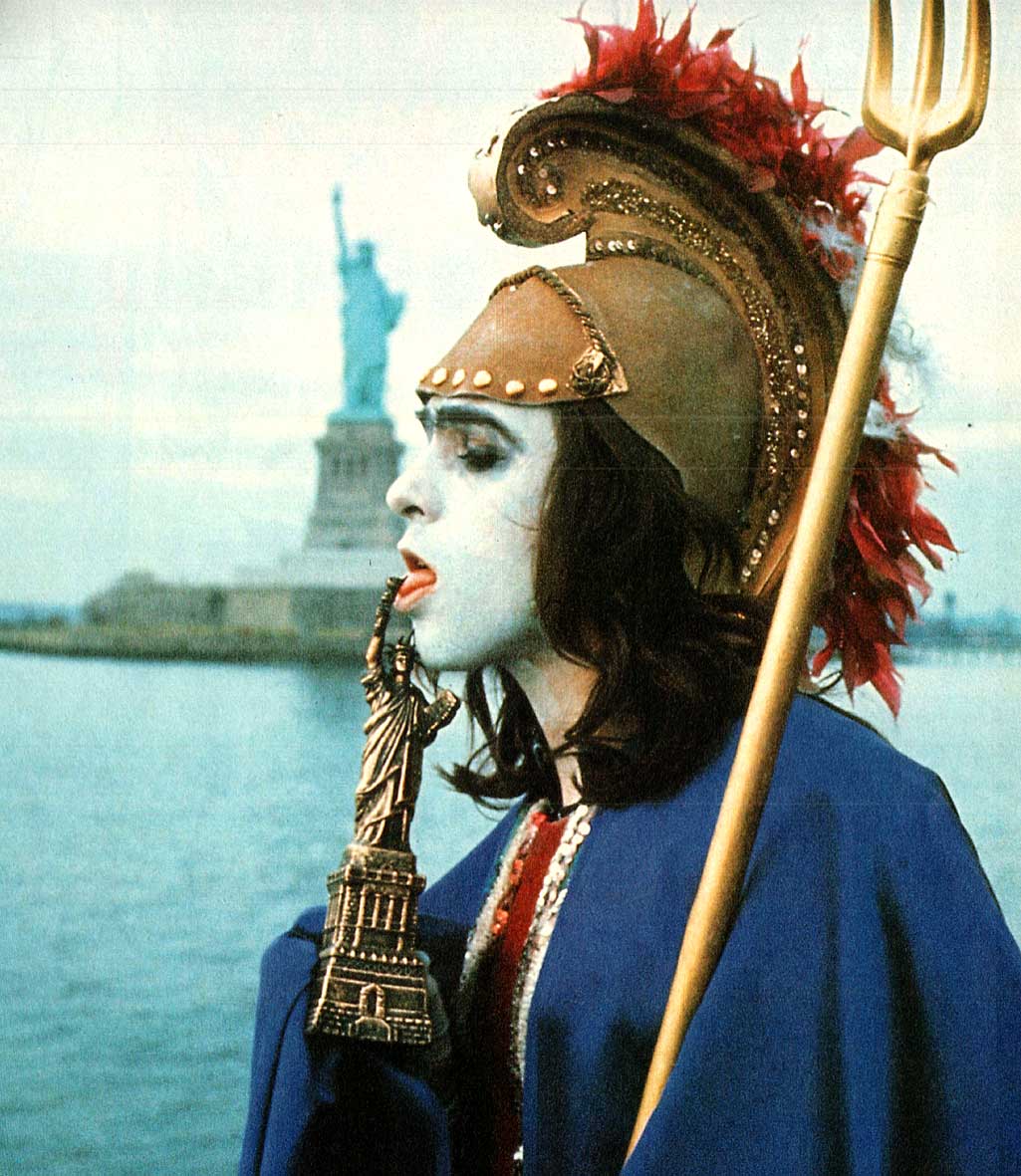 Peter Gabriel of Genesis - The 70s would never be the same.

Genesis In Concert 1972 – Nights At The Roundtable

Peter Gabriel of Genesis – The 70s would never be the same.

Hot on the heels of Led Zeppelin came Rock from a completely different place. Labeled “Progressive” or Progrock, Bands like Genesis, and their founding member/lead singer Peter Gabriel took Pop music in a more complex direction. And with it brought a sense of theatre, which was by-and-large missing up to this point. The combination of musical virtuosity and the surreal stage theatrics of Peter Gabriel signaled a new and adventuresome period in the early 1970s. One which, even though it became part of a wave of bands subscribing to the Progrock idiom, was a tough sell in the U.S. at first. The first few albums, issued in the U.S. on ABC Records and later on Buddah Records were dismissed by critics and ignored by the all-powerful FM Underground. Many people found the music too complicated and nothing you could dance to. America was in the process of digesting Led Zeppelin and was in the midst of its own direction change – namely, the laid-back West Coast Country-Rock flavored sounds of The Eagles, Linda Rondstadt and just about everyone else on the fledgling powerhouse label Asylum Records.

But Genesis did find an audience – small at first. And while Europe was busy cultivating their own Progrock scene, American audiences were making discoveries by way of imports and word-of-mouth and the limited tours by Genesis and lable mates Van der Graaf Generator, primarily around the East Coast. Just enough to start a groundswell.

So when their label Charisma signed a distribution deal with Atlantic, one of the first bands to do an official tour of the U.S. was Genesis to promote the release of Selling England By The Pound. The response was astonishing and a complete shock to label execs. And a one night showcase appearance and Hollywood’s Roxy Theatre turned into a week-long stay; as crowds lined the club to get tickets. Genesis had arrived.

But to kick it back a few months, late in 1972 they appeared at The Paris Theatre in London, and that’s tonight’s concert. Recorded by BBC Radio for the In Concert series, Genesis from November 3, 1972.

Play loud, and imagine Peter Gabriel flying through the air.

And while you’re doing that, please make a tax deductible contribution to keep Past Daily up and running and the Archive all these recordings come from, safe from the wrecking ball. We’ve only gotten two pledges so far today and we are now $2400 away from our goal. We need your help. Contribute anything you can – and tell your friends. We have only a few days left and we’ve already gotten our threatened eviction notice. Please contribute now – before it’s too late. Click on the link below and help make a difference.