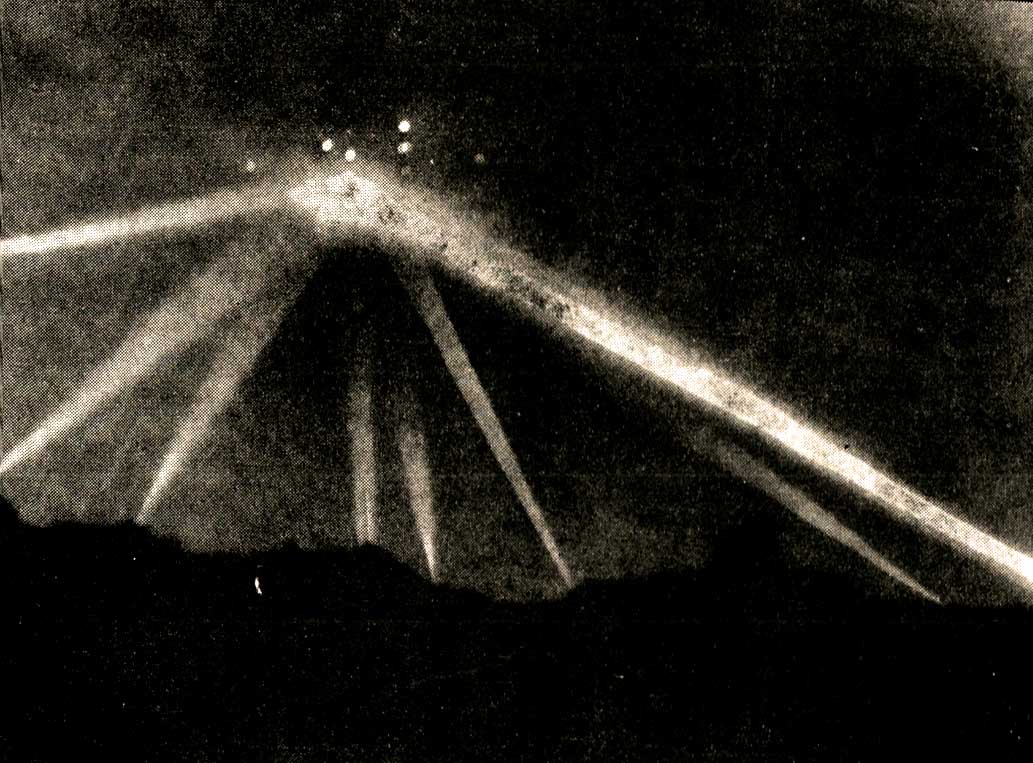 War nerves were so high even rumors were shot at.

The “raid” on Los Angeles – War nerves were so high even rumors were shot at.

We get by with a little help . . :Become a Patron!

On this March 4th in 1942, the war was a little under 90 days old for the U.S. and already nerves were running high.

The situation in Burma was approaching stalemate, with British forces holding ground and inflicting heavy losses on the enemy. Despite heavy blackouts of news around the Hawaiian islands, word was getting out that successful raids by U.S. Navy ships on several Japanese targets were being carried out, including raids around the Japanese-held Gilbert Islands. Hawaii was under heavy security and restrictions on movement around the islands was imposed as well as severe rationing.

And even the mainland was getting into the act, with reports of a purported raid over Los Angeles by as many as 15 Japanese bombers and the near panic that ensued in the early morning hours. The raid was disputed by several officials, confirmed, though never substantiated by others, and prompted General MacArthur to cable Washington saying, to the effect “if you can hold the West Coast for a month, I’ll send you reinforcements”. The joke may not have had the best timing, since the Capitol and the outlying areas of Washington D.C. were getting fully prepared for what they considered to be an imminent raid by the Germans. Blackouts were in full effect and preparations were being made to guard the Capitol against sabotage and raiding bombers.

Meanwhile on the Eastern front – Russian armies were breaking through the ring of Germans around Leningrad and progress on fighting near Moscow. From London came reports of successful RAF raids over French factories working for Germany near Paris and carried out in perfect weather. The target, The Renault Works was heavily bombed and believed to have cut off production of tanks and aircraft engines headed for Germany. The raids were listed as successful and nothing in Paris was touched. News from London also reported new rationing measures to take place in lieu of shipping required for Military supplies. The news also focused attention on the growing Black Market in Britain and steps being taken to deal with the situation.

And on Capitol Hill – March 4th was originally Inauguration Day and the New Deal was celebrating it’s 10th year.

All that, and a lot more for this March 4th in 1942 as presented by NBC’s News Of The World.