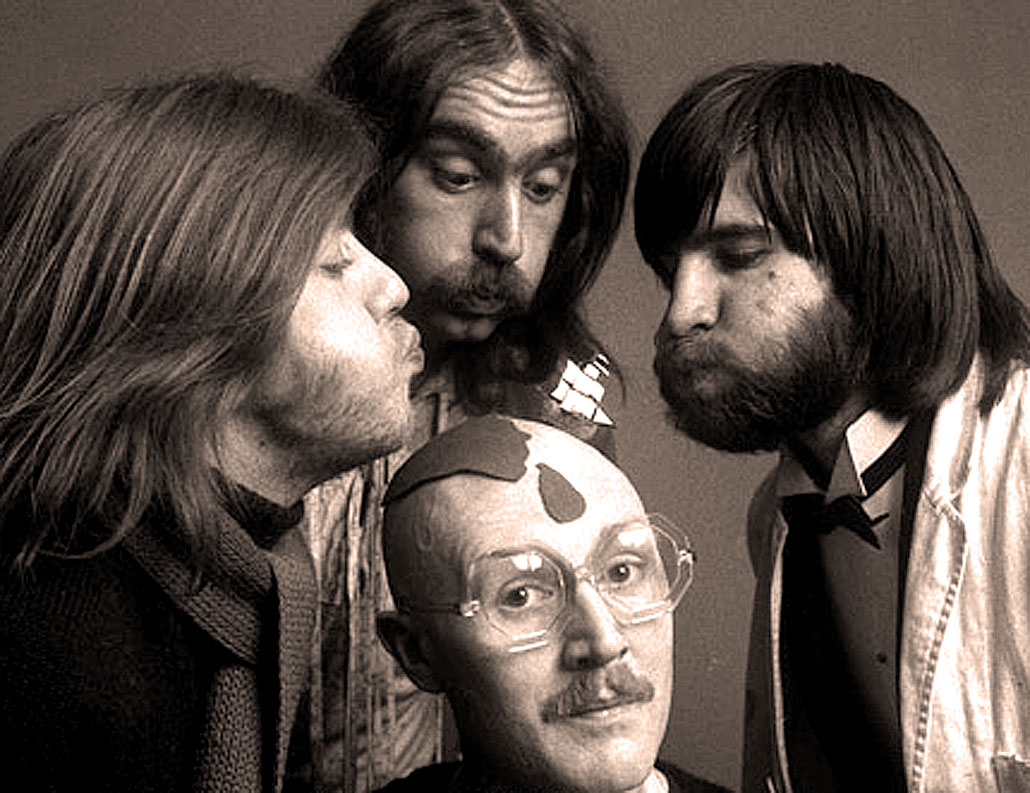 The Bonzo Dog Band were one of the premier Outrageous/Spoof Rock bands of the 1960s. Alumni included members who eventually became members of Monty Python’s Flying Circus. More recently The Rutles. In between, offered some of the enduring classics, such as Can The Blue Men Sing The Whites? The Intro and The Outro, Canyons Of Your Mind, I Am The Urban Spaceman – and on and on. One of their classic songs, Death Cab For Cutie, was featured in The Beatles Magical Mystery Tour movie and eventually became the name of another band of admirers who are currently making the rounds.

So you kind of know who they are – even if you can’t put your finger exactly on how.

Formed in the early 1960s, the Bonzo Dog Band took to reworking songs of the 1920s and 1930s as their model. They quickly gained a reputation as one of the most outrageous bands to perform on stage, and were subsequently hugely admired by everyone from Paul McCartney to Steve Winwood. Vivian Stanshall’s association with The Who’s Keith Moon became the stuff of legend and Stanshall was later credited as the Narrator on Mike Oldfield‘s legendary Tubular Bells. And that doesn’t begin to tell the whole story.

After The Bonzos called it a day in early 1970, Vivian Stanshall along with ex-Bonzo’s Dennis Cowan and Ruger Ruskin Spear formed the short-lived Big Grun in March of that year and this session was one of the first (and only) from the new band, recorded for John Peel‘s program on March 16.

If you’re familiar with the work of Vivian Stanshall, you probably know this session – even though it’s rather obscure. If you don’t know who Vivian Stanshall was, or who the Bonzo Dog Band were – Big Grunt might give you some idea.