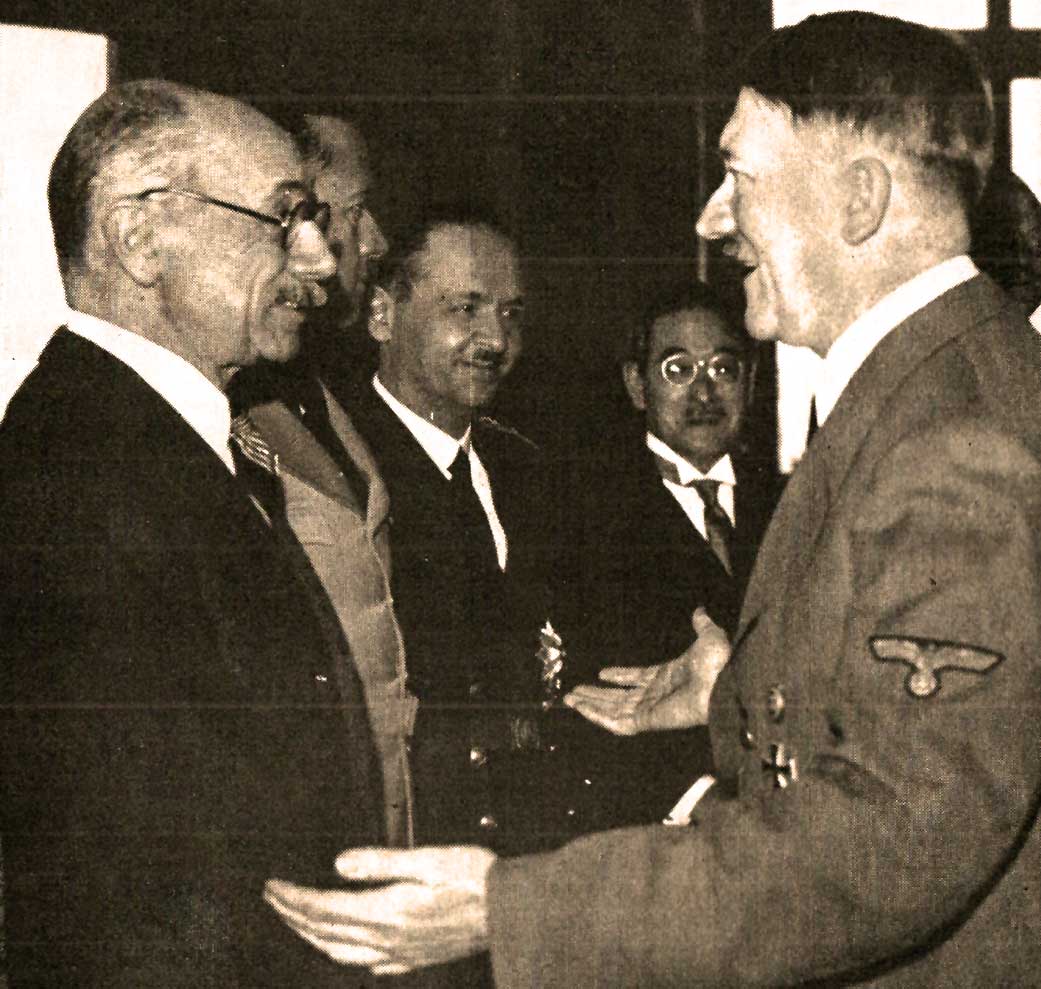 Count Taleki (L) with Adolf Hitler. Too much pressure or a not-so-gentle push?

Hungary’s Count Taleki (L) with Adolf Hitler. Too much pressure or a not-so-gentle push?

If you like us, please support us: Become a Patron!

579 days since the War in Europe got started, April 3rd in 1941 was no less suspenseful than other days during this early phase of the war. Starting with the puzzling news from Budapest over the alleged suicide death of Hungary’s Hungarian Prime Minister, Count Taleki and a rumor of the mass resignation of the Hungarian government. Speculation was rife as to whether it was a suicide or a simple matter of murder and no authoritative spokespeople were prepared to offer any explanation either way. Observers noted that, in recent days the German pressure on Budapest was enormous and it may very well have proven too much for Taleki to withstand. And so a suicide was possible, but knowing how Berlin operated, maybe not so.

Meanwhile, Air raid activity over England was described as “small scale”, but no details were available at broadcast time. In the Middle East, it was reported some 178 Italian planes were lost during March with 125 shot down by RAF pilots, 21 by anti-aircraft and 32 destroyed on the ground. A purported protest over the British sinking of ships belonging to Vichy heading to Algeria was disputed by the British government. And there was some doubt as to whether or not the protest was ever drafted. Speculation was the entire incident had been cooked-up by German radio and was being used as propaganda to promote a war between the Vichy government and Britain. Free French spokesperson Gen. Charles De Gaulle was reported to have said a state of war could not exist between Vichy and Britain because public opinion of the French people wouldn’t permit it and that there would be many such claims of protest in the future as an attempt to drive a wedge between France and Britain.

News reports were published that Italy’s Marshal Badoglio was now a prisoner in the Royal Palace at Rome, under the personal protection of King Victor Emmanuel, after three attempts had been made on his life by Fascist enemies. Other news reports indicated Germany had moved all of its legation staff home to Berlin from Belgrade, save for two. The report added speculation that military activity would be coming to Yugoslavia soon. Also noted were reports that Berlin Police had rounded up some 8 American citizens at around 6:00 pm the previous night. Reports also added the Americans were released shortly after. Initially, the American Embassy in Berlin was notified of the arrests, and when inquiries were made to the Berlin Police, they were instructed to contact the German Foreign Office. Just what was at the bottom of this roundup of Americans was a mystery and that no charges were made against any of those taken in.

And that’s a small sample of what went on, this April 3rd in 1941 as reported by The News Of The World from the Blue Network.