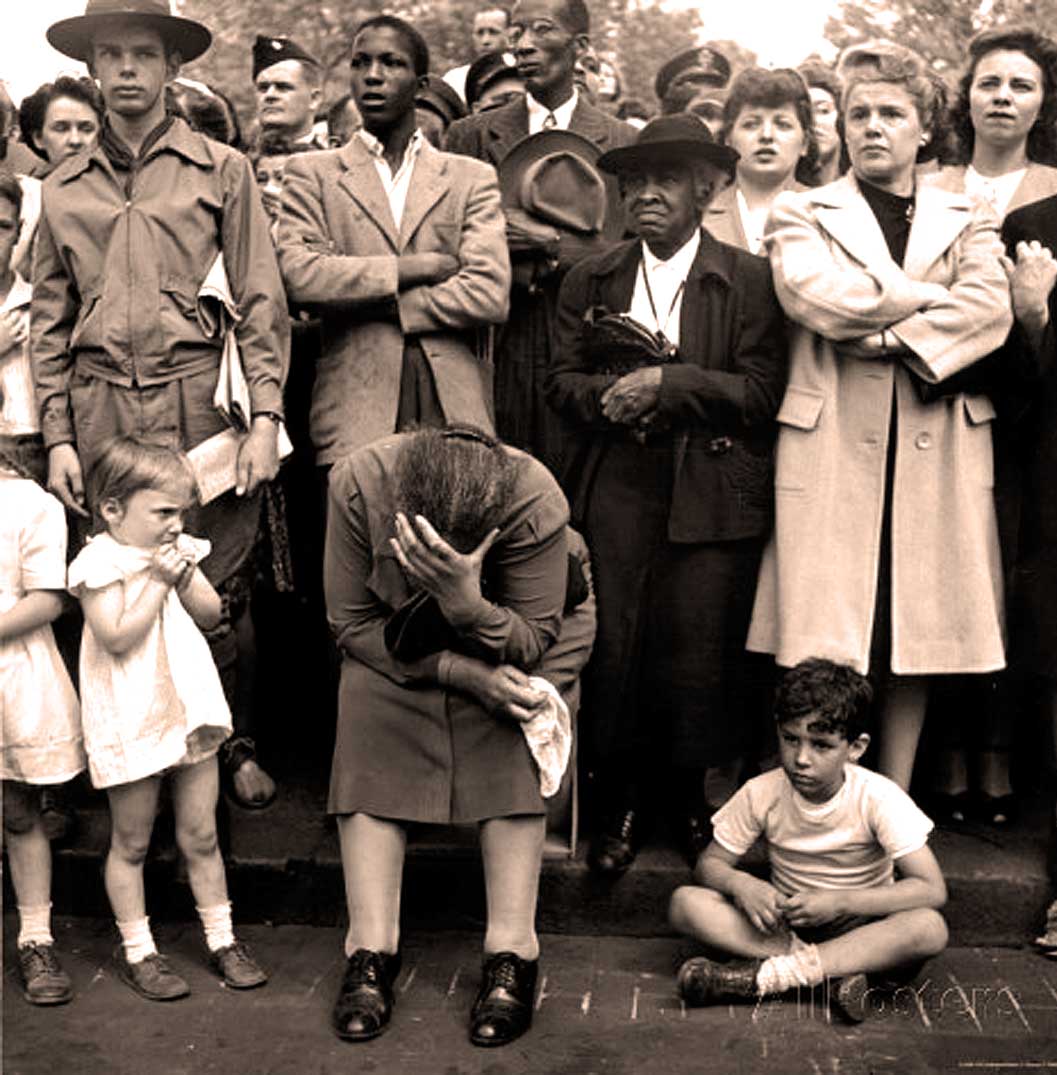 This day in 1945, the country was in mourning as it paid its last respects to President Franklin D. Roosevelt, who had died two days earlier of a cerebral hemorrhage while on vacation at “the little White House” in Warm Springs Georgia.

There was still a war on – the end of Nazi Germany was within days. The Pacific would take longer. But on April 14, 1945, the country stopped and listened – radio played solemn music continuously and a new President took office.

At 1 PM on April 12, Roosevelt sat in the living room of his cottage surrounded by friends and family. As he signed letters and documents, an artist stood painting his portrait at an easel nearby. The conversation was lively, the atmosphere congenial. The president turned to the artist and reminded her that they had only fifteen minutes left in the session. Suddenly, he grabbed his head complaining of a sharp pain. The president was suffering a massive cerebral hemorrhage that would end his life in minutes. America’s longest serving president who had led the nation through the Great Depression and World War II was dead.

A funeral cortege had been formed at the Little White House with the four of us riding in the car immediately following the hearse. Lines of marines were drawn up along the way from the cottage to Georgia Hall, the route which the President had always driven on his departure from Warm Springs.

Before the Hall, as always, were the patients and attendants the friends who gathered each time to wave and smile their farewells to this man who shared with them the bond of personal affliction, a bond which had been more gay than morbid. On other occasions these farewells had been tinged with some sadness for it meant the ending of a holi­day for them as well as for the President of the United States. On this day the sadness was understandably deeper; the farewell was final, the loss permanent. The child patients were sobbing and there were tear-streaked faces. The adults sobbed too.

As the cortege drew into the drive and halted, the sad strains of an accordion played ‘Going Home.’ It was Graham Jackson, a Negro, who had played many times for F.D.R. and the hundreds of others there. Bareheaded and with tears running down both sides of his face, he stood in front of the group and paid his last homage. And as the cars started again slowly, driving around the semicircular drive and on toward the station, Jackson swung into one of the President’s favorite hymns, ‘Nearer, My God, To Thee‘.”

Here is a recap of the last five minutes of the funeral service, as presented on a combined network presentation at 5:00 pm EWT on April 14, 1945.