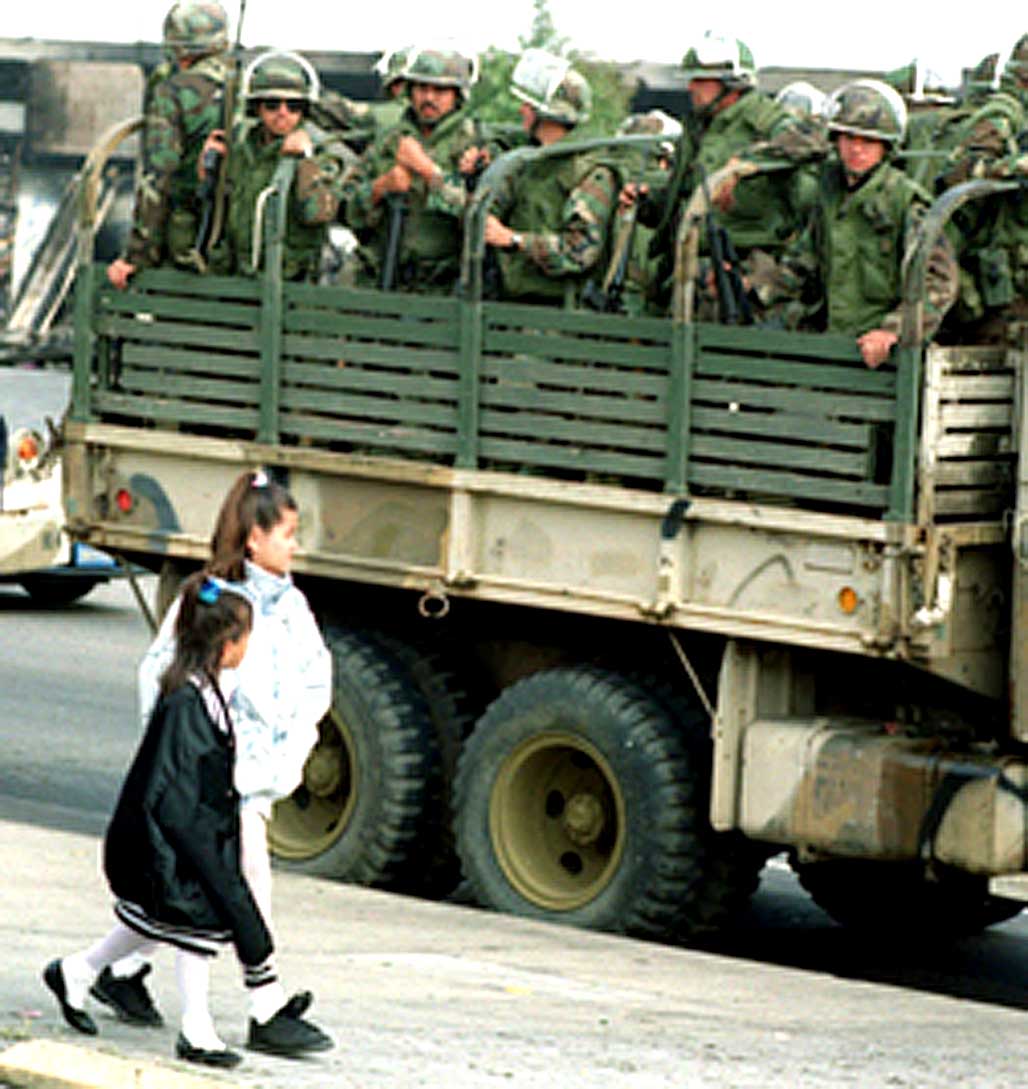 May , 1992 - Getting along with a little help from the Infantry.

If you lived in Los Angeles, this sunny May 1st in 1992, you woke up noticing the sky was red, the air was thick with smoke and the streets were filled with troops.

The city was going into its third day of unrest and reports were coming in that it had spread to other communities. To the south, in the suburb of Long Beach, some 300 fires had been set overnight. The death toll had climbed to 38, and even Rodney King, the centerpiece of the disturbance, was asking if we all couldn’t get along.

Apparently, in some communities we couldn’t. Despite Rodney King’s appeal, store owners were armed to the teeth and guarding their businesses in Koreatown. Accounts of looting on Wilshire Boulevard, at the edges of Beverly Hills were being reported and store windows were smashed and buildings set on fire in Hollywood. Everywhere, it seemed, pockets of disturbance were bubbling up and lighting the night sky all over the city.

And so, at the request of Mayor Tom Bradley, California Governor Pete Wilson sent in the troops. President Bush federalized the troops and went on the air to ask for calm – Mayor Bradley went on after and did likewise.

And while all that was going on – news was happening in other places. A gunman was holding some 60 hostages at a High School in Olivehurst, north of Sacramento. According to Sheriffs, the gunman used to go to school there and wanted to express his dissatisfaction with his time at the school. As of the broadcast, some 8 people had been wounded and an unconfirmed report of one teacher killed.

The U.S. accepted a draft treaty at the UN, committing nations to lower greenhouse gas emissions by the end of the decade. It was a non-binding agreement, which Washington wanted, but observers said it did mark a change in U.S. position by simply recognizing the importance of stabilizing such emissions.

And May Day festivities weren’t going on in Moscow this day – the only one left celebrating the event was Cuba, who were still staunchly Communist and still anti-U.S.

And that’s what happened on this May 1st in 1992 as reported by CBS Radio and NPR.