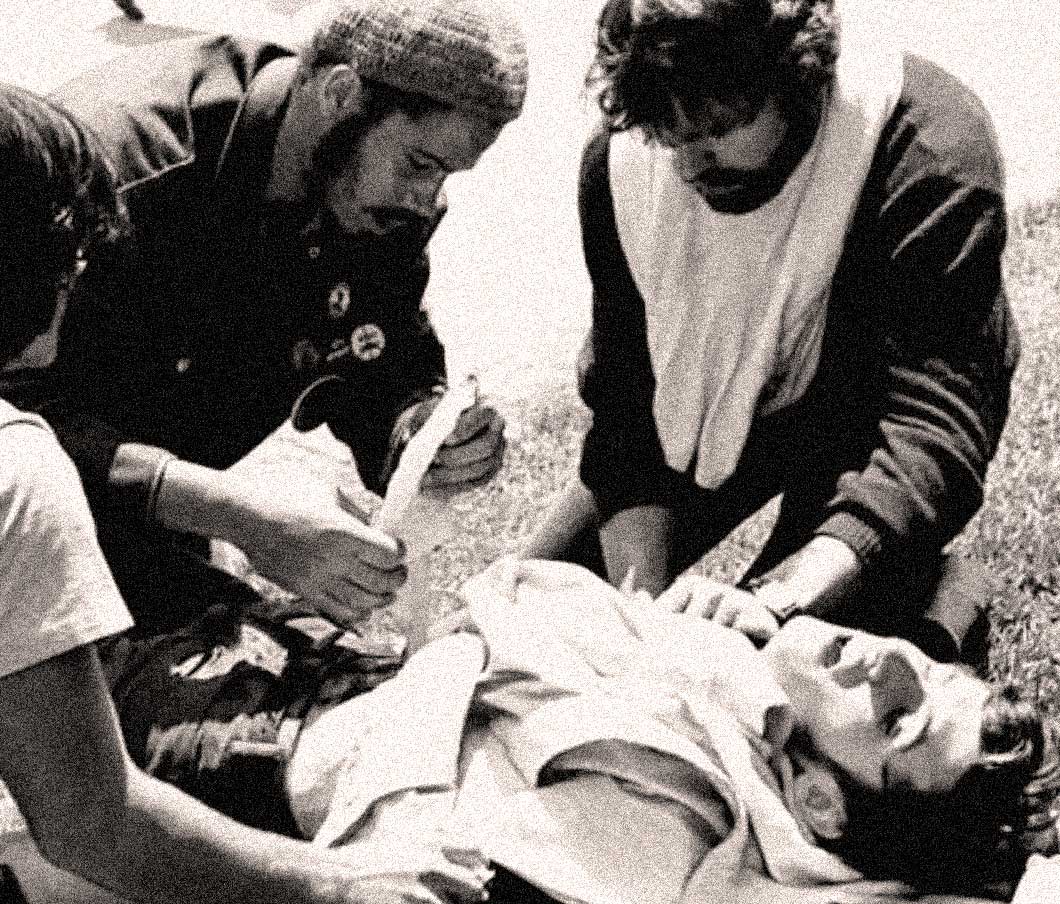 Many have said the events outside the 1968 Democratic Convention in Chicago started the shift in national opinion of the War in Vietnam. The events at Kent State (and a few days later at Jackson State) 45 years ago today, solidified that shift, and the killing of 4 students by National Guard troops galvanized it.

It also displayed the stark division taking place in our society – between those supporting the War and those demanding we get out. A division which continues among those who demand we settle our difference through violence and those who say peaceful settlement is the only option.

A lot has been written about this incident; it’s been the subject of investigations, and many correlations have been drawn between those events at Kent and Jackson State with those taking place recently in our country and those which continue and will probably continue until a sense of reason is introduced..

But on May 4, 1970 the country reacted with shock that this protest against the War in Vietnam, and the recent decision by President Nixon to invade Cambodia, had taken us this far.

Nixon was elected in 1968 on the grounds he would end the war in Vietnam. The decision to invade Cambodia ran against that promise, and in fact was widening the War in Southeast Asia. It triggered a series of protests, beginning shortly after his announcement of the invasion on April 30th.

Other news happened this day, as it always does. But the attention of the country was focused on Kent State University in Ohio and the sudden turn of events unfolding this day.

Here is that newscast, via NBC Nightly News as it was broadcast on May 4, 1970.