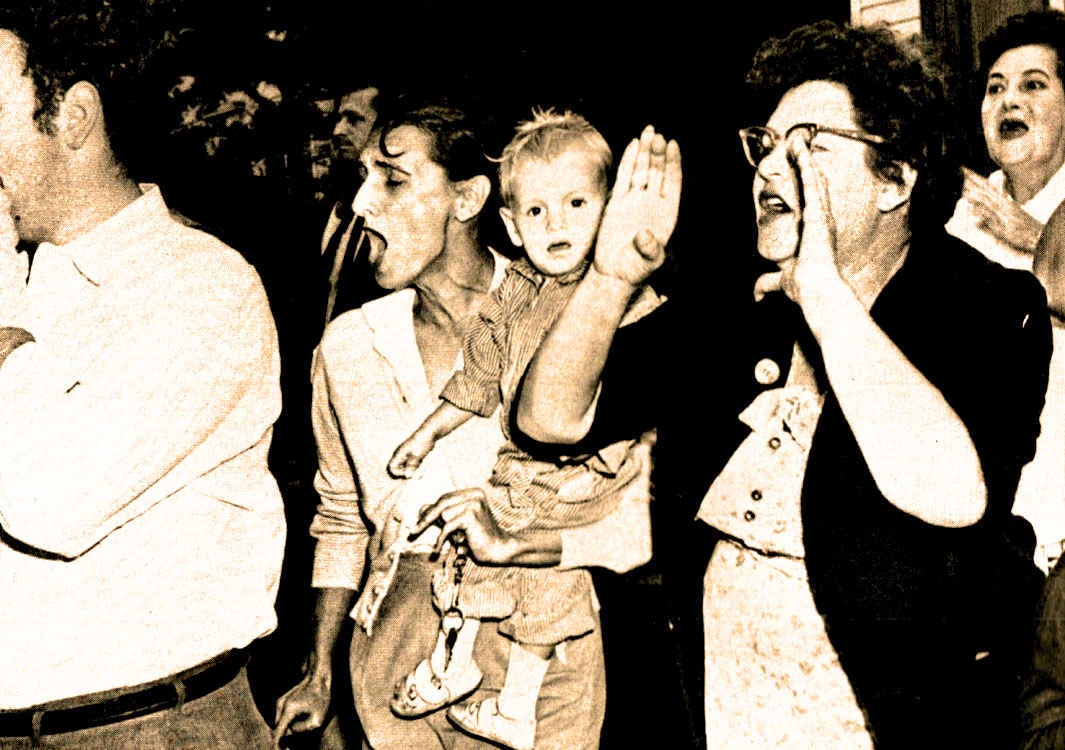 "With All Due Haste" meant different things to different people. In the South it mean Never.

“With All Due Haste” meant different things to different people. In the South it meant  Never.

In 1954, the landmark Brown v. Board Of Education paved the way for school desegregation in the U.S. – compliance was slow. But nowhere as slow as the South, where the Supreme Court proviso of “in all due haste” was loosely translated to mean Never.

And as deadlines for enacting this decision drew nearer, the resistance grew and turned to defiance. Integration in public schools was not going to happen any lifetime soon, in the eyes of many.

The flimsy excuses of “they’ve got just as good schools as white people do” and the argument that the NAACP was a Communist front group weren’t holding water in Washington. Sooner or later, a showdown was imminent.

1956 was an election year, and there was also the beginning of a planned Civil Rights bill designed to add voting rights and public places to the list of desegregation plans to be introduced in Congress shortly. The stage was set for what would eventually become a violent confrontation over the question of Civil Rights and integration in public schools.

In this discussion, featuring Congressman James Davis (D-Georgia) and Congressman Kenneth Keating (R-New York), who was co-sponsor of the pending Civil Rights Bill.

It’s an eye-opening discussion and one that, from the perspective of 2015, casts an interesting light on the reversals of thought our political parties have taken in recent years. Keating, a Republican is a vocal advocate for Civil Rights and school desegregation, while Davis, a Southern Democrat (or Dixiecrats as they were sometimes referred), was a vocal opponent of Civil Rights and School desegregation.

It may seem odd but yes, things were a bit different then.

In any event, this discussion sums up the state of Civil Rights in America in the mid-1950s, and gives some indication how long the Civil Rights struggle has been going on.

Here is that discussion, as it was broadcast over NBC Radio as part of the American Forum series from May 6, 1956.