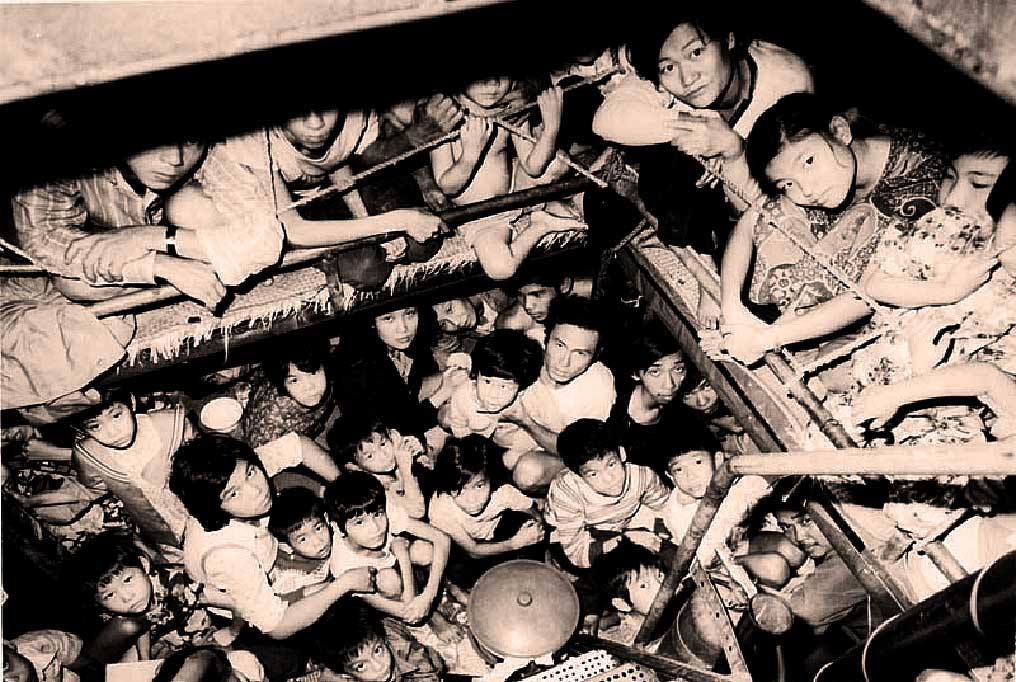 Boat People: At first a trickle and then a flood.

Boat People: At first a trickle and then a flood.

May 11th came on a Sunday in 1975. And as is always the case, Sunday is reserved for recapping the main news stories of the week. The week ending May 11th in 1975 was particularly auspicious because it represented the ending of two major events in history; the 30th anniversary to the end of World War 2 in Europe and the end of the Vietnam War – both were commemorated for entirely different reasons.

And while the reflection and questioning were going on, events were moving quickly in Southeast Asia. Cambodia, taken over by the Khmer Rouge, was now imposing a forced evacuation of Phnom Pen; relocating people to the country. For what reason, it wasn’t exactly clear, but it was mass confusion anyway. And Vietnam was far from over, with boats jammed full of refugees taking to the high seas in order to reach the U.S. or points friendly to their plight. A new phrase was entering our Lexicon: Boat People. And the harrowing tales of refugees, crammed past the limits, streaming to ports in Australia or the Philippines or Hawaii, with the hope of starting new lives, were starting to appear – with reports of more Boat People arriving coming each hour.

So it was a week of contrasts – a week that ran both hot and cold. One of those weeks in history where too much was going on to focus on any one thing – it was all happening at the same time.

And that’s what was going on, this May 11th, 40 years ago as reported by CBS Radio and their weekly broadcast The World This Week.

If you could spare a buck, it’ll keep us going: Become a Patron!