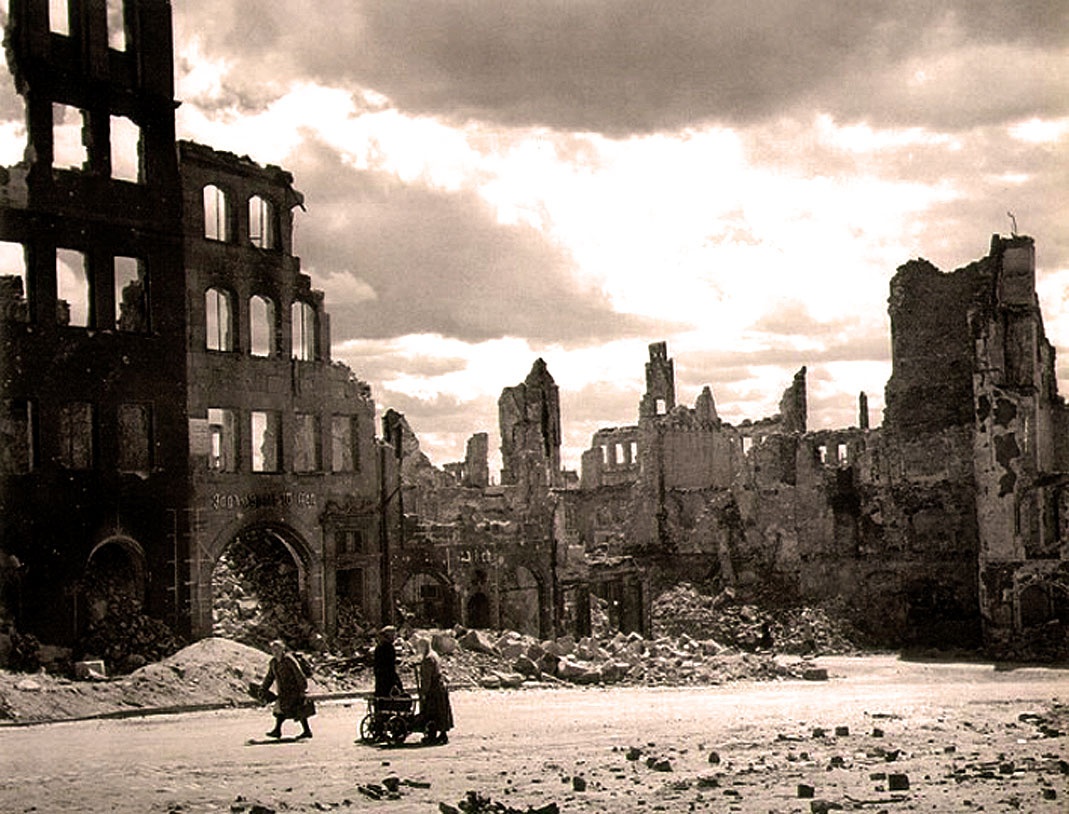 The grim reality of rebuilding.

The UN Conference: The grim reality of rebuilding.

As the V-E Day celebrations died down, the grim reality of what was left of Europe now had to be addressed. The San Francisco Conference, which began in April, days after the death of President Roosevelt, was busy setting up methods and plans to deal with the issue.

There was still a war on, and attention needed to be focused on that. But the immediate needs of millions of displaced, uprooted refugees, the destroyed cities and the overwhelming task of rebuilding had to be addressed.

So the task of setting up committees, formulating a plan and beginning the process of rebuilding fell on members of the newly formed United Nations at what was initially known as The San Francisco Conference.

Chairman of the Conference was assistant Secretary of State Archibald MacLeish. Alger Hiss was Secretary General of the newly formed United Nations.

The general feeling at the Conference was, even though VE Day signaled the end of fighting in Europe, it didn’t mean a time for relaxation or relief, but an added obligation to speed an end to the War in the Pacific.

There was also caution and a sense of cynicism among some of the delegates, that this United Nations would be no different than the League of Nations formed after World War 1, which failed so badly to prevent World War 2.

All of these factors were confronting the San Francisco Conference. But the prevailing attitude was the process had to begin and some way of insuring peace in the future had to start.

So on this May 12, 1945 – a discussion was presented, outlining the goals of what the San Francisco Conference was hoping to achieve and what was taking place.

No easy answers, and much convincing, assuring and cajoling. At the same time mindful that the war wasn’t over, and it was very possible the worst was yet to come.

Amid celebration, uncertain times. And that’s what was going on, this May 12th 1945 as presented by NBC Radio as part of their daily Report From San Francisco.