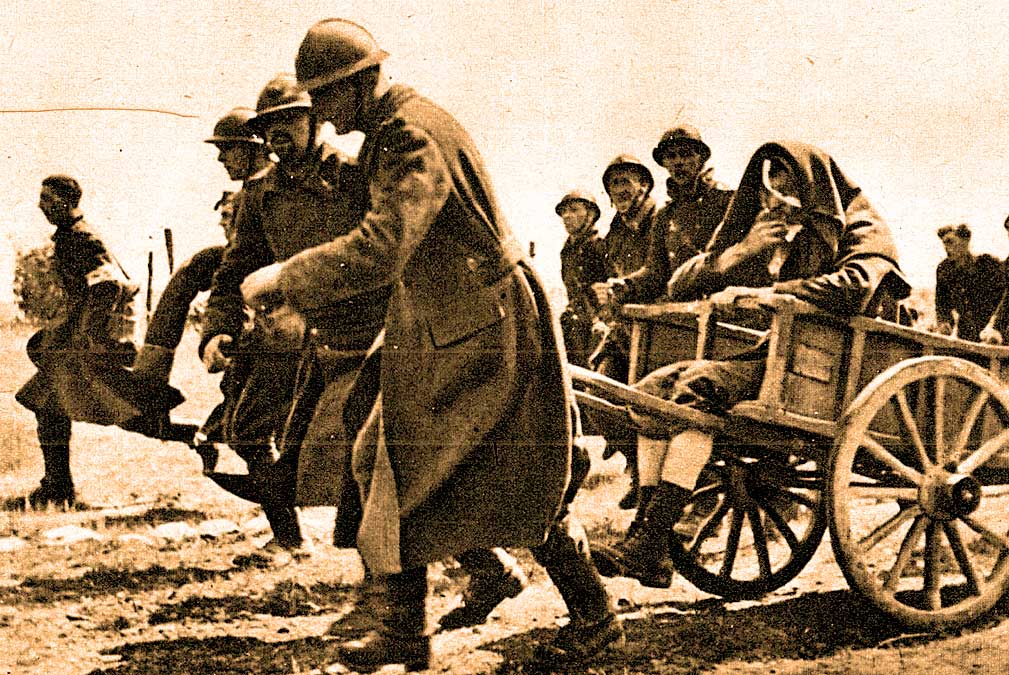 The French Army bordering on collapse.

The French Army bordering on collapse.

A day where things looked particularly grim, this May 21st, 80 years ago. With the German Army advancing into Belgium and crossing into France, and with the French Army in a state of disarray and chaos, the situation was looking bleaker by the hour.

The British Army, now heading to the coast and evacuation to England were in danger of being surrounded by the Germany Army. Meanwhile, the German Army was able to cross easily into France, because a major bridge crossing at the Meuse River wasn’t blown up, despite orders from the French high command. The German invasion was in full force.

French President Paul Renaud addressed the French Senate in Paris, giving the grim news but also commented that French officers in the field had committed terrible errors and would be punished. He went on to call the German crossing at the Meuse a disaster and that the French strategy was based on a misconception over how the war was being fought. Renaud added France needed to think of new methods of waging this war, and would eventually succeed even if it meant a miracle was needed to save them.

This turn of events and the invasion also compounded the food shortage going on in France. Because 5 million refugees were streaming in from Belgium and northern France it had created a staggering impact on already depleted food supplies. It was reported by Red Cross officials that Paris had run out of milk and the rest of its food supply would be exhausted within days.

German bombers were reported heading to the English coast. Britain stepped up its efforts to thwart an invasion by German paratroops and search out fifth columnists.

In response, War Secretary Anthony Eden told the House of Commons that organization of volunteer troops to defend vulnerable points was proceeding as quickly as possible. Prime Minister Churchill was introducing legislation the following day which would call for the death penalty for any German Paratroopers caught wearing civilian clothes.

Meanwhile, reports came in that British, French and Belgian troops were surrounded from the port of Antwerp to Abbeville by German forces, effectively cutting off some 300,000 allied troops and driving a wedge between British and French forces.

In Washington, news of the disaster was reported to the Senate, with Senator Claude Pepper who introduced a resolution empowering the President the sell the Army and Navy Air Force to the allies. Appropriations for War supplies and material were quickly drawn up and sent to the Foreign Relations Committee for approval. The Senate then set about the task of sending an Army appropriations bill through. Senator Pepper addressed the gallery, saying this could be the “turning point of our civilization”.

And that’s a small portion of what went on this May 21st, 1940 as reported in a special broadcast from CBS Radio.