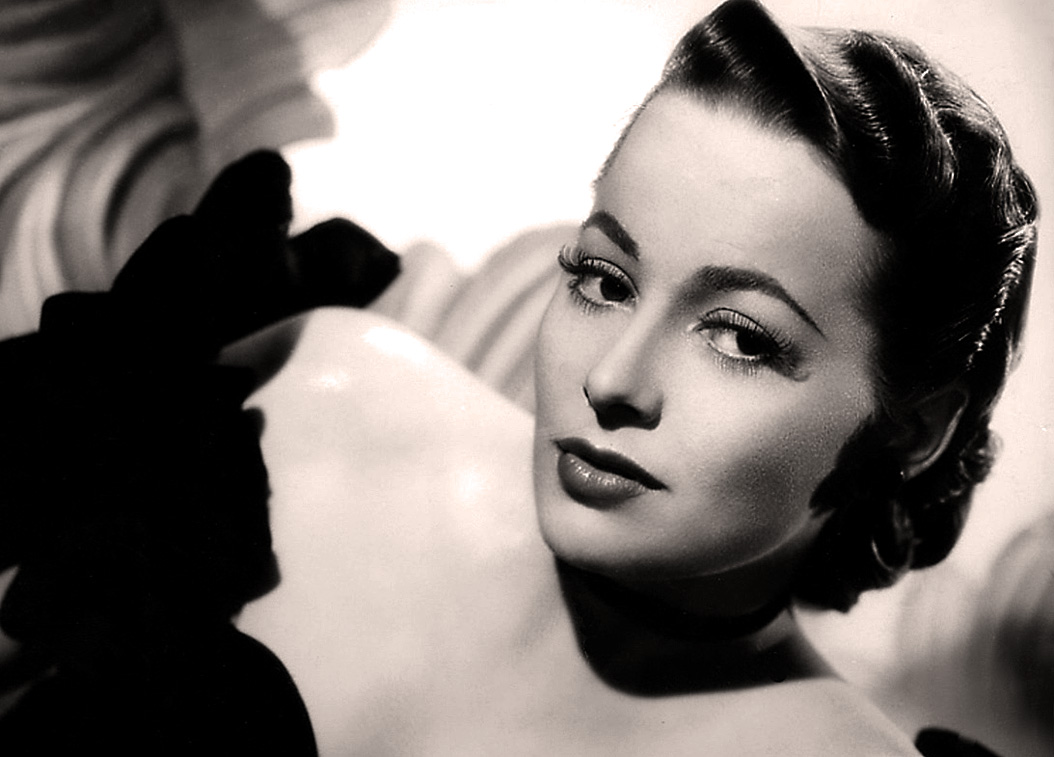 Editors Note: This was originally posted in 2015 – with the sad news of her passing today, additional information has been added to bring it up to date.

Another of our occasional series of Hollywood legend interviews. This one from 1964 in connection with the then-newly released film Lady In A Cage with its star Olivia DeHavilland.

Probably best known in 2015 as one of the stars of Gone With The Wind, Olivia DeHavilland has had a career spanning from 1935 to 2009 and is the old living member of the cast of Gone With The Wind as well as the oldest living recipient of an Academy Award. At 98, Olivia DeHavilland has left the limelight mostly behind – only surfacing occasionally from her seclusion – once in 2008 to receive a National Medal of Arts Award in Washington, in 2009 to provide narration for the film I Remember Better When I Paint, and in 2010 to receive the Chevalier of the Légion d’honneur, awarded by the President of the French Republic.

On November 17, 2008, at the age of 92, de Havilland received the National Medal of Arts, the highest honour conferred to an individual artist on behalf of the people of the United States. The medal was presented to her by President George W. Bush, who commended her “for her persuasive and compelling skill as an actress in roles from Shakespeare’s Hermia to Margaret Mitchell’s Melanie. Her independence, integrity, and grace won creative freedom for herself and her fellow film actors.” The following year, de Havilland narrated the documentary I Remember Better When I Paint (2009), a film about the importance of art in the treatment of Alzheimer’s disease.

In 2010, de Havilland almost made her return to the big screen after a 22-year hiatus with James Ivory’s planned adaptation of The Aspern Papers but the project was never made. On September 9, 2010, de Havilland was appointed a Chevalier (knight) of the Légion d’honneur, the highest decoration in France, awarded by President Nicolas Sarkozy, who told the actress, “You honour France for having chosen us.” In February the following year, she appeared at the César Awards in France, where she was greeted with a standing ovation. De Havilland celebrated her 100th birthday on July 1, 2016.

In June 2017, two weeks before her 101st birthday, de Havilland was appointed Dame Commander of the Order of the British Empire in the 2017 Birthday Honours for services to drama by Queen Elizabeth II. She is the oldest woman ever to receive the honour. In a statement, she called it “the most gratifying of birthday presents”. She did not travel to the investiture ceremony at Buckingham Palace and received her honour from the hands of the British Ambassador to France at her Paris apartment in March 2018, four months before her 102nd birthday. Her daughter Gisèle was by her side.

Certainly a national treasure and one with countless films to her credit. This was an interview broadcast on June 22, 1964 with celebrated interviewer Tex McCrary.