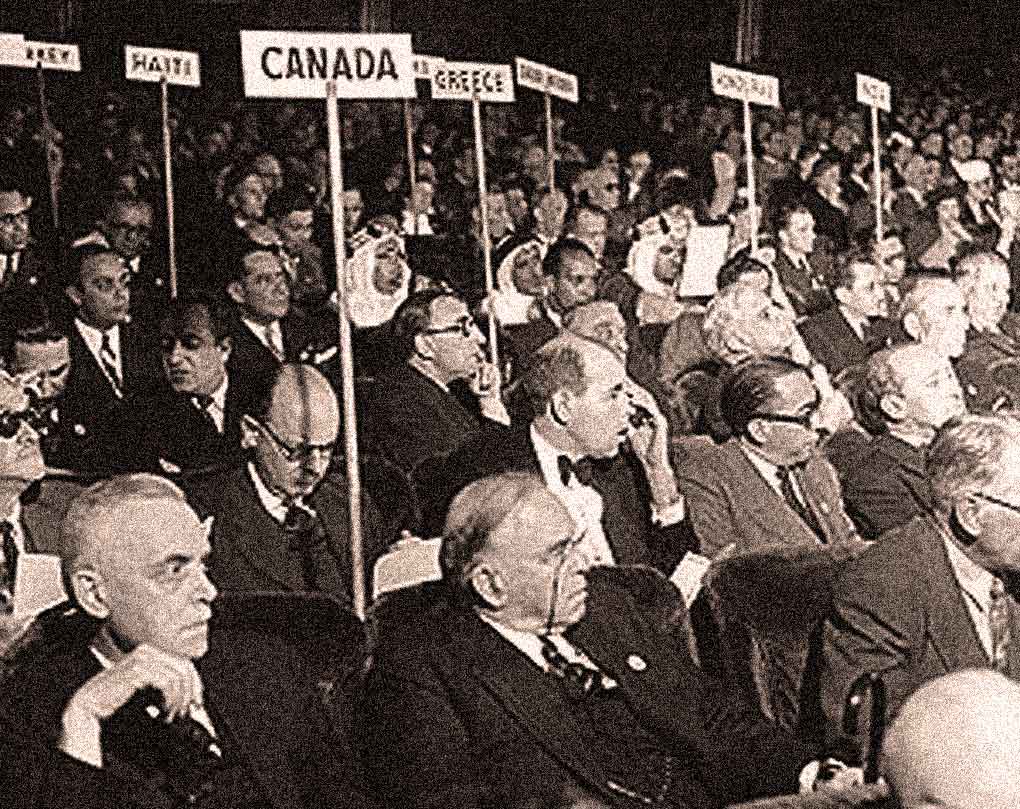 While the war continued in the Pacific, efforts to establish a lasting and workable peace in Europe, which would eventually include those places currently embroiled in war, were slowly moving forward.

On this May 26th in 1945, meetings were held and issues brought up at this first United Nations Conference, held in San Francisco. The question of U.S./Soviet collaboration was brought up and the job of nailing down the framework established at the Dumbarton Oaks Conference was taking shape. At this point it was a matter of drafting and approving the resolutions being presented and discussed in order to be taken up for a vote by the whole Conference.

But some observers were noting potential problems with the Soviet Union as time went on. Notably, the way situations were shaping up in Eastern Europe. And many wondered if this wasn’t the precursor to potential confrontations and disagreements over the coming months/years, and would this have an impact on the future of The United Nations as a whole.

It was a disturbing and confusing issue to many, as Russian and American troops were working side-by-side in occupied Germany and both Russian and American troops had died defeating a common enemy. The notion that the Soviet Union could, at some point, be considered an enemy seemed strange and far-fetched. The facts, as many were reminded, were these; the Soviet Union and the United States had proved, in the most difficult geographic, economic and psychological circumstances, under which allies have ever attempted to act as allies, that they could work together in the difficult and trying prosecution of a total war. The United States and the Soviet Union had proved, at Dumbarton Oaks and at Yalta and at San Francisco, that they could reconcile their views and arrive at common understandings on problems which had resisted until then, the best efforts of the best diplomatic minds of many generations, and which had never been solved before this conference.

So for all the pessimism being expressed around San Francisco, there was also a goodly degree of optimism that the United Nations was not going to go the way of The League Of Nations; that this would be a success.

This was the fifth in a weekly series of reports broadcast to listeners on the progress being made at the San Francisco Conference, where issues were discussed and the matters of the conference were brought up before members of the State Department and key delegates to the Conference.