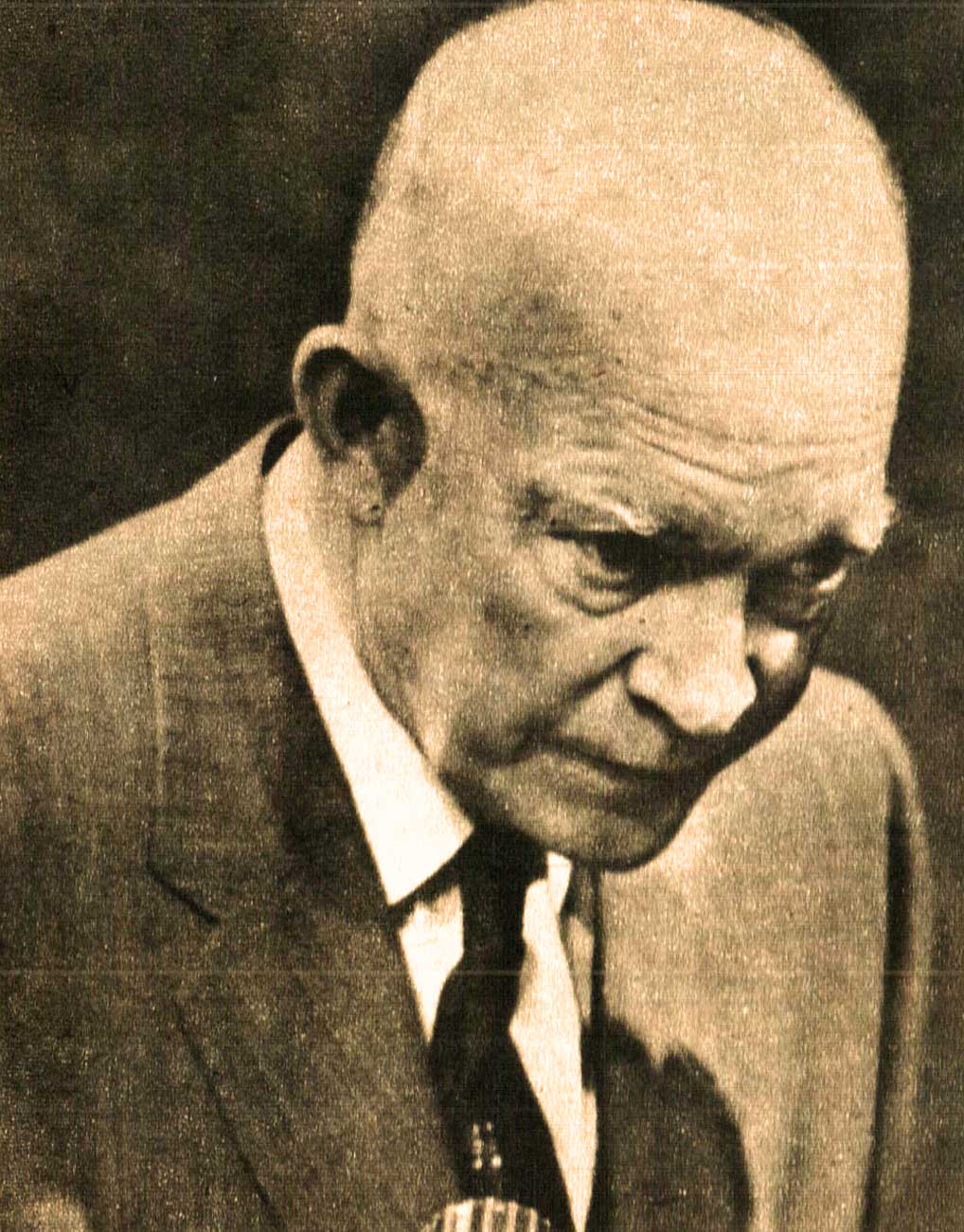 President Eisenhower – when Press conferences were slightly combative and Polio was pandemic.

It helps – it helps a lot: Become a Patron!

A Presidential Press Conference could be jovial or combative, more often combative. In this case the questions and answers had a lot to do with the Big-4 Conference and the snafu over the initial Salk Polio vaccinations which many were laying at the feet of Oveta Culp Hobby, who was head of the Department of Health, Education and Welfare. Hobby oversaw the initial distribution of the vaccine, and one company, Cutter Laboratories distributed a batch which contained a live Polio virus. The initial batch produced 120,000 doses of Polio vaccine which contained the live virus. Of those 120,000, some 40,000 developed abortive poliomyelitis, and of those 40,000 some 56 developed paralytic poliomyelitis.

The storm of controversy nearly scrapped the Polio vaccine program entirely, and calls for the immediate resignation of Hobby came thick and fast. Eventually Hobby would resign as well as Director of the National Institute of Health Dr. William Sebrell who ignored warnings of a possible contaminated batch from Cutter Laboratories, and the Polio vaccine program would continue.

President Eisenhower spent much of the Press conference fielding questions over the scandal as well as questions regarding the Big-4 Conference and the development of Nuclear energy.

For a moment, the Cold War wasn’t the most important thing on people’s minds at the time. The question over rebuilding national confidence over the Salk Polio vaccine was of prime importance.