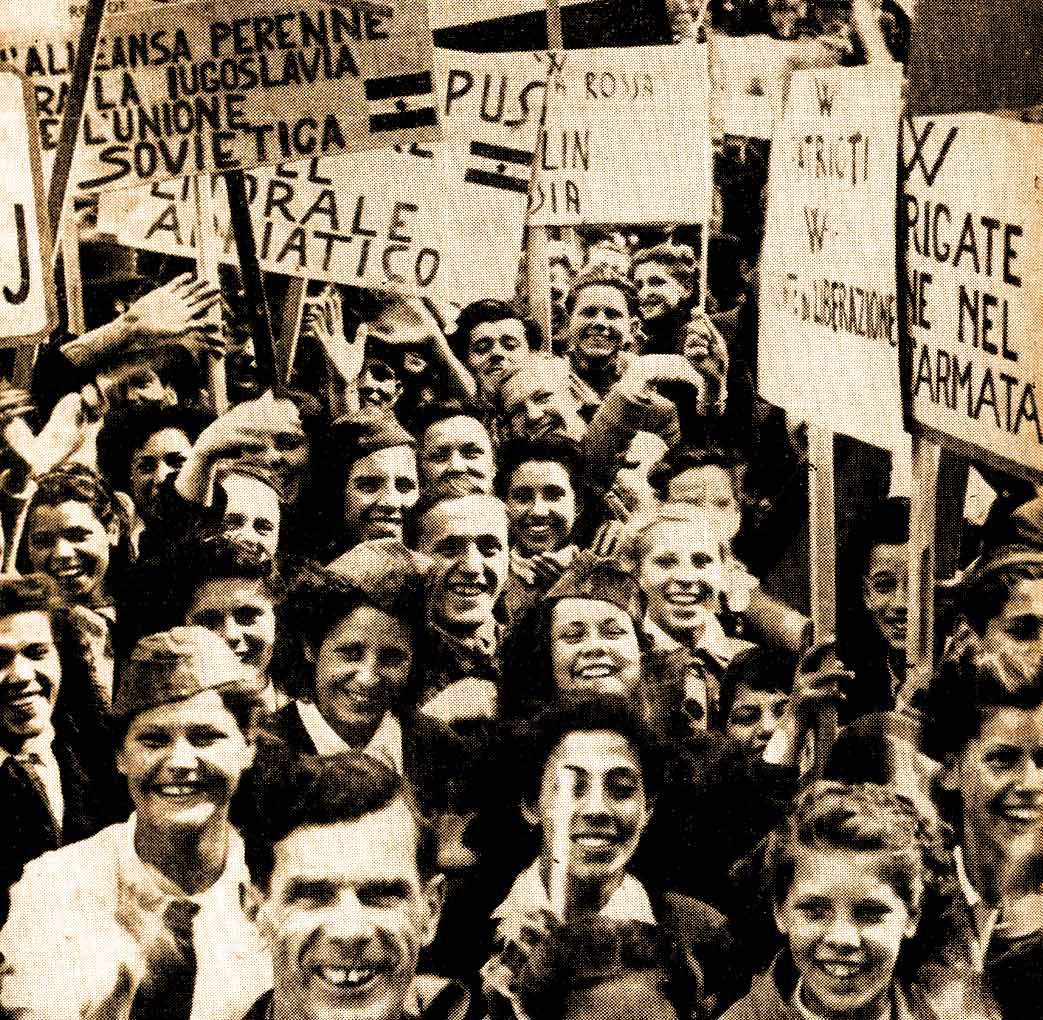 News for this June 2nd in 1945 was about the transition to peace-time in Europe, the celebrations continuing, and flareups of violence in former colonies and protectorates.

Starting with word from Paris that General De Gaulle held his first Press conference since the previous September in order to address issues over the Syrian question. Riots in Damascus claimed several hundred lives. The Middle East situation was at the boiling point, with flare-ups going on throughout the region against the Allied countries holding mandates. Britain had Iraq, Trans-Jordan and Palestine while France had a mandate over Lebanon and Syria since 1918. De Gaulle pointed out that, because Syria was a country of different races and religions, it was difficult to govern. Complicating matters was the presence of British troops brought in to beef up French forces which only numbered some 4,000 which angered the French. De Gaulle was quick to point out that not one piece of military equipment used to quell rioting was from Lend-Lease. Further, De Gaulle added that the situation in the Middle-East wasn’t the sole responsibility of Britain and France, but now that Russia had been showing interest, it should now be considered an International matter.

Another Press Conference, this one held by the Minister of Finance, announced that French Bank bills would have to be exchanged for a new issue. This meant that the GI’s stationed in France had to line-up in front of French banks in order to exchange their old francs for new ones.

From London came reports that, for the first time since the start of the war, automobile drivers were issued a ration of gasoline. Fears were it would become a free-for-all with drivers hitting the road, some for the first time in 5 years and pedestrians would be taking their lives in their hands just crossing the street. But the concerns didn’t materialize because, even though the increase in cars on the roads were noticeable, they all behaved themselves pretty well.

Meanwhile, in the Pacific – the war was continuing with reports of continued raids on Southern Japan from Aircraft carriers of Halsey’s 3rd fleet, while the 5th fleet returned to Guam after some 5 months of action. A reminder that peace wasn’t breaking out everywhere.

And that’s a small slice of the news for this June 2nd 1945, as reported by NBC’s War Telescope Program.