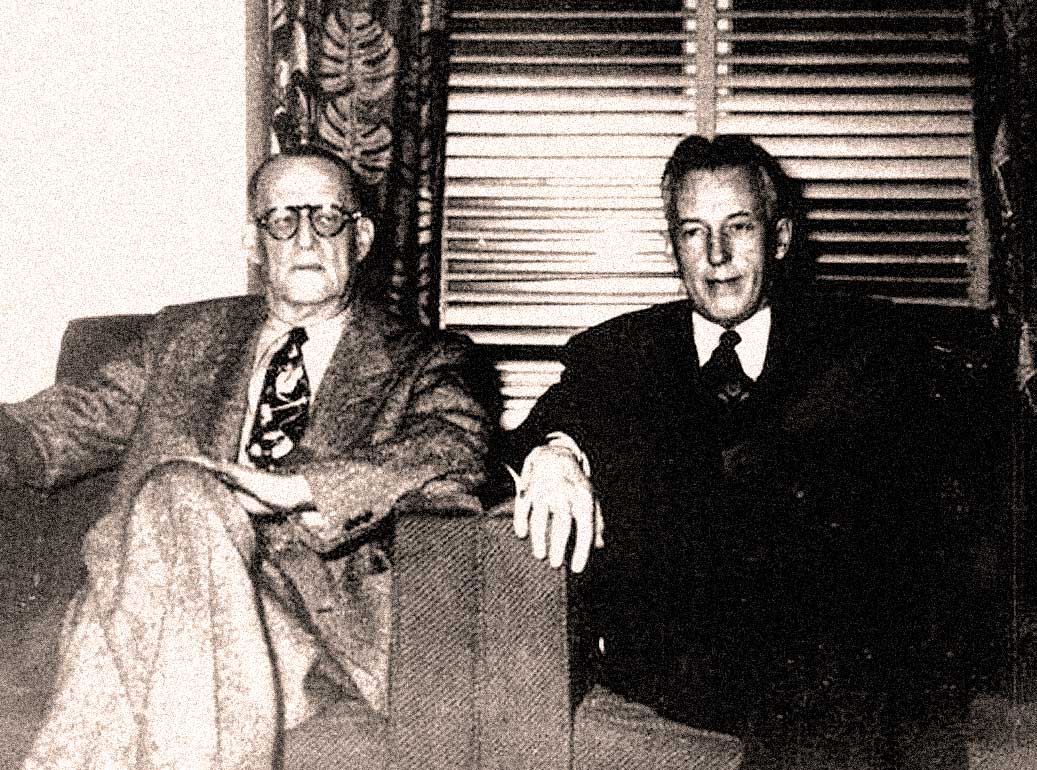 Alcoholics Anonymous Founders Dr. Bob Smith and Bill Wilson - a Proctologist and a Stockbroker - unlikely alliance - and 80 years later, a way of life.

June 10, 1935 – Birth Of A Fellowship – The Founding Of Alcoholics Anonymous

Dr. Bob Smith and Alcoholics Anonymous founders Bill Wilson – a Proctologist and a Stockbroker – unlikely alliance – and 80 years later, a way of life.

. . . or click on the link here for Audio Player – Dr. Bob Smith talks about the beginnings of AA – Gordon Skene Sound Collection.

Cited in Life Magazine as one of the most influential movements of the 20th Century, the movement that gave birth to the concept of the 12-step program, Alcoholics Anonymous got its start on June 10th 1935.

Not without its detractors, naysayers, gurus, pontificators and bashers, Alcoholics Anonymous has maintained its singleness of purpose these past many years – offering a simple program for people whose lives had been wrecked by Alcohol (and lately drug) abuse and has offered some help and a means of staying sober, much to the bafflement of many. The program based on the principles of Trust God, clean house and Help Others has been the foundation of the program.

And although many over the years have sought to discredit the program by swearing it doesn’t work, it’s a con, it’s a cult and it’s some religious group – it’s worked, and it’s worked for millions of people and continues to work to this day. That it, at its core is a group with no leaders, no one version of God, doesn’t ask for anything except a desire to get and stay sober and functions by way of people banding together and talking to each other, pretty much tosses the idea of it being a cult out the window.

But sometimes answers that are so simple have to be wrong. It’s human nature to think we’re more complex than we are – that the key to understanding is to have an intellectual epiphany. Sometimes, the gut, heart and head have little in common with each other.

So it was this chance meeting between Bill Wilson, a failed stockbroker and Dr. Bob Smith, a failed proctologist, that this movement was born – neither could stay sober on their own. But together, it worked.

To give some background on how this movement got started, and why June 10th is a significant date in the history of Alcoholics Anonymous, I ran across a talk by Dr. Bob Smith given in the late 1940s on the history of AA. Dr. Smith was the first of what would become a group of 100 people who got sober via this 12-step program. Dr. Smith’s sobriety date is June 10th 1935 – and so that date has been determined as the start of Alcoholics Anonymous.

Sadly, the sound is pretty rough. Being an anonymous program, recording any of these meetings or talks was an afterthought and never intended to be shared to people all over the world. Now its a routine procedure at many meetings as a way of making these talks available to people who have limited access to meetings. But in the 1940s, recording equipment was an ordeal. This talk, which goes over an hour, was filled with speed and pitch problems. So I have included a 6 minute excerpt which gives the gist of AA’s story as told by one of its founders.

But from a history point of view, this day 85 years ago has had a distinct impact on people. Had it not happened, it would be hard to tell how things would have worked out.