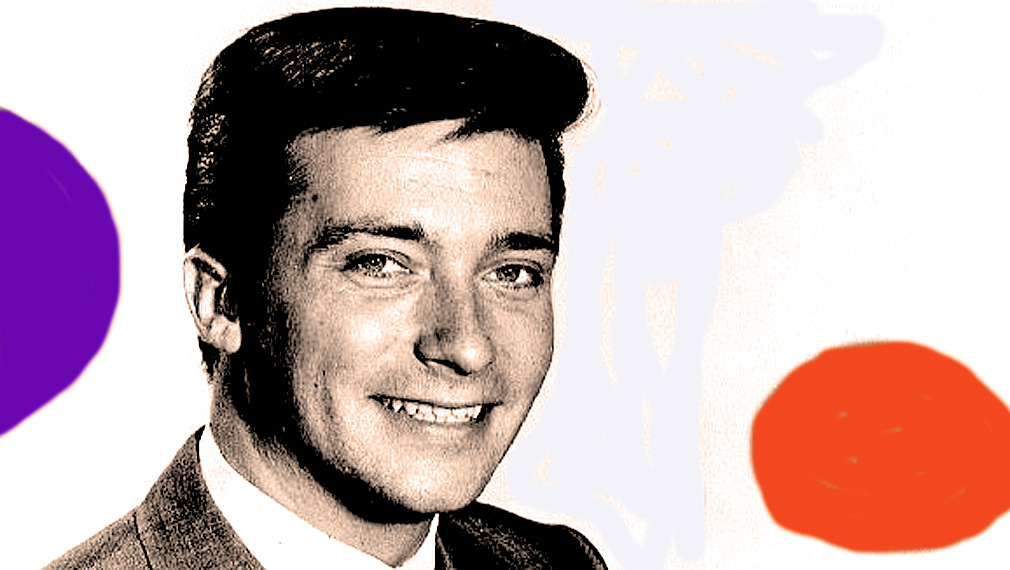 Before achieving Supreme-Leader Status on TV's Shindig, was finger popping on the airwaves as Disc Jockey.

Before achieving Supreme-Leader Status on TV‘s Shindig, was finger popping on the airwaves as Disc Jockey extraordinaire.

Top 40 AM radio in the early 1960s this weekend. Jimmy O’Neill is probably best known as the MC for the popular Music TV show Shindig, which was a staple in the diet of most American teenagers in the mid-1960s. But just prior to that, Jimmy O’Neill was a very popular disc jockey, holding court on the top-40 powerhouse station KRLA, one of the premier rock stations in Southern California. For a time, there were two radio stations vying for the youth market in Los Angeles – KFWB, which broadcast out of Hollywood, and KRLA which broadcast out of the L.A suburb of Pasadena. When AM radio was the most popular form of listening to Rock, these were it. And their numbers of listeners were legion almost any day of the week.

FM was relegated to the high-end stereo enthusiast, who was a fan of Jazz, Folk or Classical – Television, in the early 1960s had very few programs devoted to Pop music, unless you watched the variety shows such as Ed Sullivan, where a popular act of the day would be tucked in among the high-wire performers and accordion players. AM radio was pretty much the only thing you could turn to, 24 hours a day, 7 days a week. And the Disc-Jockey’s spinning discs were all-powerful. Sometimes too powerful – but that’s another story.

So if you’ve never heard of Top-40 radio – or heard an example of what that radio sounded like – here is an excellent hours worth, just to give you an idea.

Fans need no introduction – all you have to do is hit the player and jump into it. It’s all there, including commercials for things you probably didn’t realize were advertised at the time.

And for those of you who haven’t done it yet – we’re still up to our eyeballs in the Past Daily Spring Fundraiser – we need your help and we need it badly. We’re 12 days away from ending and we’re a ways away from hitting our goal. If you like what we do and want to keep us around to do it – please make your Tax Deductible Contribution by click on the link below and making your pledge today. We’re not asking for a lot from a few of you – we’re asking for a little for a lot of you. Do it today.