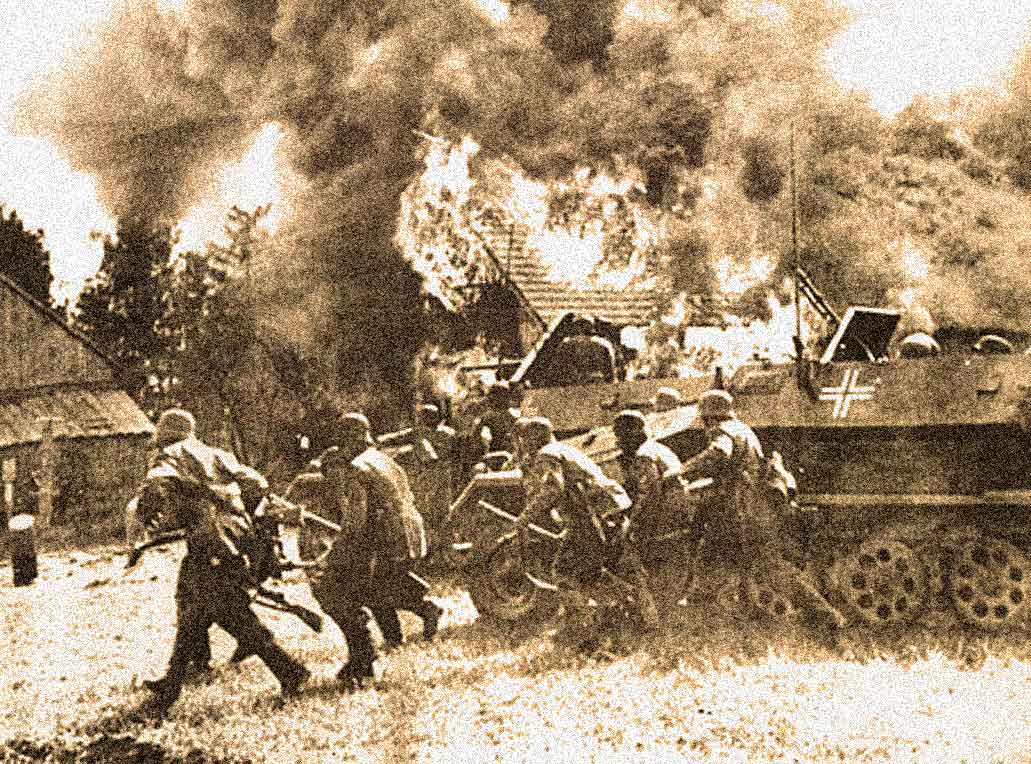 Hitler and Von Ribbentrop announce the German invasion of Russia.

Hitler and Von Ribbentrop announce the German invasion of Russia.

Grateful thanks to Patrons of Past Daily – gentle nudge to those who would like to be – click here: Become a Patron!

June 22, 1941 was about the sudden turn of events in Eastern Europe. Germany announced it was massing troops on the border of Russia and had declared a state of war existed between Nazi Germany and the Soviet Union. Less than two years after signing the “non-aggression pact”, much to everyone’s surprise then, Germany reneged on its promise and prepared to invade Russia.

Operation Barbarossa was the code name for the Axis invasion of the Soviet Union, which started on Sunday, 22 June 1941, during World War II. The operation put into action Nazi Germany’s ideological goal of conquering the western Soviet Union so as to repopulate it with Germans. The German Generalplan Ost aimed to use some of the conquered as slave labour for the Axis war effort, to acquire the oil reserves of the Caucasus and the agricultural resources of Soviet territories, and eventually through extermination, enslavement, Germanization and mass deportation to Siberia, remove the Slavic peoples and create Lebensraum for Germany.

The news was greeted with a flurry of bulletins and confusion which dominated the airwaves for all of that June 22nd. With an address later on that day by Prime Minister Winston Churchill, Germany did what many considered a suicidal move – however, it was the start of Summer and anything could happen between then and when the seasons changed. Russia was certainly superior in numbers of troops. But Germany had superior equipment and skilled tacticians, and Stalin had recently staged a widespread purge within the Military, removing many competent generals and officers – and so far, the Blitzkrieg method of war was successful. But it was down to a matter of time and how long Russia could hold out before Winter arrived.

Here is a sampling of bulletins heard throughout the day, ending with an address from London by Prime Minister Winston Churchill on June 22, 1941.