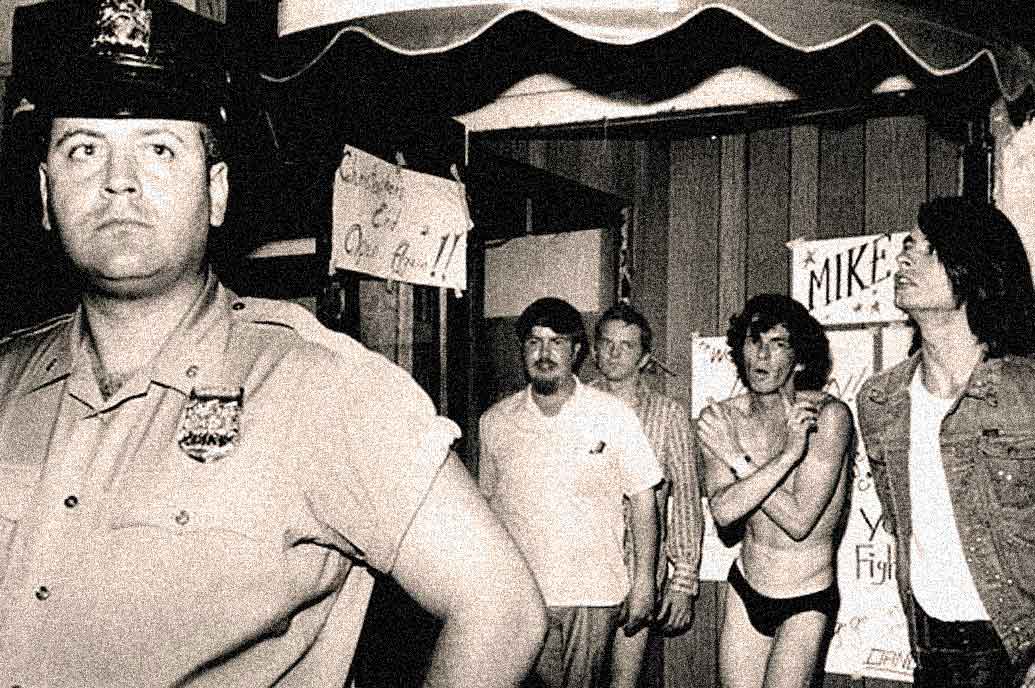 Amid the celebrations today - a reminder and an irony 46 years ago, almost to the day.

Amid the celebrations today – a reminder and an irony 46 years ago, almost to the day.

While the landmark Supreme Court decision was being handed down regarding same sex marriage earlier today, here’s a reminder of just how far we’ve come as a society from where we were 46 years ago, almost to the day.

Known as The Stonewall Riots, an uprising and reaction to repeated harassment by Police and homophobes at The Stonewall Inn, a gay bar in the West Village of New York on June 27, 1969 served as ground zero and the rallying point for what became a decades long struggle in the area of Human rights for Gays, Lesbians and Transgenders.

A routine bust by NYPD vice officers turned into a rock-throwing, molotov cocktail tossing riot which lasted for several days and served as the catalyst for what became the Gay Liberation Movement of the 1970s.

Prior to this moment 46 years ago, same-sex marriage was unheard of. Gay or Lesbian relationships were kept secret – in some states homosexuality was illegal and grounds for imprisonment. Hate crimes were rarely reported because they were so prevalent. To be gay was to be an outcast in the workplace, and grounds for immediate firing – holding hands or any display of affection in public was to court, at best, rude comments, at worst, physical attacks.

And the night of June 27, 1969 touched off an explosion of anger that reverberated throughout the country. And suddenly, homosexuality became an issue discussed in the open.

So 46 years later – while celebrations go on and marriage licenses are quickly issued, a reminder that, even though narrow-minds and homophobic rants still exist – it’s still a work in progress. And the progress took a big leap today.

Here are two recordings – one is a march which took place from the United Nations to Central Park on June 26, 1994 to commemorate the 25th anniversary of Stonewall and the urge the UN to adopt a Human Rights policy on homosexuals – it’s a 90 minute extract from the days activities which featured an estimated 1 million demonstrators. The second is an award winning Radio documentary produced by David Isay for Pacifica and WBAI, New York in 1990 featuring the voices of those involved in the Stonewall Riots in 1969.

Both give you some idea of where things were, what happened and where they are today.