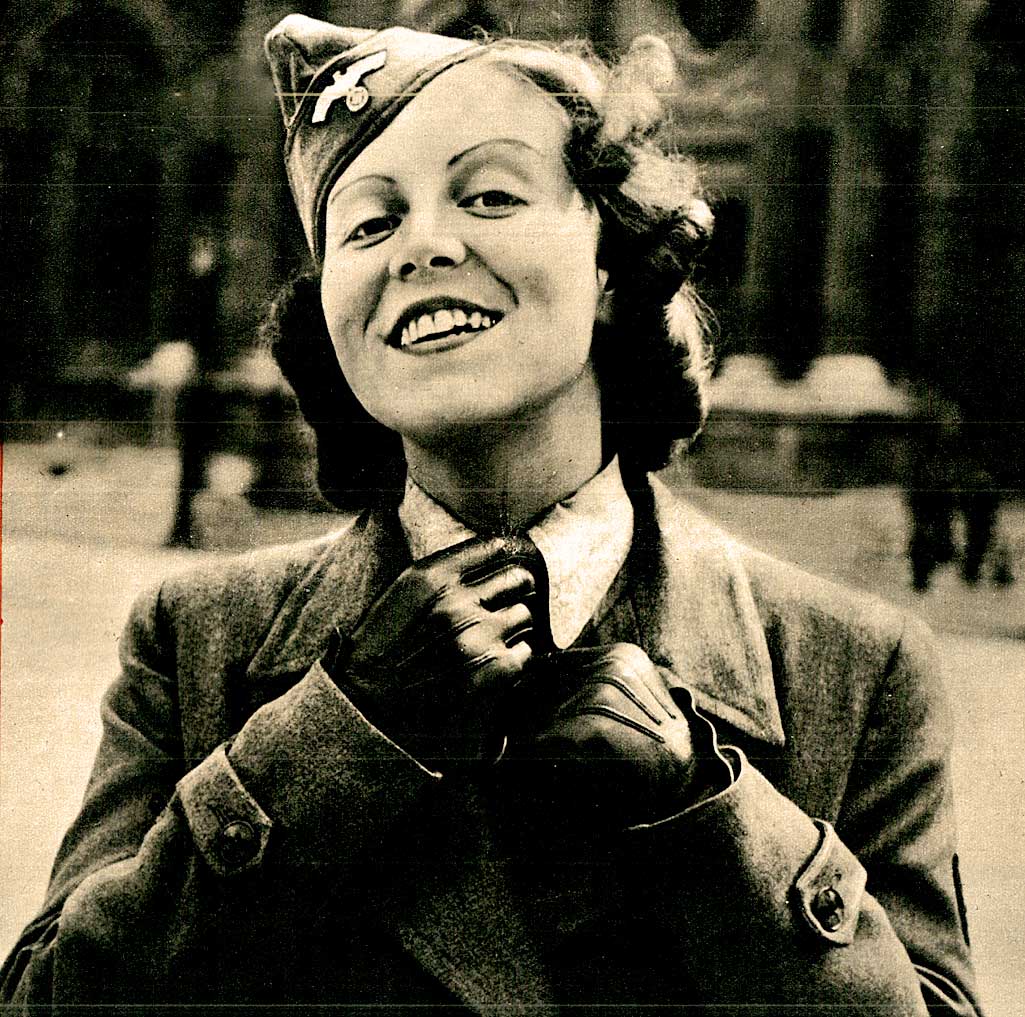 Berlin - July 1940 - careful to project an image of carefree confidence - despite certain "tells".

Berlin – July 1940 – A report careful to project an image of carefree confidence – despite certain “tells”.

Since America wasn’t technically at war with Germany in 1940 – American correspondents were free to give nightly reports from Berlin, reporting the goings on – amid careful and thorough censorship by the German government. So even though reports, such as this one from Chicago Tribute reporter Sigrid Schultz, who was reporting regularly from Berlin on July 14, 1940, spoke of German victories and the feeling of an imminent invasion of Britain, there were tells buried in the reporting which spoke otherwise. Shortages, rationing and a feeling that, despite the government propaganda machine, well-oiled and working overtime, there were indications all was not so good among the average Berliners on the street.

And as time went on, the restrictions and the censorship were more and more stringent – and it simply became a question of terminating the broadcast altogether, or cutting the microphone in mid-sentence.

This report makes mention of the Conventions taking place in the U.S., which are having no effect on the average German. The reports instead focus on victories, on the attitude of the French, now occupied by Germany and how France gave up quickly and without much fight. How Germany must start thinking in terms of a United Europe and that the smaller nations still considering help from “outside sources” (i.e. Britain) are warned of danger in that thinking.

The report then goes on to talk about shortages of fruit and other essentials, and how canning season was starting in Germany and it was a sign of discontent for many German housewives that sugar was in such short supply and that the government was offering substitutes.

A fascinating look at what the German propaganda machine was up to in 1940 – and how U.S. radio and newspaper outlets still had correspondents reasonably free to roam the streets for stories – for the time being.

This was how it sounded from Berlin, this July 14, 1940 as reported by Sigrid Schultz for the Mutual Broadcasting System.