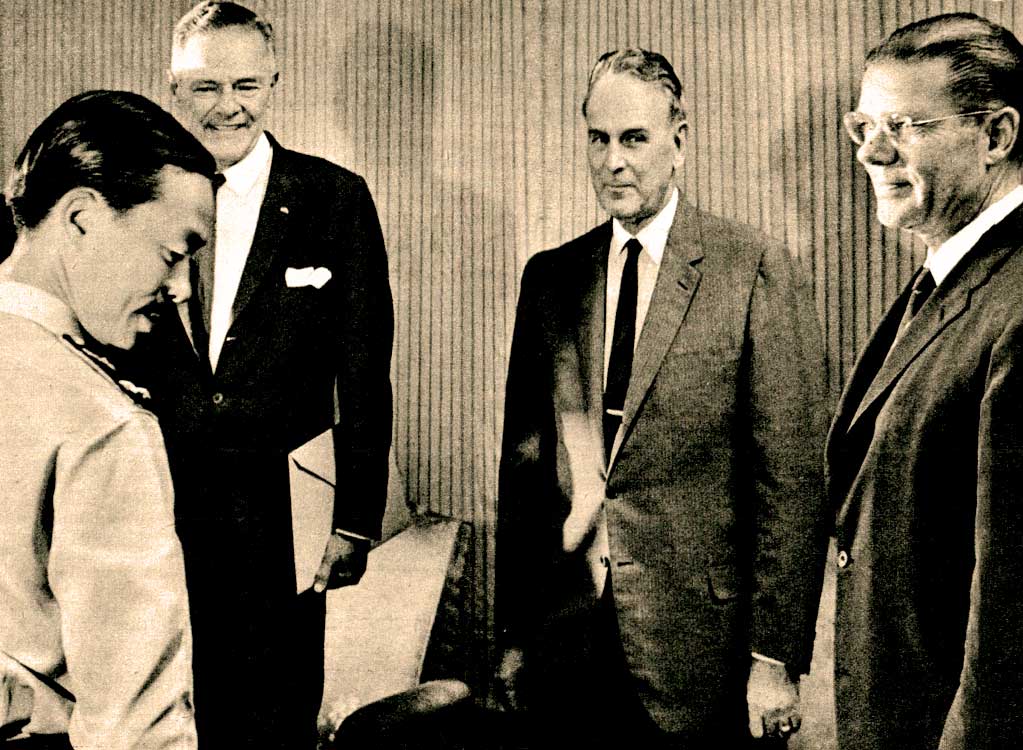 Gen. Ky and Robert McNamara - down the rabbit hole we go.

Gen. Ky and Robert McNamara – down the rabbit hole we go.

And while we were mourning the passing of that great statesman Adlai Stevenson, a press conference was taking place. Defense Secretary Robert McNamara was giving a bleak assessment of the growing war in Vietnam. Buried in there was word that spending for Defense had fallen – and that offered a hopeful, if not temporary sign, the economy was getting a grip on things.

But Vietnam was another story – to go along with escalation was also news of increased U.S. troop buildup, which meant a higher draft call, which meant a lot of boys graduating high school in 1965 were heading toward uncertain futures in one of the branches of the Armed Services.

Vietnam was looking like it was going to be around for a while – despite assuring messages from McNamara, there was a war going on – and we were stuck in it.

Here are highlights of that Press Conference, as delivered by Secretary of Defense Robert McNamara and broadcast over the ABC Radio Network on July 14, 1965.