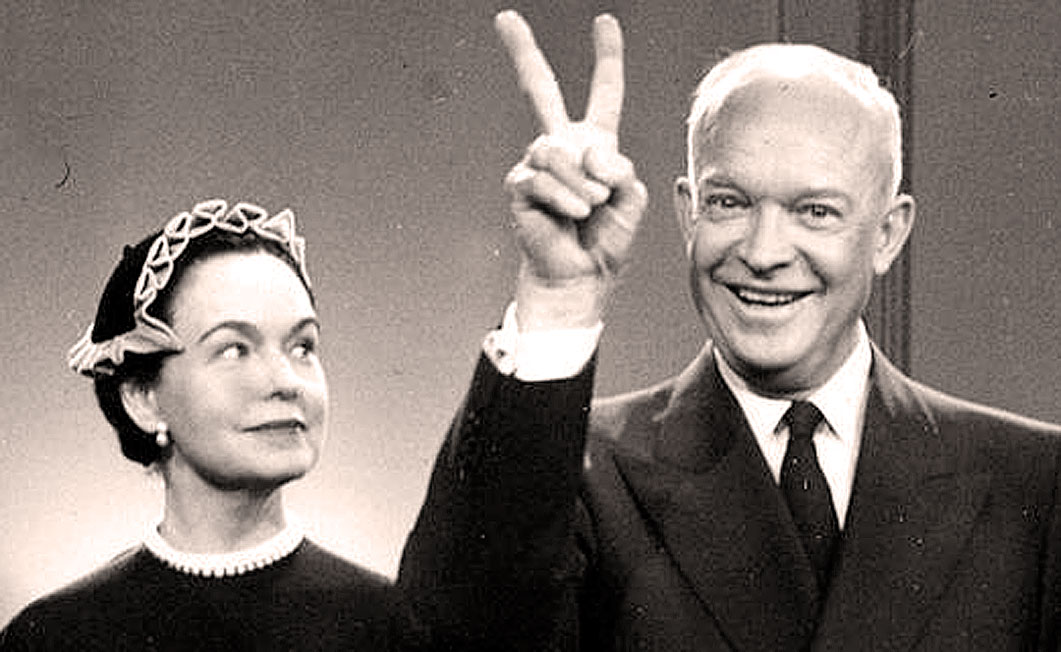 Ike with Health, Welfare And Education Secretary Oveta Culp Hobby. Health care was a problem, even in the 1950s.

Ike with HEW Secretary Oveta Culp Hobby. Affordable health care was a problem, even in the 1950s.

Further proof that the question of affordable Health Care has been with us for decades comes from this 1954 recording featuring then HEW Secretary Oveta Culp Hobby. Hobby is introduced by President Eisenhower who had proposed a system of affordable health care to those unable to pay for it. The plan was to ask Congress to approve a $25 million budget to extend health care coverage to the uninsured and reimburse insurance companies should they run into excess loses – in a way, government insuring the insurance companies. As of 1952, some 90 million people had health insurance, but over 63 million had no health insurance. It was the Eisenhower plan to increase the numbers of insured, and in doing so, bring down the cost of health insurance.

By the 1950s, Harry Truman’s plan for national health insurance had failed. The United States was not following the movements of many international “cradle-to-grave” models of health care provision. Within Congress and the overall health care system, “ideas about universal rights were pushed back in favor of the ideology and practices of US-style rationing.” Hoffman found that, while the quality of health care in the United States grew exponentially in subsequent years, the benefits of such health care were not provided to all. Health care would not be provided as a “right,” but as economic options for those who had the ability.

But even in 1954 it was a tough battle. Shortly after his proposal was introduced, it was shot down on Capitol Hill, with the House rejecting it outright and the Senate not even considering it.

But to give you an idea of what the Eisenhower proposal was all about, here is that address by HEW Secretary Oveta Culp Hobby, given on July 7, 1954.