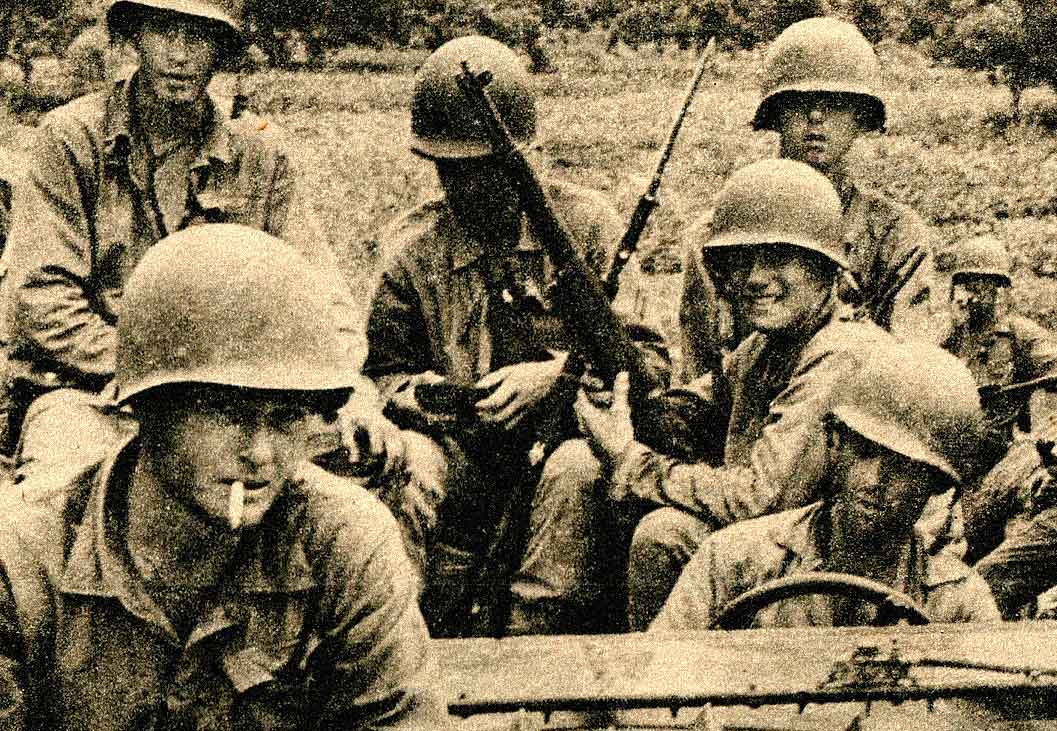 Korea: Bore more of a resemblance to World War 1 than World War 2.

July 28, 1950 – The Situation In Korea – News From The Front – Talk Of Homefront Mobilization.

Bore more of a resemblance to World War 1 than World War 2.

The war in Korea was the main news of the day. North Korea was mounting an offensive all along the line separating North and South and involving some 45,000, and possibly as many as 90,000 North Korean troops. The attack began in the middle of the night with elements of the 1st Cavalry outnumbered by as much as 4 to 1. Bad weather hampered Air support but reports from the front claimed the 1st Cavalry was holding and trying to shore up the wedge the North Korean troops were driving as the result of the surprise attack.

News from General MacArthurs headquarters painted a determined picture, saying the attack was an attempt at driving U.S. forces out of Korea, but that it was failing and the situation would be stabilized within a week.

Despite the upbeat assessment from the front, the White House was concerned about stockpiling critical materials, with a report saying only about 38% of its goal of stockpiling was achieved and that there was no hope of achieving its minimum goal by 1953. President Truman requested an additional $600 million from Congress to speed up the process as well as an additional $18 million to repair units of the Reserve fleet, in the event its needed. The Senate approved $18 billion in Defense funds, part of the “single-package appropriation bill”, with the measure passing the Senate in less than 10 minutes.

The Armed Services committee said it would increase its troop strength from some 1/2 million to 3/4 million. It didn’t necessarily mean the additional quarter-million troops would all be draftees. Some of the slack would be made up from Reserve and National Guard units.

And the subject of Homefront Mobilization was topic of conversation between President Truman and his cabinet earlier in the day.

All that, and a lot more going on in the world, this July 28, 1950 as reported by Larry Leseur, substituting for Edward R. Murrow and The News.