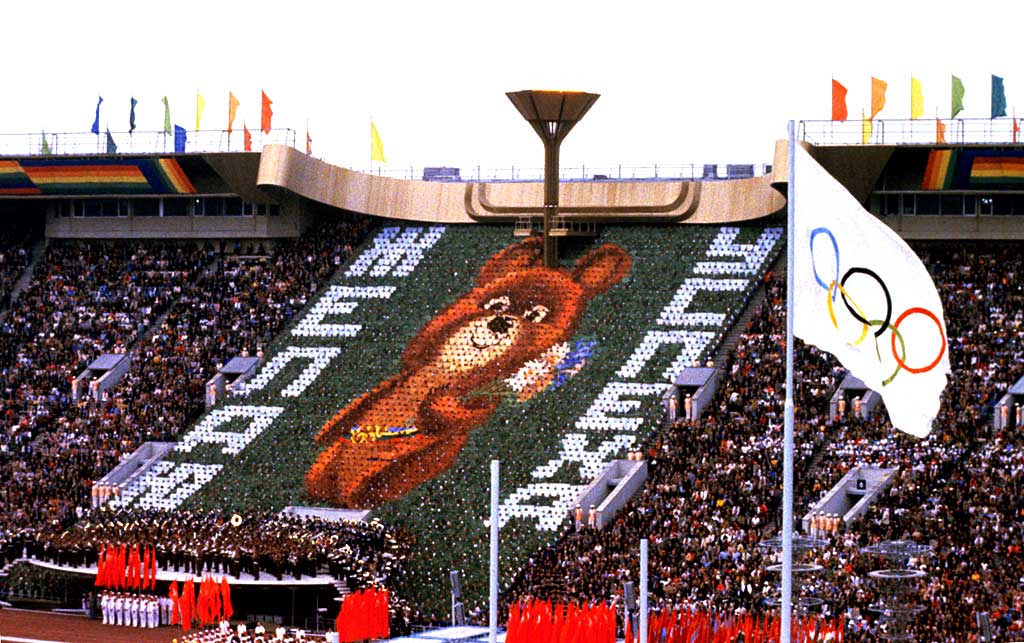 August 3, 1980, the Olympic games in Moscow came to an end. Since the U.S. and 65 other countries were boycotting the games, as a reaction to the Soviet invasion of Afghanistan, it turned into something of a political event – the ones losing out were the athletes, most of whom trained for years and lifetimes. Somehow, the Olympics got stuck in a political tug-of-war, which resulted in the Soviet Union boycotting the 1984 Olympic games in Los Angeles. The spirit of the games got mired in the spirit of tit-for-tat.

Eighty nations were represented at the Moscow Games – the smallest number since 1956. Led by the United States, 66 countries boycotted the games entirely because of the Soviet–Afghan War. Some athletes from some of the boycotting countries (they are not included in the list of 66 countries that boycotted the games entirely) participated in the games under the Olympic Flag. The Soviet Union would later boycott the 1984 Summer Olympics. The Soviet Union won the most gold and overall medals, with the USSR and East Germany winning 127 out of 203 available golds.

Despite getting scant coverage by our own media, it was nonetheless covered throughout the rest of the world. And Radio Moscow made much political hay out of the controversy, peppering coverage of the closing ceremonies with well-placed barbs at our Foreign policy and the usual Cold War rhetoric, all the way down to claims that Radio was really invented by a Russian.

But it was a historic day, during a historic time. And to give you a glimpse into August 3rd in 1980, here is a 90 minute extract of Radio Moscow’s North American Service, which includes highlights of the Closing ceremonies and a lot of commentary.

It’s Shortwave, meaning the sound is distant, noisy and fading in and out. That was what it was like prior to streaming – if you wanted to know what was going on in the rest of the world, you had to be deft at dial-twisting, making sure the signal was clear, and you were in just the right place.