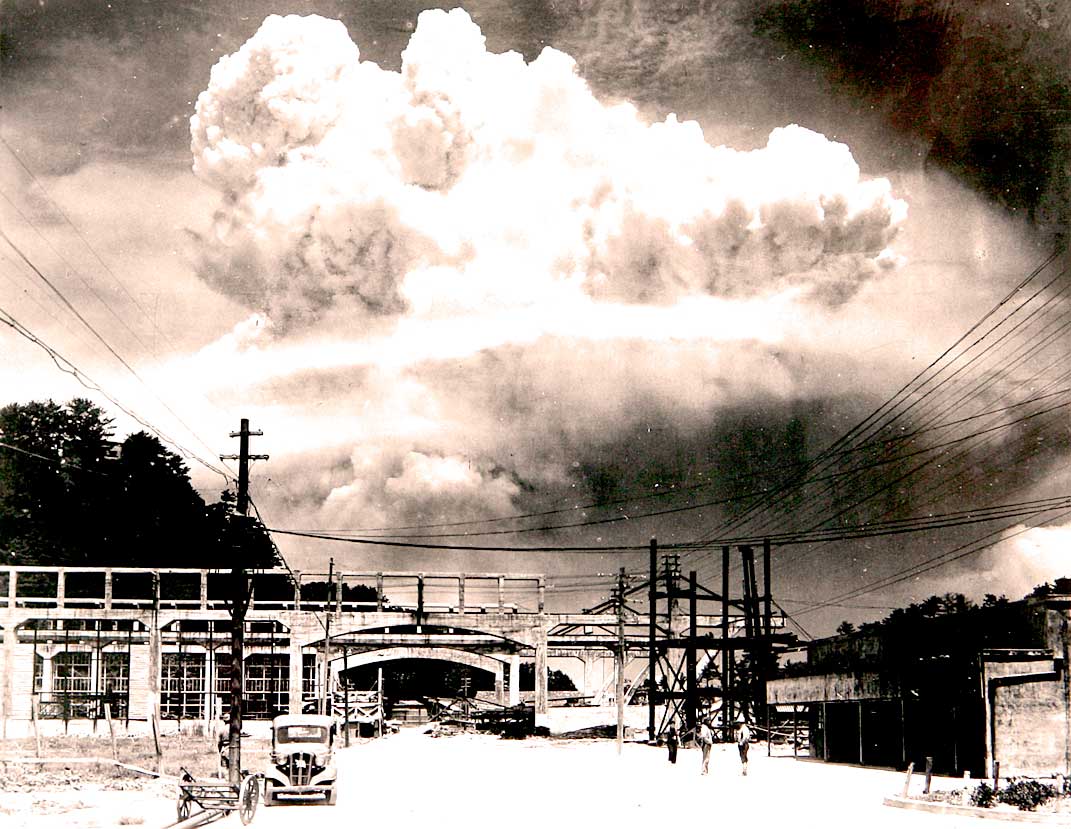 Nagasaki: And the second one was bigger than the first.

Nagasaki. And the second one was bigger than the first.

And while President Truman was reporting on the aftermath of the Hiroshima bombing on August 9, 1945 another bomb, more powerful than the first, exploded over Nagasaki. The promised “Rain of Ruin” which Truman proclaimed after the Hiroshima Atomic attack, was continuing with heavier casualties and even more destruction than the first.

The devastation wrought at Hiroshima was not sufficient to convince the Japanese War Council to accept the Potsdam Conference’s demand for unconditional surrender. The United States had already planned to drop their second atom bomb, nicknamed “Fat Man,” on August 11 in the event of such recalcitrance, but bad weather expected for that day pushed the date up to August 9th. So at 1:56 a.m., a specially adapted B-29 bomber, called “Bockscar,” after its usual commander, Frederick Bock, took off from Tinian Island under the command of Maj. Charles W. Sweeney.

All the scenarios were conspiring to wonder if it was going to be continued Atomic Bomb attacks, until there was nothing left of Japan, or if the attacks would stop in order for an invasion to begin.

Most people, including newsman Gabriel Heater, suggested it was only a matter of hours or days before Japan would capitulate and the war would be over very soon.

Without reporting on the actual Nagasaki bombing, Heater reports on the surrender climate and the chances for a surrender announcement to come.

That was how it looked, via Gabriel Heater and The News from Mutual on August 9, 1945.