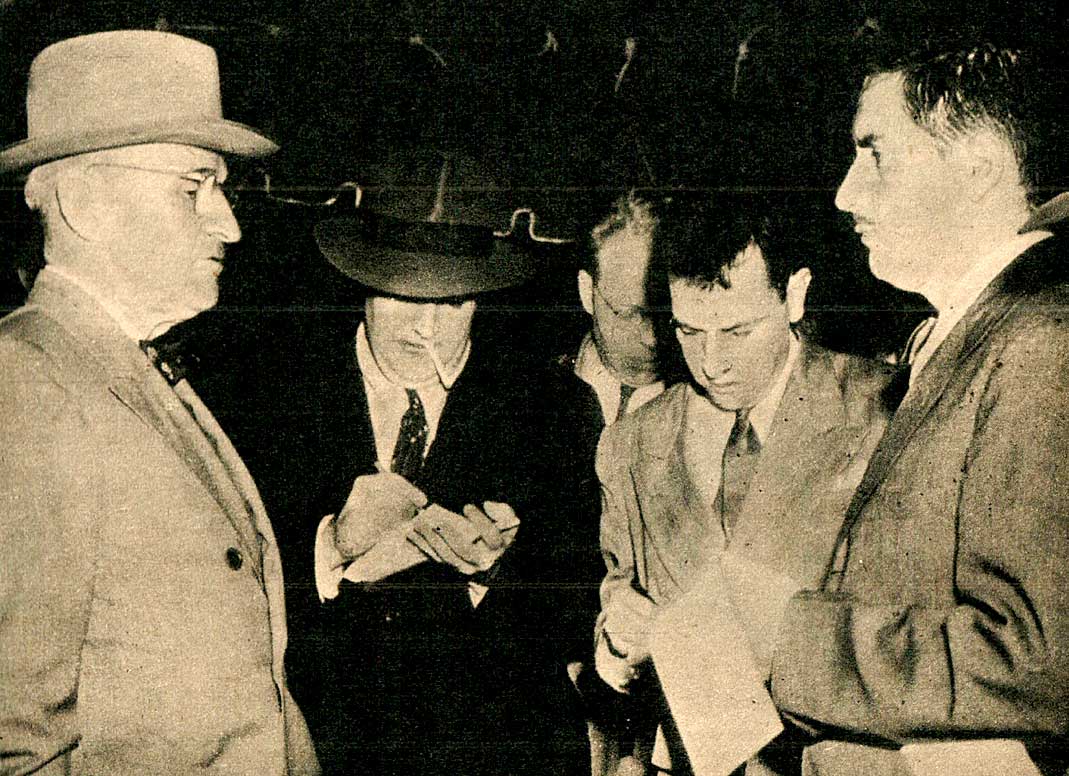 President Truman and the Press - even a twitch was a sign.

President Truman and the Press – even a twitch was a sign.

August 12, 1945 – As the minutes and hours ticked away, and with no official sign from Tokyo that surrender terms were agreed on, the anxiety over waiting for some indication that an official end to World War 2 was running at fever pitch.

Newscasts told of continuing fighting, mostly between Russia and retreating Japanese troops in China. But news at home was about what was and what wasn’t being taken off the ration list; what the end of the war was going to mean for jobs, for the economy, for the Armed Forces. A lot of speculation, because there wasn’t much else to talk about. The War was going to be over soon – but when the official word was going to come, everyone waited and watched and hung on every newscast and bulletin.

Here are two examples of what was going on that August 12 in 1945. The first one are two newscasts via NBC and WEAF in New York – the first is the 9:00 am news and the second is the 11:00 pm late news. The second comes via WOR-AM and The Mutual Broadcasting Network and gives an example of what the day actually sounded like, news and all. August 12th was a Sunday, and so the radio dramas which were typical of the period, were about returning soldiers, family and Church.

I purposely left the radio dramas in to give you an idea of what the social and popular culture aspect of the day-to-day was like in 1945. This was pretty much typical for daytime programs during those years, long before TV. They may sound strange and over-the-top by todays standards, but this was what the mainstream was all about in the decade of World War 2; when radio was a staple in the diet of every American home.