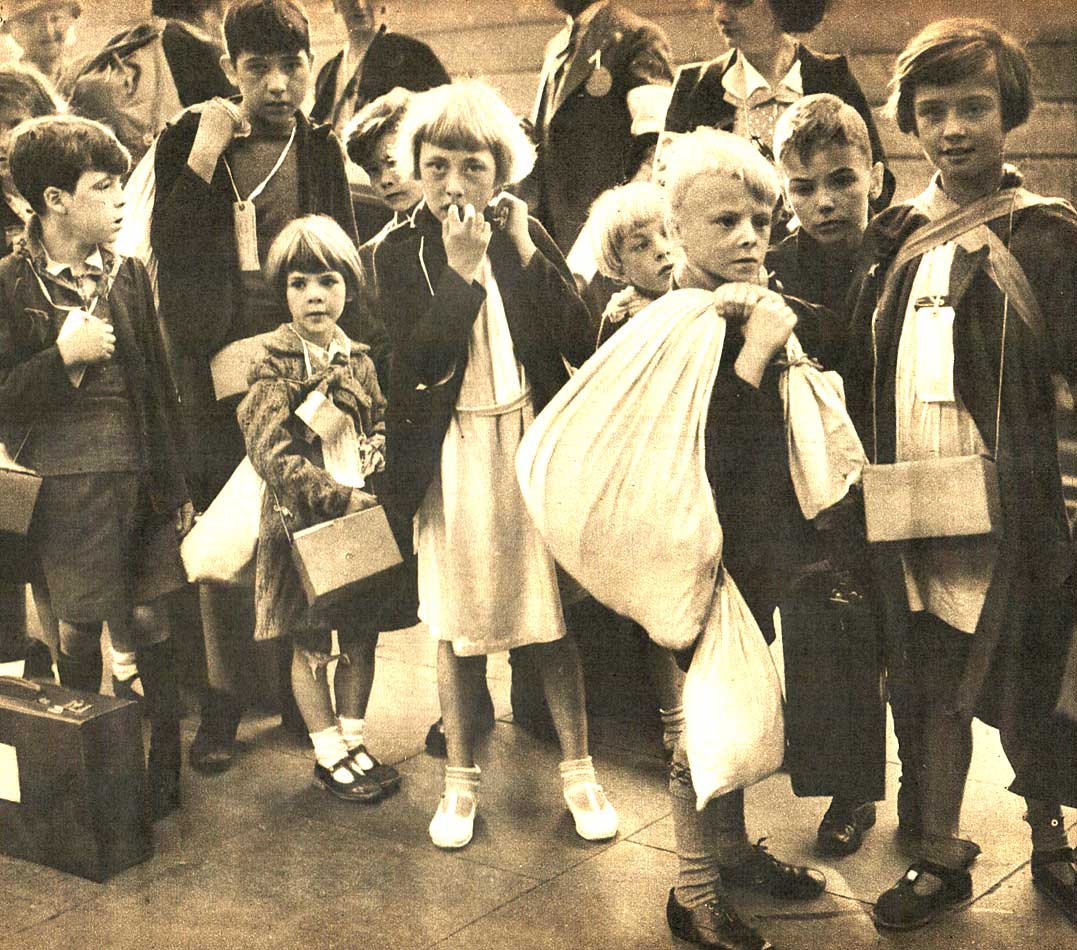 Leaving London - not sure for how long.

Mobilization And State Of Siege – September 1, 1939

Leaving London – not sure for how long.

As the final negotiations ended, and the last letter of appeal delivered, precautions were underway for what was going to be a long and deadly war. On this September 1st in 1939, the British Ambassador to Berlin handed the German Foreign Minister a final note, saying in effect that, if Germany didn’t withdraw from Poland and relinquish its claim for disputed territory, a state of war would exist.

On this day, the Great Evacuation from London of Children and elderly began, filling trains with some 3 million people, heading out of the War Zone for the country. This first 400,000 children left London before the end of the day.

Here is a one hour excerpt from the broadcast day of September 1, 1939 as presented by the BBC World Service