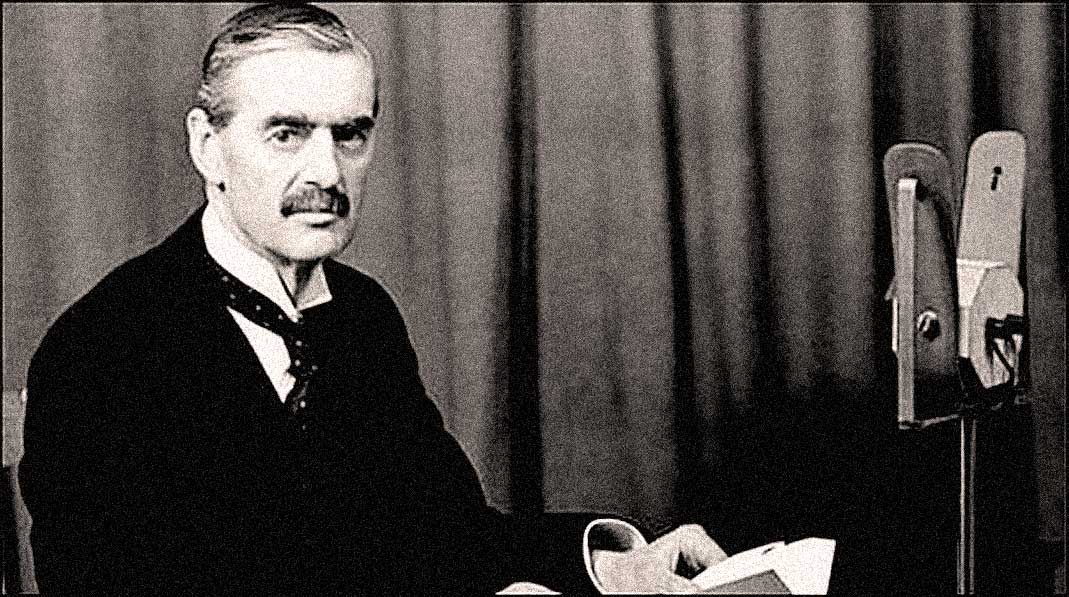 A year earlier; Peace In Our Time. Time became irrelevant.

A year earlier; Peace In Our Time. Time became irrelevant.

This day in 1939, we were about to plunge into the most devastating and costly wars in our history. After many attempts at negotiating and diplomatic wrangling, Nazi Germany abandoned talks and proceeded to send troops across the border into Poland. The action was a provocation of War, and Prime Minister Neville Chamberlain broadcast to the world that all negotiation had failed and that a state of war existed between the two countries.

At 1115 BST the Prime Minister, Neville Chamberlain, announced the British deadline for the withdrawal of German troops from Poland had expired.

He said the British ambassador to Berlin had handed a final note to the German government this morning saying unless it announced plans to withdraw from Poland by 1100, a state of war would exist between the two countries.

Mr Chamberlain continued: “I have to tell you now that no such undertaking has been received and consequently this country is at war with Germany.”

Similarly the French issued an ultimatum, which was presented in Berlin at 1230, saying France would be at war unless a 1700 deadline for the troops’ withdrawal was adhered to.

Hitler’s increasingly aggressive foreign policy led to the invasion of the Czech lands (Bohemia and Moravia) in March 1939.
Britain and France subsequently agreed to support Poland in the event of a German invasion.

But their agreement did little to deter Hitler, who attacked Poland on 1 September 1939.

The outbreak of war led to large-scale evacuation of women and children from London and other large cities. Other emergency measures were also declared.

Following his address, precautions were taken and mobilization was underway across Britain and France, to prepare for anything – now that War was official and there was no turning back.

A short address – one which didn’t need to convey more than it already did. The waiting was over – the war was now on.

Here is that address by Prime Minister Neville Chamberlain, as given on September 3, 1939.