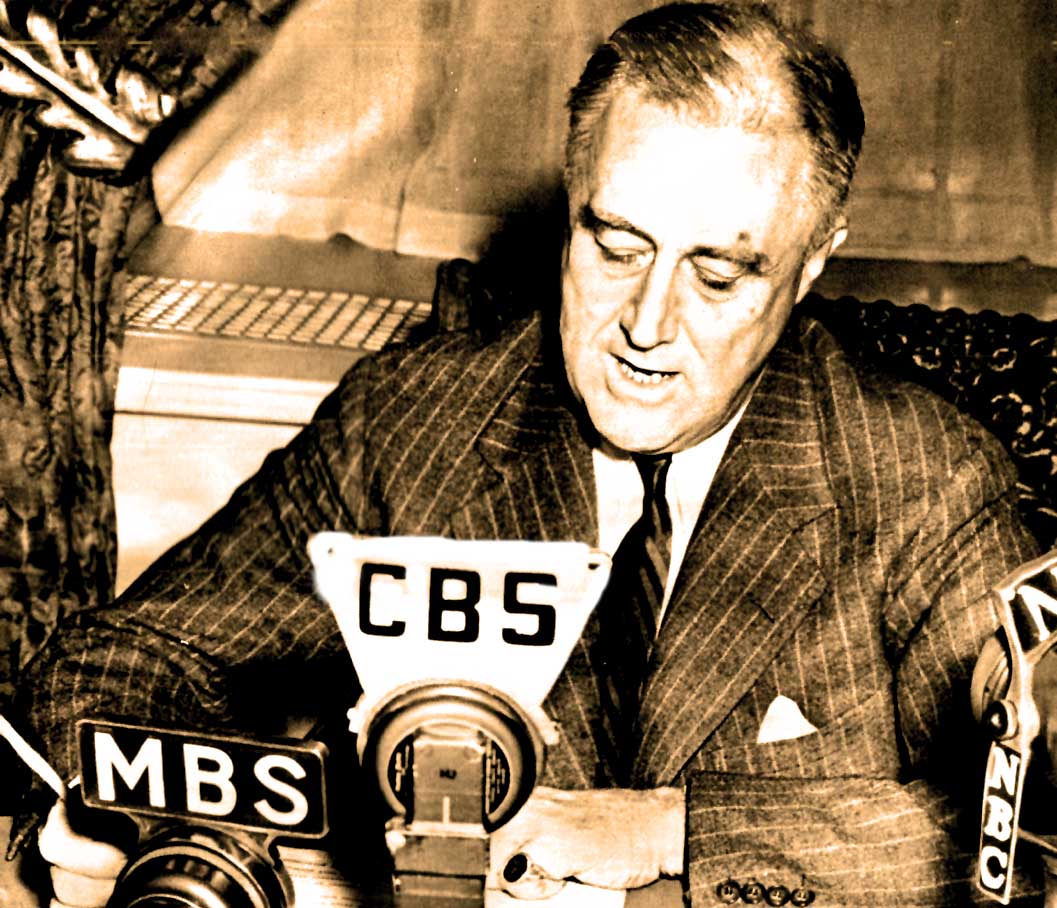 A Labor Day in wartime.

A Labor Day in wartime.

With Europe at War and America becoming increasingly involved, Labor Day in 1941 (which came on September 1st that year) found the U.S. geared for war production – the labor force turned to building a military arsenal, the factories and shipyards churning out supplies to aid Britain and our own involvement only months away.

President Roosevelt delivered his Labor Day address in 1941 with a sense of the inevitable, but a sense of determination that the Axis powers would not win the war:

President Roosevelt: “On this day—this American holiday- we are celebrating the rights of free laboring men and women.

The preservation of these rights is vitally important now, not only to us who enjoy them—but to the whole future of Christian civilization.

American labor now bears a tremendous responsibility in the winning of this most brutal, most terrible of all wars.

In our factories and shops and arsenals we are building weapons on a scale great in its magnitude. To all the battle fronts of this world these weapons are being dispatched, by day and by night, over the seas and through the air. And this Nation is now devising and developing new weapons of unprecedented power toward the maintenance of democracy.

Why are we doing this? Why are we determined to devote our entire industrial effort to the prosecution of a war which has not yet actually touched our own shores?

Our vast effort, and the unity of purpose that inspires that effort, are due solely to our recognition of the fact that our fundamental rights– including the rights of labor—are threatened by Hitler’s violent attempt to rule the world.

There has never been a moment in our history when Americans were not ready to stand up as free men and fight for their rights.

In times of national emergency, one fact is brought home to us, clearly and decisively—the fact that all of our rights are interdependent.

The message just as relevant today as it was in 1941. Maybe more so.

Lest we all forget what the celebrating’s about.