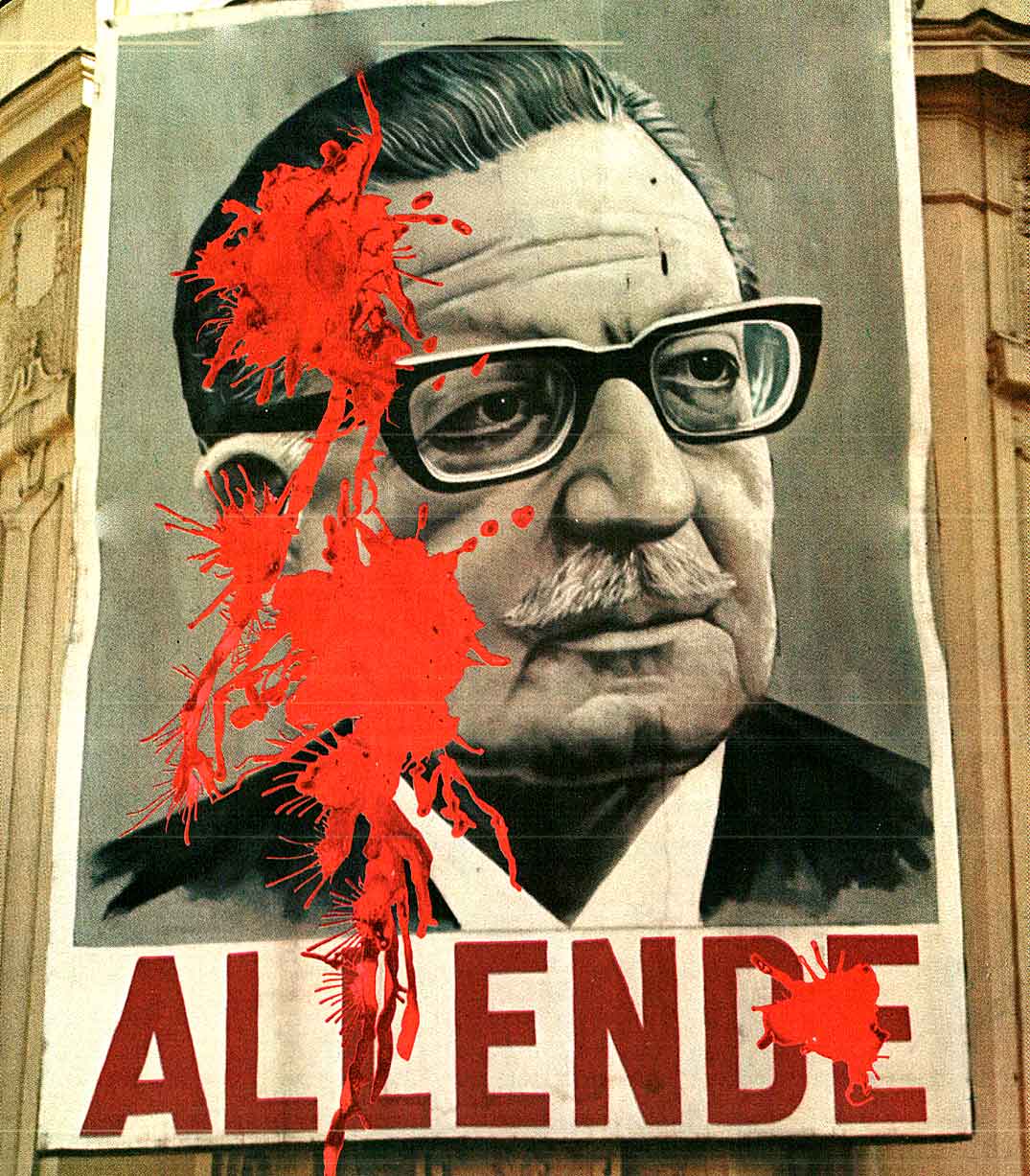 Another September 11th, also known for its infamy, but one which has taken a backseat to the events in Manhattan some 28 years later. This September 11th was about Santiago Chile and the overthrow of a democratically elected President, by a military supported and funded by the CIA. Why? Because we saw a threat in Salvatore Allende. We saw a left-leaning government on the fast-track to Marxist embracing and that scared the hell out of those in Washington.

So Salavtore Allende was overthrown, deposed and killed by a military junta headed up by Augusto Pinochet. What happened next was a textbook for human rights violations as Pinochet rounded up intellectuals, musicians and activists and routinely jailed or murdered them by the thousands. It became a very dark period in the history of Chile, and an even darker one for the sake of Human Rights.

As a reminder of that “other 9/11”, here is a re-cap, as presented by the CBS Radio weekly program The World This Week, originally broadcast on September 15, 1973.