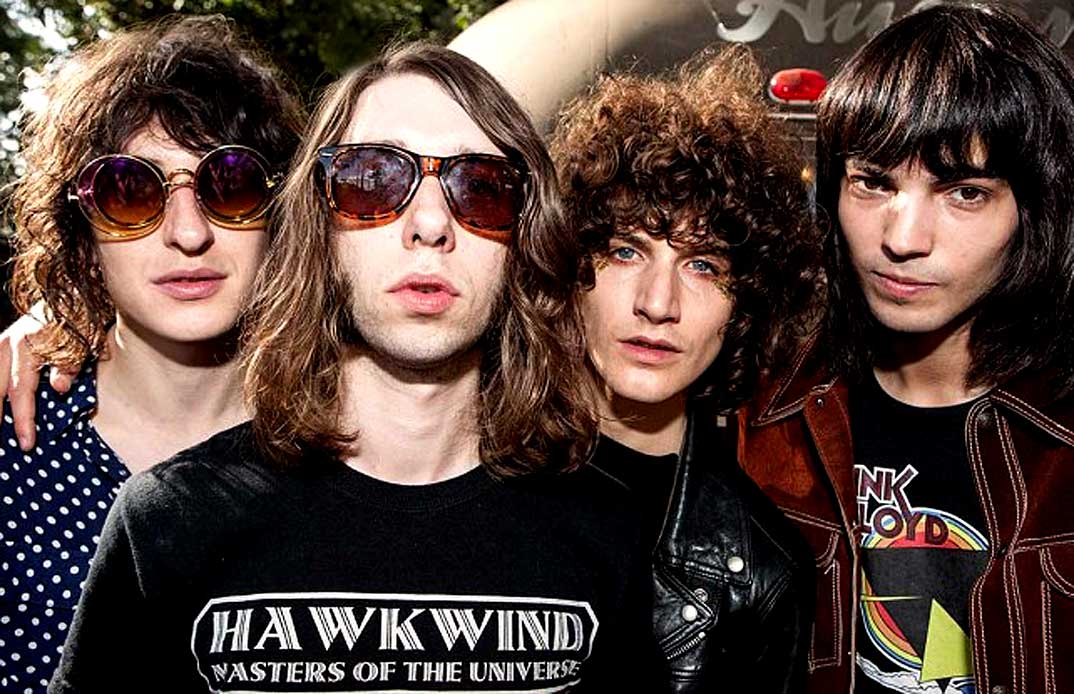 Earlier during this festival season, I posted a Temples gig at the Best Kept Secret Festival in Holland from June 20. Here is another performance by this seemingly everywhere-band, recorded three days later in Paris during the Oüi-Fm Festival, put on and broadcast by the venerable station of the same name.

What’s interesting, especially when you start following bands from their beginnings, is to notice the changes they go through in the process of doing the nightly grind. In the case of Temples, it’s been a growth process. The difference between the band I ran a couple years ago, just starting out and releasing their first single, and the band on stage during this show is marked. They are tighter, more assured – they’ve lost the nerves and the insecurities. They’re taking musical chances and it’s working. In short, they are growing up before our eyes and ears.

Don’t know about you, but it’s the reason I love hearing a band live; without the comfort of re-takes, remixes and overdubs. Flying solo without a safety net. It’s what’s having a profound musical experience is all about.

I predicted big things for this band – so far, my track record has been good and I see no reason to change my opinion now. It will be interesting to see what Temples are up to for the rest of the year – if they are going to rest and regroup, picking it back up for the Fall and Winter or head into the studio. Whatever the rest of the year brings, Temples have grown immeasurably over the year. Fingers crossed they keep it going.

In the meantime, check this concert out and the one from three days earlier I ran back in June and see what you think.

Crank it up and get ready for the week.